How to Watch UEFA Champions League 2021 Without Cable 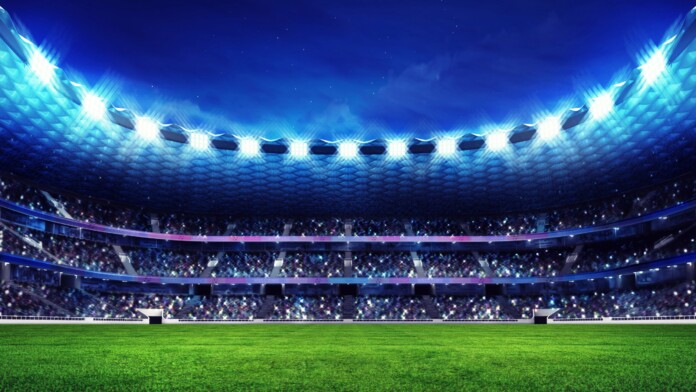 The excitement is brewing in the world of football as the 2021/22 UEFA Champions League finally gets underway this week. 32 of Europe's biggest and most prolific clubs will battle it out to win one of the most prized possessions in the sport. The annual competition is considered Europe's premier club football tournament, and players from all over the world dream of playing in and winning the prestigious UEFA Champions League.

The Champions League has featured some dramatic, scintillating, and entertaining matches over the years, and there is no reason why this season will be any different. Here we will give you all the information you need on how to watch the 2021/22 UEFA Champions League from anywhere in the world without cable.

The full 2021/22 UEFA Champions League group stage schedule is listed below. The knockout stage will take place after the group stage - it will start in February with the round of 16, followed by the quarterfinals in April, the semi-finals in April, and May. The final will occur at the Krestovsky Stadium in Saint Petersburg, Russia, on May 28, 2022.

CBS and TUDN USA have the rights to broadcast and stream all the Champions League matches live in the United States, and all games can be live-streamed on Paramount+.

How to Watch the 2021 UEFA Champions League Online From Anywhere?

If you happen to be living abroad or are traveling outside the United States for some other reason, you may need a VPN subscription to watch the 2021/22 UEFA Champions League matches, as the live TV services and streaming platforms are all geo-blocked. But there is a simple way to bypass this.

In order to watch the UEFA Champions League outside the United States, all you have to do is get an active VPN subscription, which will make it seem like you are in the United States even when you are not.

We recommend using ExpressVPN, which is a VPN tool used by millions of people around the world. It has thousands of available servers, which means you can have your pick of locations. And the best thing about this reliable software is that it works with almost every streaming service, unlike many other VPNs.

All you have to do is go to their website, subscribe to ExpressVPN (49% OFF), and you can make use of the 30-day money-back guarantee if you don't enjoy the software. Then fill out all your details, select your desired subscription plan, and download the app. After that, just set up the United States as your virtual location, and you will be able to watch the UEFA Champions League live. Having a VPN subscription will give you access to a number of streaming services like fuboTV, and you will be able to watch all your favorite players in action.

If you would like to consider alternative VPN software to ExpressVPN, be sure to read our reviews of the best VPN services.

How to Watch 2021 UEFA Champions League Without Cable?

There are several available streaming services that will allow you to stream Champions League matches on the go without the need for cable and on your favorite devices. Here we take a look at the ways in which you can watch the Champions League live without cable.

Paramount+ is a fascinating platform that allows you to watch several sporting and non-sporting events. You can get access to original CBS shows and movies, as well as exciting sporting events like the UEFA Champions League.

If you do not want to watch the UEFA Champions League on Paramount+, another popular alternative available is fuboTV, one of the world's widely used streaming platforms. It offers users access to multiple sporting events (and includes CBS Sports as part of its main bundle), and a monthly subscription starts from $64.99. You will also get a 7-day free trial if you are a new subscriber. For more information, you can read our review of fuboTV here.

Another great available alternative is the popular Hulu + Live TV. It is another easy-to-use streaming service, but unlike fuboTV, it only has one bundle of 75+ top channels, including sports and news. For the UEFA Champions League fans, CBS sports is part of the list of channels on Hulu + Live TV. A monthly subscription to Hulu + Live TV costs $64.99. But it includes both its Live TV and its On-Demand content library featuring original movies and TV shows. So basically, you get two services in one subscription. You can read our Hulu Live TV review here.

Last up on our list of options to watch the 2021/22 UEFA Champions League is YouTube TV, which features a single bundle that has more than 85 channels. It is an excellent streaming service that gained great reviews from users all over the United States. CBS Sports is included as part of the available channels on YouTube TV, so you can watch all UEFA Champions League matches live on it. Be sure to read our YouTube TV review here for more information on the service.

How to Watch the 2021 Champions League Semi-Finals in Other Countries?

Almost every country in the world has broadcasting rights to the UEFA Champions League. Here are some of the networks that will allow you to watch the competition live across various countries.

Which Teams Are Participating in the 2021 UEFA Champions League?

We will see some of the world's biggest names in football take the pitches across Europe as the action kicks off this week. Thirty-two of the world's most talented teams from Europe will take part in the 2021/22 UEFA Champions League. Leading the way will be defending Champions League winners Chelsea, who defeated Manchester City in last year's final. Manchester United and Liverpool are the other two English teams in the competition. Buoyed by the return of football superstar Cristiano Ronaldo, Man United will fancy their chances of making a deep run into the competition.

Also among the favorites are French giants Paris St. Germain. With Kylian Mbappe and Neymar in top form, PSG has added another superstar to the mix with Lionel Messi. Considered the greatest player ever to play football, Messi will be eyeing Champions League glory with his new club following his summer move from Barcelona. Head coach Mauricio Pochettino will be spoilt for choice when it comes to picking out his attack, and we will see a glimpse of PSG's credentials when they go up against Manchester City in the group stage. With midfielders Phil Foden, Kevin de Bruyne, and Ilkay Gundogan leading the way, the Premier League champions will feel that they have what it takes to win the Champions League this season.

Among the other contenders will be record champions Real Madrid, as well as 2020 winners Bayern Munich. Juventus, Inter Milan, AC Milan, and Atalanta BC will be the four representatives from Italy, and they could certainly play spoilsport for the favorites.

One team to watch will be Borussia Dortmund, who boasts one of Europe's most exciting young squads. Led by the free-scoring Erling Haaland, Dortmund could be one of the dark horses to win the tournament. Other teams in the dark horses category will be Spanish champions Atlético Madrid, the struggling FC Barcelona, and Dutch giants AFC Ajax.

The remaining teams in the Champions League group stage are listed below.