How to Watch Saw Movies in Order? 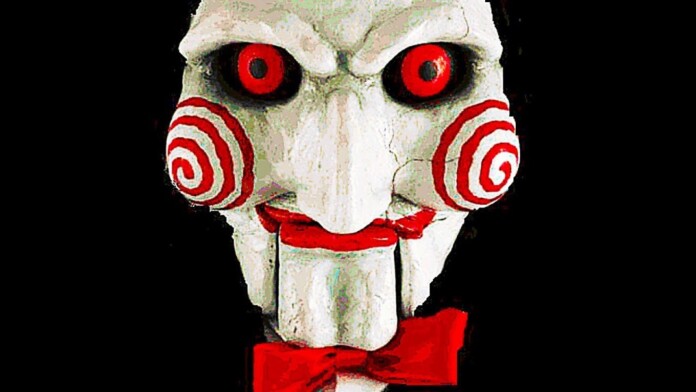 If you feel like having a bit of a scare with a horror movie series, then Saw may be the right one for you. With plenty of movies released already and a new one incoming in May 2021, we’re going to dive into how you can watch the Saw movies in order.

This horror franchise kicked off back in 2003 when the creators put together a very short film, trying to sell their idea to a studio so they can create a proper movie. By 2004, they had managed to put a film on the market, and following the massive success it had, it only grew from there.

In fact, with a budget of just $77 million for eight movies, the Saw franchise has managed to close in on the billion-dollar mark.

Who Plays in Saw Movies?

The Saw movies have a few constant members of the cast, while the rest change depending on the requirements of the movie. We can name Tobin Bell as Jigsaw, Shawnee Smith, Cary Elwes, Leigh Whannell, but we’ve also seen the likes of Danny Glover, Ken Leung, Dina Meyer, Donnie Wahlberg, Scott Patterson, and it looks like the ninth movie will feature Chris Rock and Samuel L. Jackson.

How to Watch Saw Movies in Release Date (Chronological) Order?

Watching the Saw movies in order is not going to be too difficult as you have to follow the release date.

The movies follow John Kramer and his wife Jill, whose lives are ruined after a miscarriage and his cancer diagnosis. Before long, he turns into Jigsaw, a sadistic killer who likes to set traps for his victims, turning their deaths into a game. Each of the movies tells the story of a new victim.

The first seven movies are connected, and the story picks up right after the previous one ended. The eighth movie can be watched as a standalone story, so you can technically watch it whenever you feel like it. However, some continuity is recommended.

Where to Watch Saw Movies?

If you also want to make sure you can watch the Saw movies, you have to check out some streaming platforms. Of course, you can also rent them or purchase them outright.

One thing you’re going to have to be aware of is the fact that licensing deals often change hands. So, while right now, these are the platforms where you can enjoy the Saw movies, it may not be where you can watch them in two or three months.