How to Watch Resident Evil Movies in Order? 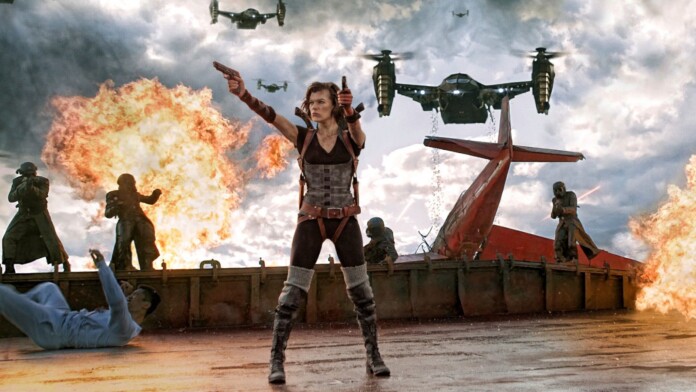 Unlike other franchises, the Resident Evil movies come with no numbers in the titles, which may turn out to be a bit confusing for many who want to start up binging on this series.

Thankfully, enjoying the films can be done in a simple, streamlined order since there are no time jumps, no traveling back in history, and so on. Basically, the release order is also the chronological order to watch these films, so it’s fairly easy and cool to enjoy them like this.

Another thing that sets the Resident Evil series from other survival horror films is that it is based on a video game series. If you’re into gaming, you may want to try those out as well, as many fans believe they’re better than the movies entirely.

Who Plays in Resident Evil?

The cast for The Resident Evil has changed a bit over the years, with new actors joining in as various characters are killed off. The actors and actresses that have played in this movie are Milla Jovovich, Ever Gabo Anderson, Jason Isaacs, Iain Glen, Eric Mabius, Michelle Rodriguez, James Purefoy, Colin Salmon, Wentworth Miller, and more.

How to Watch the Resident Evil Movies in Order?

Watching the movies in order is super easy to do and you only have to follow the year they were released. This is how you can enjoy them:

As you can see, there’s no variation there, but that’s ok – sometimes simplicity is what makes a franchise great.

In November 2021, there’s a new Resident Evil movie planned to be released – Resident Evil: Welcome to Raccoon City. It serves as a reboot of the film series entirely, starring Kaya Scodelario, Robbie Amell, Tom Hopper, Neal McDonough, and others. The film will be set in 1998, during the events of the first and second games in the series.

How to Stream Resident Evil Movies?

Streaming the Resident Evil movies isn’t very difficult to do and you can definitely keep up with all of them.

As you can see, some movies are missing from the list right now, but the good news is that streaming platforms always update their lists, so they may make a return sooner rather than later. Otherwise, you can always rent the movies out for a few bucks.