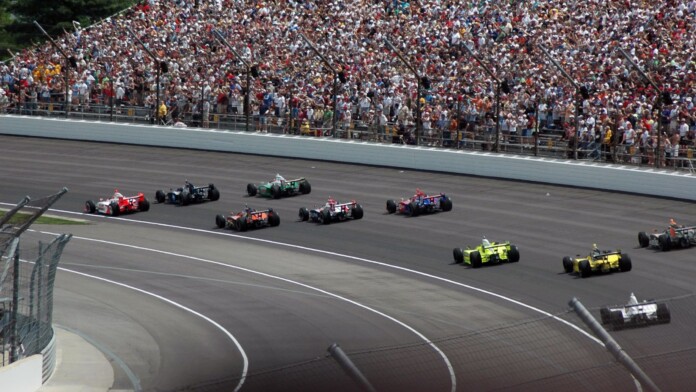 Racing fans will be in for a treat this weekend as the Indy 500 takes place this weekend. The popular race has often been called the greatest spectacle in racing, and it is also regarded as part of the Triple Crown of Motorsport, alongside the Monaco Grand Prix and the 24 Hours of Le Mans. The Indy 500 race is watched by people all over the world, and we will get to experience it live again this weekend.

Sunday’s race will mark the 105th edition of the Indianapolis 500, and we should be in for another fascinating contest. Here we have all the details on how you can watch the race live from anywhere in the world without cable.

The 2021 Indy 500 will happen Sunday, May 30. As always, the race will take place at the Indianapolis Motor Speedway. It is contested as part of the IndyCar Series, and drivers will cover a distance of 500 miles or 805 kilometers and over 200 laps. The green flag to start the race will be waved at 12:45 p.m ET, and it will be broadcast live on NBC.

The Indianapolis 500 is steeped in tradition, and fans can also watch a number of ceremonies before and after the race, as well as events.

Some of the world’s best and most talented drivers take part in the Indy 500 every year. And this year will be no different, as 33 drivers will take to the circuit as they look to claim the important victory.

Scott Dixon is the pole-sitter, having won the qualifying session. Joining him in the front row will be Colton Herta and Rinus VeeKay.

We will also see history be made this weekend, as there will be a pit crew containing a majority of women for the first time since 1911. They will be a part of Simona De Silvestro’s team Paretta Autosport Chevy.

Also in action will be Team Penske’s former winner Will Power. Former Formula 1 racer Juan Pablo Montoya will also be there, while fans will be back in attendance, which will undoubtedly add to the quality of the race.

If you are currently traveling out of the United States or living elsewhere, you may find the service to be geo-blocked. But worry not, because we have a solution to this issue.

All you need to do is get a VPN subscription, which would allow you to get unlimited access to the Indy 500. A VPN will make it seem that you are based in the United States, which will lift the geo-restrictions.

We recommend using ExpressVPN, which is one of the most used and highly effective VPNs in the world. It works with almost every streaming service and also gives you access to hundreds of virtual locations. You can also take advantage of the other available offers provided by ExpressVPN, such as its 49% OFF deal, as well as its 30-day money-back guarantee. However, we are certain that you won’t be needing to use the latter.

In order to get an ExpressVPN subscription, all you have to do is go to the website, fill out all your details and pay the subscription fee. Then you can download the app and watch your favorite sporting events, including the Indy 500. But if you would also like to take a look at other VPNs, you can do so by checking out our list of the 6 best available VPNs.

With a large number of live TV platforms now available, it has become quite easy to watch your favorite sporting events live without cable. Now you can watch the Indy 500 on the go – and on your favorite devices. Here are some of the streaming services that will give you access to NBC.

The platform features NBC among several other networks and channels in its main bundles: Starter ($64.99/month), Pro ($69.99/month), and Elite ($79.99/month). For more information, advantages, and disadvantages of fuboTV, you can read our review here.

Next up we have Sling TV, which is another platform that has gained plenty of popularity. It provides you with several customization options, it is easy to use and relatively low-priced.

Sling TV has three available subscription packs, and all of them include the NBC Network: Blue ($35/month), Orange ($35/month), and Orange + Blue ($50/month). It also gives you several other advantages which are not to be missed when it comes to simultaneous streams and cloud DVR. If you want to find out more about Sling TV, you can read our review here.

Another streaming platform that will give you a great bang for your buck is Hulu + Live TV. Initially launched as an on-demand video platform, Hulu has gained a lot of popularity over the years. Now it also has its own live TV service, which includes dozens of your favorite channels. You can very easily find NBC as part of its list of 60+ channels.

A monthly subscription to Hulu + Live TV costs $64.99, which is great because you basically get two different platforms for a relatively small price. Here you can read our review of Hulu + Live TV.

If the other three options aren’t suitable for you, look no further than YouTube TV. A user-friendly platform without any complicated terms or packs, YouTube TV is reliable and allows you to watch your favorite channels live. It only has one bundle, which contains 85+ channels. NBC Network is included in that bundle, and you can get it for a monthly fee of $64.99. Here you can read our YouTube TV review.