Should You Buy a TV or a Gaming Monitor for the PS5? 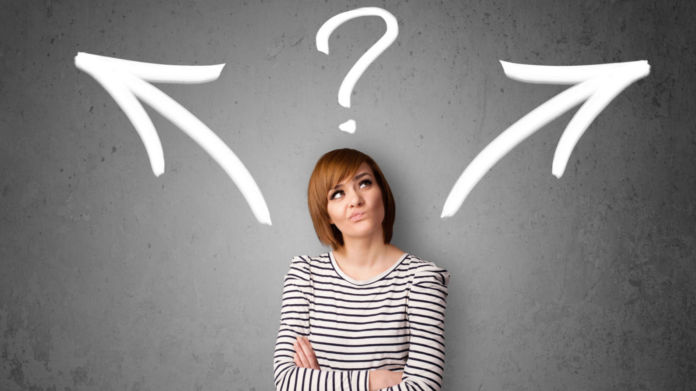 After the recent unveiling of the PlayStation 5 design, we are that much closer to finally getting our hands on Sony’s next-gen console. The specs are also ludicrous, so we are definitely expecting only the best in terms of visual quality, especially since Unreal Engine 5 was also announced just a few weeks ago.

The PS5’s hardware is nothing short of impressive, which is why the console will be able to run games even at 8K according to Sony – although 4K is still the target for the first few years. Not only that, but we can finally enjoy higher frame rates as well, which means that 60 FPS is no longer a hard cap for console gamers.

While all that sounds great, there’s a bit of a problem: What should you pair the PS5 with – a gaming monitor, or a TV?

For some people, this is a no-brainer since consoles are traditionally paired with a TV in order to enjoy the much bigger diagonal, which also allows you to play from the couch. This has been the norm for decades now, so it’s a bit unusual that this question is even relevant.

On the other hand, consoles have been running at 30 or 60 FPS since forever, and that’s also what the majority of TVs can handle anyway. The PlayStation 5 aims to change that, which is why a high refresh rate gaming monitor makes sense now.

Unfortunately, that does not mean it’s easy to make a decision. While gaming monitors are great in terms of response time and refresh rate, they are usually not big enough to satisfy most console gamers. Very few people want to deal with the issues that come along with 27” displays, and the bad news is that bigger monitors are also more expensive.

In addition, TVs have the opposite problem. Hence, while size is not an issue in their case, not many models are able to push more than 60Hz, and their input lag is pretty abysmal as well. Granted, there are a few outliers, but only if you are ready to pay a hefty amount of cash.

Since both options have their pros and cons, we are going to try and argue for both sides, while outlining the benefits and the drawbacks that come along with them. While the final decision is obviously up to you and your specific needs, it’s always good to be informed about any potential issues you might run into.

Reasons to Pick a Gaming Monitor Instead of a TV

First and foremost, there’s really no reason to go for anything under 4K in terms of resolution, since that’s PS5’s native resolution out-of-the-box. We have already covered the topic of best 4K gaming monitors not long ago, so you can’t go wrong with any of the monitors on that list.

With that in mind, here are some of the reasons why choosing a gaming monitor instead of a TV might be the best option for you:

Higher refresh rate: While some TVs can reach 120Hz nowadays, hardly any of them can offer 144Hz at 4K, which is what you can get if you go with a gaming monitor instead. Granted, since the PS5 seems to aim for 120 FPS at most, it can be considered a bit overkill if you have no other use for your monitor. If you also use your PC with it on the other hand, that extra performance is going to come in handy, so that’s something to keep in mind.

Variable refresh rate: G-Sync and FreeSync are usually only found on gaming monitors, although there are some TVs out there that support VRR as well. It’s a lot less expensive to get them on a gaming monitor, however, since even mid-tier models come with either G-Sync or FreeSync support. Will this make a difference on consoles, where frame rates are usually fixed? We can’t say for sure at the moment, but things can change in the future.

Input flexibility: Gaming monitors can be used with either DisplayPort or HDMI, which comes in handy if you are planning on switching between playing on your PS5 or your PC. Most TVs are stuck with HDMI, which can be a bit annoying sometimes.

Manageable size: While couch gaming is a great thing, not all of us have the space for such a setup. If you are stuck with a desk or a cramped room, a big TV may not be a feasible option. TVs (and especially high-end ones) are usually 55” or above, which is obviously too big for a desk. On the other hand, 4K gaming monitors can go as low as 27”, which is perfect for a desk.

No annoying operating system to deal with: Let’s face it – most TV operating systems are still pretty trash even in 2020. It seems like manufacturers do not really care about the user experience and are solely focused on providing better image quality. Gaming monitors do not have this issue, since there’s no actual OS running on them, except for the OSD menu, which is hardly ever needed after the initial calibration.

Reasons to Pick a TV Instead of a Gaming Monitor

Naturally, a TV is the default choice for console gamers, and there are a lot of reasons for this to still be the case in 2020. Besides the fact that you can get a much bigger display for way less money than a similar gaming monitor, there are also a ton of TV-specific features that make this choice an easy one for most people.

Huge displays at reasonable prices: Since 55 inches seems to be the starting point for most 4K TVs, it’s really no contest if the size is the only factor that contributes to your decision. This also allows you to play from the couch without straining your eyes, and it’s also perfect for some good-old split-screen action. In addition, if money is no object, you can also get a display that’s 75” or above, which is simply not possible right now if we are talking about gaming monitors.

OLED and supreme image quality: As cool as gaming monitors may be, there are not really any models out there that offer OLED yet. Since OLEDs are simply the best in terms of contrast, dynamic range, and image quality, this is definitely one of the most important reasons why you should consider buying a TV to pair with your PS5.

Integrated speakers and better audio quality: While some gaming monitors come with built-in speakers as well, they are nowhere near as good as what you can find on most TVs. Not only that, but TVs are also designed to support a variety of sound outputs, including things like soundbars and home cinema systems. Coupled with the fact that you can also make use of technologies like DTS and Dolby Atmos, this is yet another win for TVs.

Versatility: TVs are not as limited as they used to be since the “smart” revolution happened, given the fact that you can now use them to browse the web, play games, and watch on-demand content on a variety of streaming platforms. On top of that, they can still be used as regular TVs if you still have a cable subscription, and that is simply not possible with gaming monitors, given their lack of proper inputs.

Is It Worth It to Upgrade Your Current TV/Monitor?

With all that being said, that doesn’t necessarily mean that you have to throw out your current display when the PlayStation 5 is released. Chances are that many of these high-end features won’t be available at launches, such as the 8K support or the 120 FPS. Hence, your old TV may do just fine for a while, at least until Sony manages to unlock the console’s full potential a few years down the line.

Obviously, it depends a lot on what your current display can do. If it’s not a 4K model, then it’s definitely a good idea to upgrade, since 4K is definitely going to be supported from the get-go by the PS5. It’s also not a huge issue if you can only reach 60Hz for now, since 120 FPS is probably not going to happen right away. There’s a lot of optimization required in order to reach that frame rate at 4K, and game developers have much work to do in this regard.

Getting a 4K TV or gaming monitor is still a good move in 2020 even if you are not interested in the PS5, so you are really not risking too much by making the switch if you are still on 1080p or 1440p.

It’s also worth pointing out that some TVs can get firmware updates that allow them to unlock new features, which is great if you are already the proud owner of a recent model. LG has done this in their past for their C9 line-up by adding variable refresh rate support and 120Hz support through a software update, which is extremely cool.

This won’t be the case for much older models, so you may not have that option at your disposal. Furthermore, such updates are usually reserved for flagship models, since cheaper panels are designed to meet their specifications and nothing more.

If you can’t tell by now, it’s really difficult to justify picking one option over another, since it’s all about your specific needs. Some people will get more use out of a TV, while others will have a better experience with a gaming monitor – that’s just how it is. There’s also no clear winner in this debate in terms of specs since both gaming monitors and TVs offer the same features in most cases.

As such, try to come up with your own list of requirements, and that way you’ll know for sure which option is the best for you. The good news is that there are plenty of models to choose from regardless of whether you want a TV or a gaming monitor, and they also cover both ends of the spectrum in terms of budget.