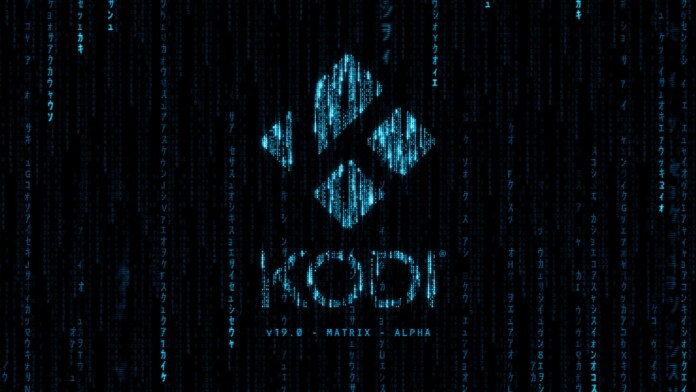 A bit over a week ago, Kodi's development team brought a minor update to its home theater software. As announced at the time, Kodi 'Leia' 18.8 was the final update of that branch, before the application starts transitioning to a new major version. With this said, we've already received access to Kodi 19 'Matrix,' as the first 'Alpha Version' has been published.

Like it happened in the past, Kodi's team plans to go through the 'Alpha, Beta & Release Candidates' model. In other words, it will be an achievement to see the first public version of Kodi 19 being released by the year's end. There's no official release date, but as pre-release versions begin to come at a more rapid pace, this will be a clear indicator that the first public version is getting closer to launch.

In terms of what's new about Kodi 19 'Matrix,' we can already see a couple of new features that weren't present on Kodi in any form before. Other than that, the first alpha release of Kodi 19 brings many refinements, without changing the application's appearance.

Here are some of the most significant changes that Kodi 19 'Matrix' brings:

For the full list of changes, you can turn to Kodi's GitHub account – where you can compare the differences between Kodi 18 and Kodi 19. As you'll see, Kodi's development team has decided to focus primarily on making the application run as smoothly as possible, removing obsolete parts, and replacing them with low-impact alternatives. As a result, Kodi should run much better than before, resolving a large number of errors along the way.

When it comes to other big news, we've reported back in March that Kodi 19 'Matrix' will support tvOS natively, while dropping support for iOS 32-bit. This information has been confirmed by Kodi's team since, which means that Kodi will finally return to tvOS (while also making the application incompatible with some older iOS versions).

We'd also like to remind you that Kodi 19 'Matrix' has been in development for a long time now. Back in October 2018, we've heard the first round of news about the 'Matrix' branch, with Kodi's developers asking for name-related suggestions. Kodi's team officially announced in April 2019 that Kodi 19 was finally under active development.

The Alpha Version 1 of Kodi 19 'Matrix' can be downloaded from its website. Scroll down on that page, pick your platform, and make sure to select the 'Pre-Release' tab. Download the application's installation file and override your existing Kodi installation to update it.

Lastly, keep in mind that the first Alpha version of Kodi 19 'Matrix' should be installed with caution. Aside from breaking many third-party addons (due to switching to Python 3), this is still a pretty rough version for everyday use. Therefore, we suggest trying it out only if you don't have an extensive media library and other content you care about.

In the end, know that TechNadu's team will follow the development path of Kodi 19 'Matrix.' Make sure to stick to our website for the latest news, especially if you'd like to be the first to read them.