How to Watch Little America Season 2 Online for Free on Apple TV Plus: Stream the Anthology Series 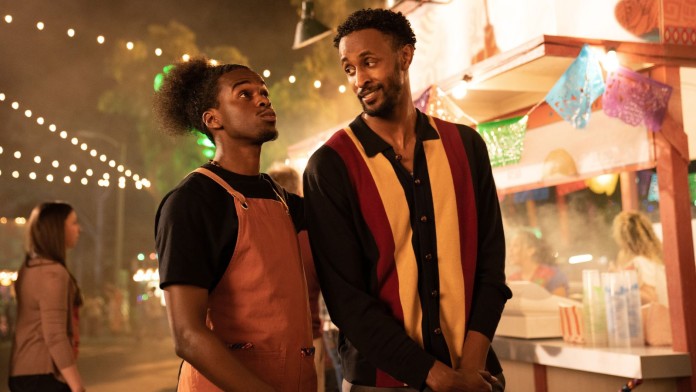 Created by Emmy Award nominee Lee Eisenberg and Academy Award winner Siân Heder, the critically acclaimed Little America series will return with brand-new inspiring stories. We have the premiere date, cast, plot, and episode release schedule of Little America Season 2, and the best thing is that it's super easy to stream the series online for free, so let's dig deeper.

Little America is influenced by true stories featured in Vox Media's Epic Magazine and aims to share and celebrate the funny, romantic, heartfelt, inspiring, and surprising stories of immigrants from all over the world living in America.

Inspired by real stories of immigrants from around the world who are pursuing their American dream, the highly anticipated second season of Little America will feature performances from Phylicia Rashad, Alan S. Kim, Ki Hong Lee, and more.

The series is produced for Apple TV+ by Universal Television, a division of Universal Studio Group, and we'll even see Zachary Quinto in a small role.

Let's see when, where, and how to easily watch Little America Season 2 online for free.

When and Where to Watch Little America Season 2

The second season will have 8 episodes, and all of them will be released simultaneously on the series' premiere day.

This series is an Apple TV Plus original title, so you will be able to stream Little America Season 2 on Apple TV Plus by subscribing to the service in countries where the platform has launched. The app and website are available in over 100 countries and regions and run on over 1 billion screens right now, including the US, the UK, Canada, Australia, New Zealand, Europe, and India.

A subscription with Apple's streaming platform will set you back USD 4.99 / £4.99 / CAD 5.99 / AUD 7.99 a month, and the best thing is you can watch Little America Season 2 for free by taking advantage of the 7-day free trial on Apple TV Plus if you're new to the service.

You can also watch Little America Season 2 for free via other Apple deals. You may have heard there's a limited-time offer that offers a very generous 3-month free trial for Apple TV Plus to customers who purchase and activate a new iPhone, iPad, Apple TV, Mac, or iPod touch. Apple One offers an even longer, 30-day Apple TV Plus free trial.

Apple TV Plus is geo-restricted, just like all the other streaming services, so you may need to use a capable VPN to unblock Apple TV Plus if you cannot access this title while traveling. For this to work, just run the VPN in the background using a server from a location where the geo-blocks are off before loading the streaming service.