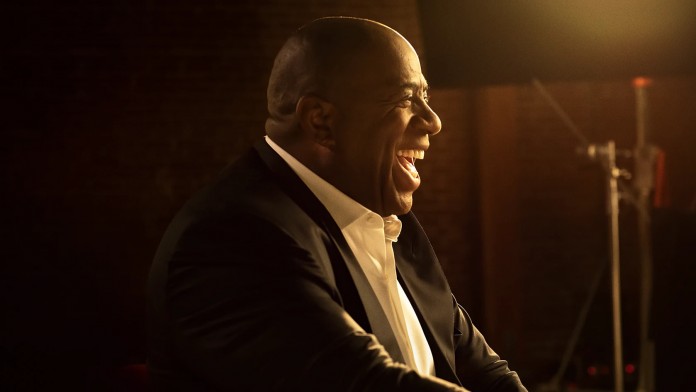 Apple TV is preparing to add a new title to its library, and this time we're talking about a limited docu-series focusing on sports. This title is set to premiere soon, and we will be able to easily watch it all online. This being said, let's see how to watch Call Me Magic on Apple TV Plus.

This documentary event is the real story of a legend and offers an intimate look at the life and legacy of Earvin “Magic” Johnson, an icon for the ages - from humble beginnings to the Dream Team to business titan. They Call Me Magic features interviews with President Obama, Larry Bird, Pat Riley, and more, and the docuseries charts the life and career of a legend.

The official trailer shows clips of Magic Johnson's rise to fame scored to Sugarhill Gang's called Apache, and we can also see Johnson as he makes his famous retirement announcement, informing the public of his HIV status. Contrary to his expectation, this reveal does not end his career, as he then ends up playing for the Dream Team. He talks about opening many businesses, including his chain of movie theaters, and inspiring millions of people around the world while also focusing on his activism for HIV/AIDS.

We've already had one Earvin Johnson project this year, as HBO Max launched Winning Time: The Rise of the Lakers Dynasty recently. However, this new documentary limited series promises to offer a non-fiction approach to the iconic sportsman's career. This title stars Earvin "Magic" Johnson, Cookie Johnson, and Larry Bird.

They Call Me Magic is an Apple Original documentary featuring Magic Johnson, which is coming to Apple TV Plus on Friday, April 22, 2022. You will be able to watch They Call Me Magic on Apple TV+ with a 7-day free trial. This documentary has four parts, and they will all premiere on the same day. As it usually happens with most streaming services, new content will most probably land on the platform after 12:01 AM PT.

If you are a new customer, your subscription starts with a 7-day free trial on Apple TV Plus. After the trial ends, you will be charged the standard monthly fee of US $4.99 / £4.99 / CA $5.99 / AU $7.99. Even more good news are in store - there's a limited-time offer that says customers who purchase and activate a new iPhone, iPad, Apple TV, Mac, or iPod touch can enjoy Apple TV Plus for free for 3 months.

The streaming platform and the Apple TV app are available in over 100 countries and regions, on over 1 billion screens, including iPhone, iPad, Apple TV, Mac, popular smart TVs from Samsung, LG, Sony, VIZIO, TCL, and others, Roku and Amazon Fire TV devices, Chromecast with Google TV, PlayStation and Xbox gaming consoles, and others.

However, we should mention that Apple TV+ has geo-restrictions in place, so you may not be able to access your library or even the service when traveling abroad or to some other states. If you find that you cannot access this title, we recommend you use a reliable VPN to unblock Apple TV+. All you need to do is select a server from your home country, turn on the VPN, and then access the streaming service.

They Call Me Magic Trailer

Ivacy VPN is the latest VPN to have pulled its servers from India.The VPN's decision is a response to India’s aggressive Data...
Read more
Streaming

If you love period dramas, you'll be delighted to know that the third season of Malory Towers is bound to premiere very...
Read more
TechNews