How to Watch Pachinko For Free Online From Anywhere 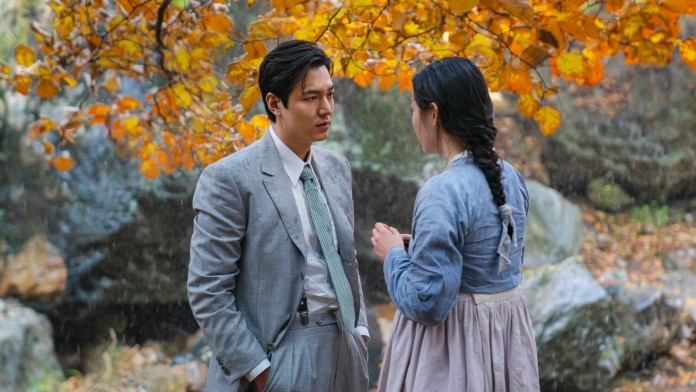 One of the most anticipated dramas of 2022 based on a best-selling novel is set to air soon, and we will be able to watch it online. If you're a K-Drama fan and enjoyed watching Squid Game, Train to Busan, Parasite, and All of Us Are Dead; this show is perfect for you. We've got all the info, so let's see the release date, cast, and how to watch Pachinko online from anywhere in the world.

Pachinko is a period piece based on Korean-American author Min Jin Lee's New York Times bestseller of the same name. The series follows four generations of a Korean immigrant family across Korea, Japan, and the US. It documents their struggles, hopes, and dreams as they navigate life during the Japanese occupation of Korea, the Great Kantō Earthquake of 1923, and the Second World War. Pachinko touches on sensitive subjects like racism, immigration, imperialism, generational trauma, and a forbidden love story. We see the characters question their identity while also making big sacrifices for the sake of family. It is the story of a family's determination and survival against all odds.

Pachinko will premiere on March 25, 2022, and it will be available to stream on Apple TV+ with a 7-day free trial. It is an eight-episode series, with the first three episodes debuting simultaneously. Following that, viewers can expect one episode per week every Friday until April 29.

How to Watch Pachinko Online From Anywhere

If you are in your home country and Apple TV+ is available, you can easily watch Pachinko online. However, if you're traveling abroad, you may not be able to access your streaming platform's library. This happens because most services are geo-restricted due to licensing agreements. To avoid this problem, we recommend you use a VPN subscription to watch Pachinko online from anywhere, as this tool will help you change your virtual location to make it seem like you're back home.

One of the best and most popular VPNs on the market right now is ExpressVPN. It has thousands of servers in over 90 countries worldwide and provides high-speed and secure connections, along with best-in-class encryption. This VPN is also compatible with many devices, such as phones, tablets, computers, routers, etc. You can make use of their no-questions-asked money-back guarantee and try ExpressVPN for 30 days RISK-FREE.

To get started, go to their website and subscribe to ExpressVPN (49% Discount + 3 Months FREE). To create your account, fill in the details as requested and make the payment. Proceed to install the native app for your device or system, pick a server from your home country, and turn on the VPN. After this step, you'll find that all geo-blocks have been lifted, so open your streaming service to enjoy watching Pachinko online from anywhere when it premieres.

How to Watch Pachinko for Free in the US, the UK, Canada, and Australia

If you live in the US, UK, Canada, or Australia, you can watch Pachinko on Apple TV+ since it is an Apple Original. If you are a new subscriber, you can enjoy a 7-day free trial of Apple TV+. However, you can also get three months free if you buy a new and eligible Apple product.

The subscription fees are:

As you may know, most streaming services are geo-fenced, so if you find that you are not able to access Apple TV+ while traveling abroad, you need to use a reliable VPN to lift streaming restrictions. Just select a server from your home country, turn on the VPN, and then access the platform to watch Pachinko online from anywhere after they air.

Now that the first chunk of the fourth season of Stranger Things has aired, we're left with more questions than answers. So...
Read more
Streaming

How to Watch The Black Hamptons Online From Anywhere

A new original limited series is heading to BET+ based on Carl Weber's work with the same name. The Black Hamptons will...
Read more
Streaming

How to Watch Last Night in Soho Online From Anywhere: Stream the Anya Taylor-Joy Movie