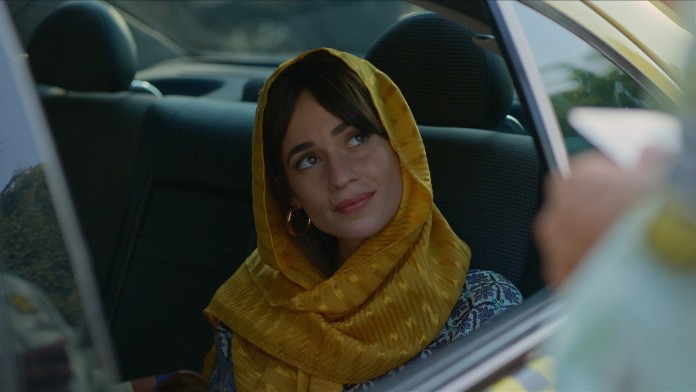 The internationally successful espionage thriller is set to return to screens with a second installment this month. Apple TV+ has renewed the critically acclaimed show, and viewers don't have to wait much longer for season 2. Let's check out where, when, and how to watch Tehran Season 2 online for free on Apple TV+.

Tehran chronicles the dramatic story of Mossad hacker-operative Tamar Rabinyan, who embarks on a risky undercover operation in Tehran. However, her plan falls apart, which puts her and everyone else in danger. It depicts the conflict between Iran and Israel, and season 1 ended with a massive cliffhanger. Tamar was supposed to neutralize Iran’s air defenses, and while she struggles to complete her mission, she finds out that one of the Mossad agents was a mole. She tries to inform the headquarters, but it's too late as Iran shoots down Israel's war jets. Tamar finds herself in a race against time and must discover a way to get out of the country.

How to Watch Tehran Season 2 Online on Apple TV+

Since it is an Apple Original series, viewers can watch the title exclusively on the Apple TV+ streaming platform. You can stream Tehran Season 2 on Apple TV Plus in several countries worldwide, including the US, UK, Canada, Australia, New Zealand, Europe, and India.

You can enjoy a 7-day free trial on Apple TV+ if you're a new customer. After the trial period ends, you need to pay $4.99/£4.99/CA $5.99/AU $7.99 per month in the US, UK, Canada, and Australia, respectively. You may also cancel your subscription anytime since there's no contract. Additionally, if you buy a new and eligible Apple product, you can enjoy 3 months of Apple TV+ for free.

Due to geo-restrictions, you may not be able to access your Apple TV+ library while traveling abroad. You can use a capable VPN to watch Tehran Season 2 on the go, as the tool will remove all blockades you may face. To watch the spy thriller drama, choose a server from your home country, turn on the VPN, and then go to Apple TV+.