How to Watch His Dark Materials Season 3 Online From Anywhere 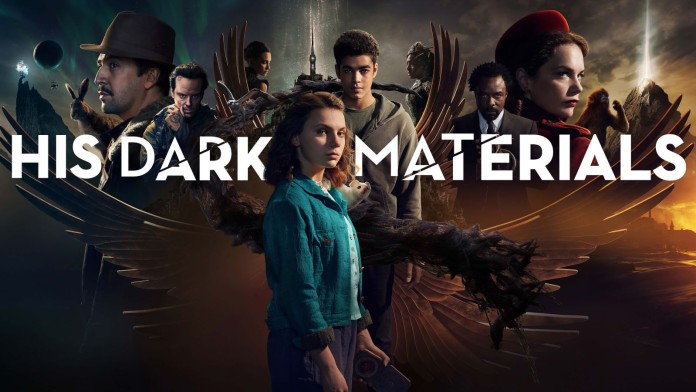 Fans of the fantasy drama series will be overjoyed to know that a brand new season is here after almost two years! So if you'd like to know more details about the much-anticipated His Dark Materials Season 3, keep reading this article.

His Dark Materials Season 3 is based on "The Amber Spyglass," the last book in Philip Pullman's trilogy. This season, viewers will see Lyra continue to evade both her mother (who kidnapped her in last season's finale) and the Magisterium, a group tasked with establishing control over a multi-world reality in which humans' souls are represented by their daemon companions. We see Will, still holding the Subtle Knife, continue looking for Lyra. Two angels, Balthamos and Baruch, find Will and want to take him along with Commander Ogunwe to Lord Asriel's fight against The Authority. Father President MacPhail also continues his mission to destroy the child of the prophecy with the assistance of Father Gomez.

Here's everything you need to know about when, where, and how to watch His Dark Materials Season 3 online from anywhere, including information about the cast, the episode guide, and the official trailer.

When and Where to Watch His Dark Materials Season 3

His Dark Materials Season 3 premieres in the US on December 5, 2022, on HBO and HBO Max (available in parts of Europe, Latin America & the Caribbean, and North America), with two episodes a week. In the UK, the series will premiere on December 18, 2022, on BBC One and BBC iPlayer (available in the UK). We will get 8 episodes this season.

How to Watch His Dark Materials Season 3 Online From Anywhere

You should be able to easily watch His Dark Materials Season 3 on HBO Max in the US or on BBC iPlayer if you're in the UK. The problem with the majority of these services is that they are geo-restricted, making them inaccessible while traveling abroad. Don't worry if you're having trouble with this. You can watch His Dark Materials Season 3 online with the help of a VPN, which will change your IP address to make it appear that you are in your home country.

Since ExpressVPN is among the best VPNs available and has hundreds of servers spread across more than 90 countries, we highly recommend it. Additionally, it is a no-log VPN, is independently audited, offers unlimited bandwidth, and live chat help around the clock, secures your privacy online with top-notch encryption technologies, and shields you from security breaches. Thanks to its no-questions-asked money-back guarantee, you can try ExpressVPN RISK-FREE for 30 days.

You can easily subscribe to ExpressVPN (49% discount and 3 Months FREE) on its website. This is when you can proceed to download the native app for your device or system and log in through a sign-in link sent to your email address or an activation code. Pick a server from your home country when you turn on the VPN, and you can watch His Dark Materials Season 3 online easily.

How to Watch His Dark Materials Season 3 in the US

As mentioned earlier, season three of His Dark Materials will land on December 5 in the US. The easiest way to watch the show if you live in the US and want to cut the cord is with an HBO Max subscription. There are two tiers available on the platform: the ad-supported tier costs $9.99 per month or $99.99 annually, and the ad-free tier costs $14.99 per month or $149.99 annually.

HBO Max is also available through subscription providers like Apple, Google Play, and Roku, so you can also check if that's better suited for you. The streaming service offers native apps for iOS, and Android devices, smart TVs, and consoles. And it’s also good to know that you can even stream content in 4K.

Let's take a look at some live TV and streaming services that offer HBO Max:

A trustworthy VPN will remove geo-restrictions, allowing you to watch His Dark Materials Season 3 while traveling abroad. Simply choose a US server when you activate the VPN, and you're good to go.

BBC One will broadcast the latest season of the show starting December 18 in the United Kingdom. Folks in the UK will be happy to know that they can stream His Dark Materials Season 3 on BBC iPlayer. And the best thing is that you can watch it on this streaming service for free without even having to make an account.

Want to check out other BBC titles on the platform? We recommend The Power Of The Doctor, The Pact, I Can See Your Voice, Stuck, Ladhood, Unbreakable, Inside Man, and The English.

If you're visiting another country, you can watch the series on the go by disabling geo-restrictions with a reliable VPN. All you have to do to access BBC iPlayer is activate the VPN and select a UK server.

How to Watch His Dark Materials Season 3 in Canada

An official release date for Canada hasn't been announced yet, but since both the previous seasons are available on Crave, we hope His Dark Materials Season 3 will land there soon. So keep an eye out! A subscription to this service will cost you $19.99 per month, and new customers also get a 7-day free trial.

As you may know, most streaming services are geo-restricted, so you won't be able to access your Crave library while traveling overseas. In that case, a secure VPN will help you bypass geo-restrictions, and all you need to do is select a Canadian server while activating the VPN.

How to Watch His Dark Materials Season 3 in Australia

His Dark Materials Season 3 will premiere on December 6 in Australia, and you can watch it on Binge and Foxtel Now.

A Binge subscription starts from $10 per month and comes with a 14-day free trial for new customers. On the other hand, you can subscribe to Foxtel Now for $25 per month after a 10-day free trial.

By removing geo-restrictions, a strong VPN will let you watch His Dark Materials Season 3 while visiting another country. When you activate the VPN, just select an Australian server, and you're all set.