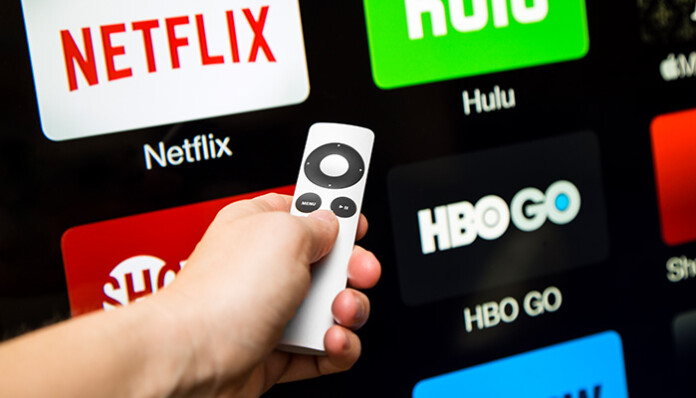 If you are wondering how to get live streams to your TV after ditching your cable and satellite service providers, you’ve come to the right place. In the past few years, cord cutting has gained tremendous popularity in the United States. It is seen as a better alternative for people who have specific TV entertainment preferences. Most people today prefer to use online streaming services rather than cable or satellite TV. Online streaming has become their preferred source of the best TV shows, movies, sports, and even Live TV. Therefore, let's take a look at how to cut the cord and get live streams to your TV.

The Evolution Of Cord Cutting

For a very long time, cable and satellite TV services rocked the entertainment industry in America. After making an appearance in the US in the mid-20th century, cable TV went “boom” all over America in no time. However, satellite and cable TV service providers have had to deal with a drastic shift from the traditional to Web-based TV services. Americans got to identify some major shortcomings of cable and satellite TV. If you already have a list of frequently viewed TV channels, for example, you do not get to maximize all the money you paid to subscribe to the Cable TV service. Then, of course, there are annoying commercials that constantly interrupt your favorite show.

With these many shortcomings, millions of Americans are switching to alternative ways of getting TV entertainment. Many of them simply cut their cords and then get live streams of their favorite channels to their TV. Cord cutting does not mean “to snap a cord,” as a nurse or a midwife would do to the cord of a newborn baby. It simply means switching from cable or satellite TV subscription to over the air (OTA) channels and/or online streaming services.

Today, a good number of Americans believe cord cutting is a cheaper alternative to cable and satellite TV. They seem to be particularly happy with the fact that streaming services allow you customize your viewing experience, enabling you to pay only for the channels and content you love watching. So, are you ready to get live streams to your TV after cutting your cords? Just read on.

For you to successfully cut your cords, some major requirements must be put in place. You need a fast and steady internet connection, a streaming device, and of course - a subscription to a streaming service. In the past few decades, the Internet has become relatively cheap, reliable and super fast in America, so online streaming should be convenient for everyone. Let us look at some of the devices you will need to get live streams to your TV after cutting your cords.

This is one of the most popular streaming devices you will find in the United States. It is available for just $35 and will stream Netflix, YouTube, Hulu, Spotify and several other services. Chromecast on its own will not run on applications like Netflix. It rather connects to your mobile phone or your computer which then streams to the device.

To run effectively, Chromecast must be accompanied by a smartphone, tablet or a computer with a Google Chrome browser, or an installed Chromecast application. You can download the application you need to connect your laptop or phone to your TV (from the Chromecast setup page). 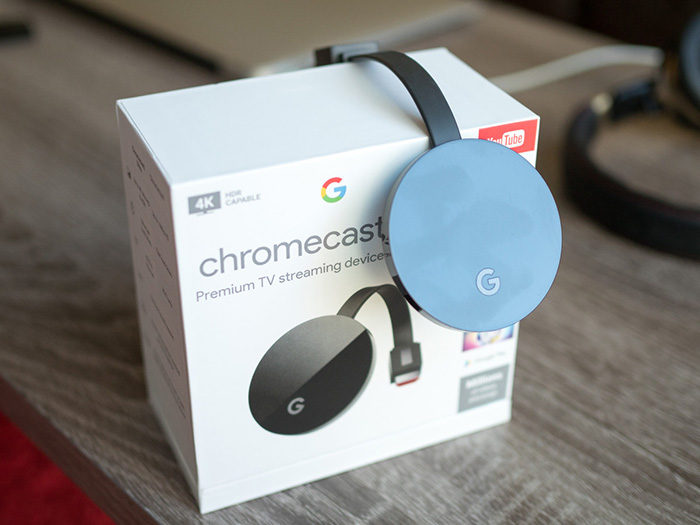 Chromecast can actually be used for several other things, including; streaming audio content, mirroring your Android phone, experiencing 3D virtual reality, and streaming a slideshow using Google Slides. As already mentioned, the device is quite affordable. It sure will feel great being able to save some of your hard-earned money (when you quit your cable or satellite service provider), and still get the entertainment services you desire. Chromecast easily gets installed especially when on a Google product, and it is quite portable.

A few setbacks of the device though; it wouldn’t provide you with video content from some top providers like Amazon. Also, it is not equipped with a remote controller. For this, it relies on your smartphone, tablet, or computer. Finally, Chromecast requires other devices to stream its content unlike some other competitors like Roku.

Roku is a powerful and portable streaming device like the Chromecast, but it has a wider variety of functions. It usually comes with a remote controller although your smartphone can also play that role as is the case with Chromecast. A Roku device comes with the following items: A dongle, a remote, two batteries, a USB power cable and a USB electrical socket adaptor.

A stick will provide all the video entertainment you need from services like Netflix and Hulu, as well as some on-demand streaming service providers. Of course, you must connect to an internet connection with a good speed to be able to stream with Roku.

One major disadvantage with Roku is its inability to store media. That means you cannot save your favorite shows and programs. It, however, has an instant-replay function. Overall, Roku is a great device to go for if you want to cut your cord and still get live streams.

Another great live streaming option for cord cutters, Amazon Fire TV is affordable and very easy to use. It works by connecting to Amazon’s online video and rental store. Members have access Amazon’s thousands of video and TV shows for free but they can also subscribe to online channels like HBO. Its Alexa voice remote permits you to use your voice to control or search content. 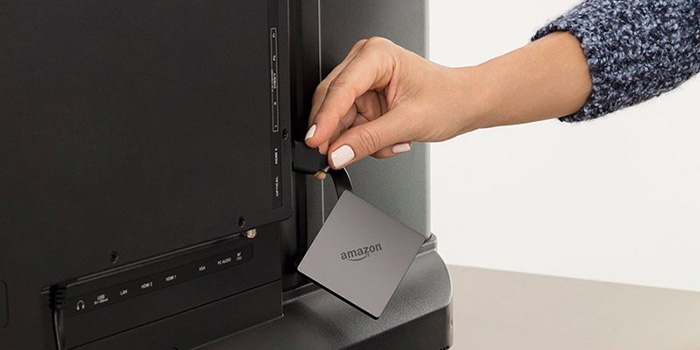 Finally, there are different Fire TV and Firestick models, so you can pick the one you want. Some of these offer HD while others offer 4K video output. Either way, they are all very affordable.

Apple TV has been around for about a decade now. TV apps that gather shows and movies from a wide sphere of applications into one interface, will enhance your Apple TV experience by making it easy to find your desired shows. It is a great TV alternative for those who ditch their cable or satellite subscribers. 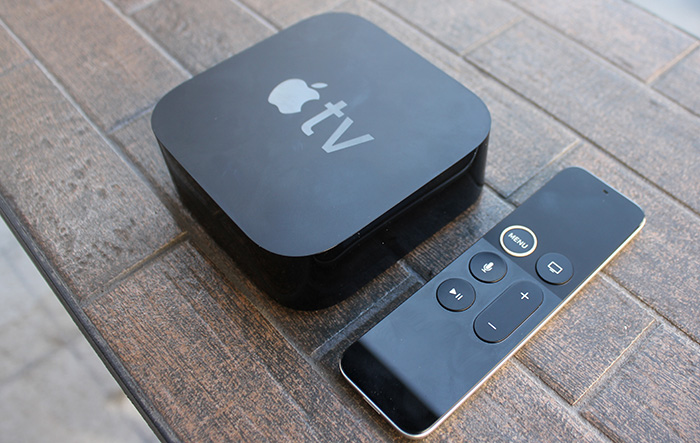 The latest version of Apple TV is capable of playing 4K video. However, it lacks certain versatility that other devices offer. Also, it isn’t as portable as Chromecast and Roku, and so can only function as a device for home entertainment.

Despite these setbacks, Apple TV remains a great option for those who want to get live streams after cutting their cords. It is one option you wouldn’t regret giving a try.

A streaming box designed to satisfy gamers, Nvidia Shield TV is high-powered. It supports almost any application you associate with it and will stream movies from a computer or even online games via the monthly paid game streaming service. 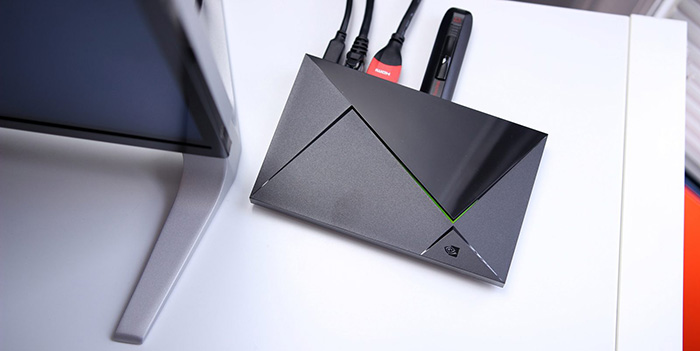 NVIDIA Shield TV, like the Apple TV, comes with a remote equipped with voice search. Even its game controller has a voice support.

Other devices can also be used streaming media content. They include; Sony's PlayStation 4 and Microsoft's Xbox One game consoles. These devices allow you to stream contents from various streaming service providers. However, they are limited to some online streaming platforms and are very costly. Averagely they could each cost $300 upwards.

For any of these streaming boxes to give you the shows, movies, and channels you want, you must be subscribed to one or more of the several streaming service providers. These include Netflix, Hulu, Amazon Prime Instant Video, Sling TV, Direct TV and several others.

As you can see, there are different ways to cut the cord and get live streams to your TV. It is up to you to pick a streaming device. Then, you need to pick the most suitable media streaming service. It's all smooth sailing from there.

In case you have any questions, feel free to let us know. You can use the comments section, found below. In addition, feel free to share this article across social networks. Thanks!