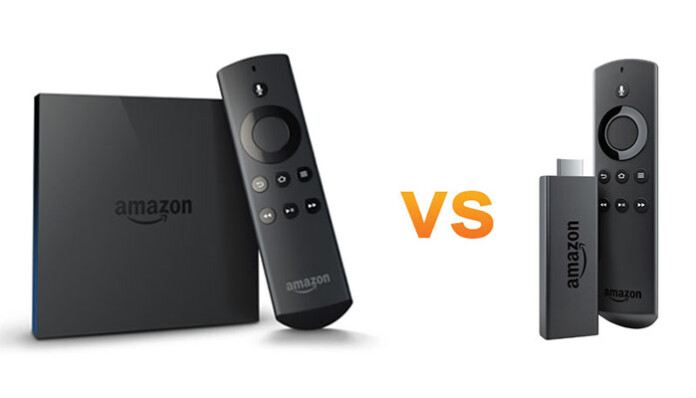 You have a very wide choice when it comes to media streaming devices. The popularity of services like Netflix, Hulu, HBO Now, and Amazon Video has influenced numerous companies to join the bandwagon. However, there is a range of devices that brings amazing specs for a very low price. Those are Amazon’s Fire devices. However, many potential customers have doubts about which of these devices to pick. This is the reason why we have decided to explain this issue. In this article, we will be talking about Amazon Fire Stick and Fire TV and comparing them to each other.

If you continue reading, you will learn all you need to know about Amazon Fire Stick and Fire TV. First, we’ll talk about what these devices are and what they can do. Furthermore, we will see their possible uses and compare their specifications. By the end of this article, you’ll have a clear idea on which of these devices suits your needs in the best way possible.

First, let’s take a look at everything you need to know about Amazon’s media streamers. We will be talking about three devices:

It’s time to take a deeper look at each of these three devices.

Even though this device’s official name is Fire TV Stick, you’ll often see other people referring to as ‘Firestick’ or ‘Fire Stick’. This is Amazon’s smallest media streamer that supports HD resolutions, currently being sold at $39.99. We will be taking a look at different aspects of this device, so keep on reading.

When it comes to the design of Amazon’s Fire Stick, there are no surprises there. This is a plain black plastic rectangle that has only two ports. There’s a micro USB port on one side, and an HMDI port on the other. Since this device is intended to be plugged into your TV (on its backside), you won’t even see it. So, how important is its design, really? 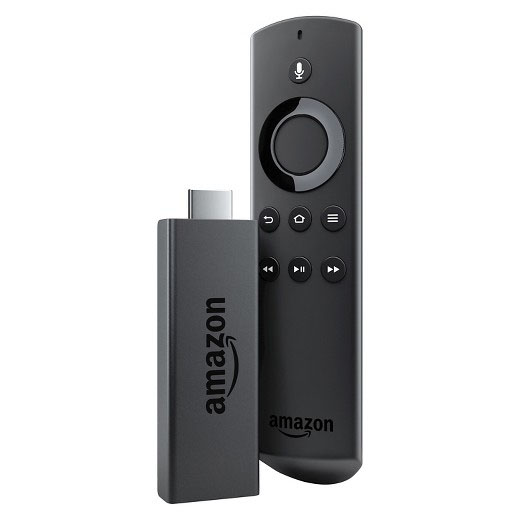 Perhaps we should focus in this section on a remote. When you buy the Fire Stick, you will receive a highly capable remote. This is basically a 5.6-inch long wand with a noticeable glossy circle in the upper portion of the device. This circle serves as a navigation pad with a ‘Confirm’ button in the center. If you take a closer look at the photos, you will see a Microphone Icon on a button at the top of this remote. This means that you can take full advantage of Amazon’s Alexa and input voice commands. Finally, there are menu and playback controls that you can use control media playback.

The Amazon Fire Stick is incredibly easy to use to use and easy to set up. Here’s how this is done:

Many Fire Stick users don’t know that they can use an Android or iOS app to control their device. This app is free of charge and brings an easy to use interface. You’ll get a touchpad, numerous useful playback controls, a voice search option, and an on-screen keyboard. This virtual keyboard can be a real life-saver when you need to type in your credentials.

Important tip: The Amazon Fire Stick supports Bluetooth. This means that you can pair Bluetooth headphones and enjoy your media in its full extent.

One of the biggest benefits of using this device is getting to use Amazon’s Fire TV OS. In its core, this is Android that has been heavily modified. This means that you won’t get to use the Google Play Store but instead you’ll have to use Amazon’s app. Don’t worry since you can still use almost every popular media streaming service. This includes HBO Now, Hulu, Netflix, Sling, and YouTube. Some of the latest additions are Spotify and Crunchyroll. 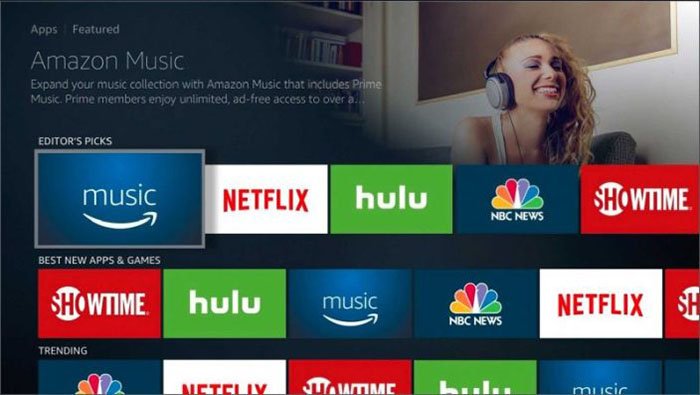 It’s also important to add that you can use an Amazon Prime account with this device. This brings numerous benefits that are baked into the Amazon Fire Stick. Once you activate this subscription, you’ll get to see a slightly overhauled interface. For example, you can access video on Amazon or jump to anything you want to watch.

We also know that many of you already use applications like Kodi. If you have your own library of content on Kodi, you’ll need to ‘sideload’ it. Since Kodi isn’t available on Amazon’s app store, alternative installation methods are available. We recommend reading TechNadu's ‘How to install Kodi on Fire Stick’ guide, where you’ll find several installation methods.

If you have a TV that plays 1080p movies, you should seriously consider buying the Amazon Fire Stick. The 2017 model brings an incredibly smooth performance and plenty of useful media streaming services. We are sure you’ll be more than happy with this device.

The latest version of Amazon’s Fire TV is a major step in the right direction. The most prominent difference between this device and the Amazon Fire Stick is the 4K resolution. However, this also goes beyond 4K and introduces us to 4K Ultra HD. Continue reading to learn more.

The Amazon Fire TV (2017) is a very simple square-shaped plastic box that looks drastically different than the last year’s model. In case you’re familiar with the Google Chromecast Ultra, you will be able to imagine how this device looks like.

This is a small plastic box that comes with attached HDMI cable. As such, it needs to be placed behind your TV – which means that you won’t even see it. However, don’t be fooled by its small size. This is a highly capable media streamer that will blow you away. 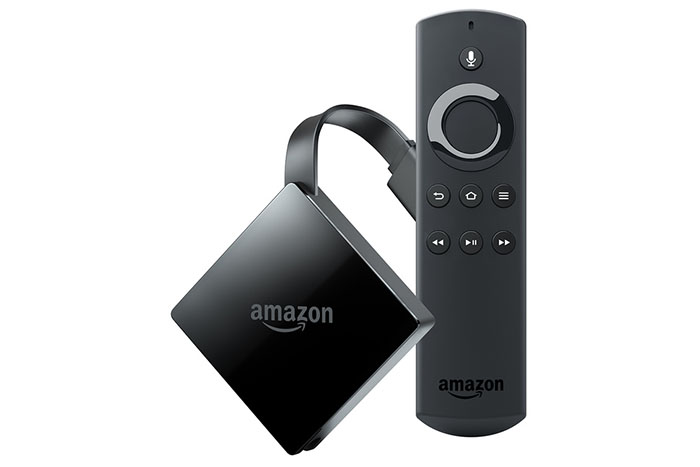 It’s also important to note that you’ll receive the standard Amazon remote with Alexa voice search. The remote is the same one you would get if you buy the Fire Stick.

The Amazon Fire TV and Amazon Fire Stick come with the same installation method. In general, you will need to connect this device with the power source and to your TV – and you’re ready to go. For in-depth information, read the section about the Fire Stick found above.

The 2017 Fire TV brings a powerful 1.5GHz quad-core processor, 2GB of RAM, and 8GB of storage. According to Amazon, it is 40% more powerful than the Fire Stick. In the real world, this means that you can play 4K movies and videos at 60 frames per second – as well as HDR video. You also won’t have to worry where to find 4K movies. Services like Prime Video, Netflix, and YouTube are there to cater to your entertainment needs. In addition, there are over 140 channels in the U.S. alone. You can also stream music via Spotify, Amazon Music, and more.

Important note: To use the 2017 Fire TV you need to have a 4K-capable TV. If your TV plays 1080p movies and nothing beyond that, there’s no reason to invest into a 4K-capable device. Instead, buying the Amazon Fire Stick (which supports up to 1080p resolution) is a smarter investment.

If you have a TV capable of playing 4K movies at 60fps, this is where your search ends. For $69.99, you won’t find a better deal. You should also know that you can buy a compatible HD antenna if you’re not using a cable provider or satellite TV. In that case, the Fire TV will cost you $69.99.

We mustn’t finish this article without mentioning the last year’s Fire TV model. It looks dramatically different than the latest generation but carries the same name. As you can see, this is what confuses potential customers interested in this affordable and high-performing streamer.

The most noticeable difference between the latest First TV and last year’s Fire TV is in their design. As we told you previously, the 2017 Fire TV is a small device that hangs on the back side of your TV. The 2016 Fire TV is a standard set-top box (a black plastic box that sits next to your TV). 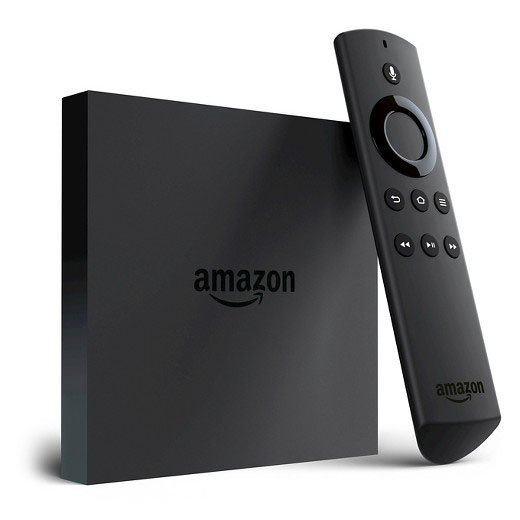 Inside, you will powerful internals. This device is powered by a quad-core MediaTek processor. For graphics purposes, there’s a PowerVR GPU with 2GB of system memory. This means that you can use it to play games as well. As you can imagine, this isn’t hardcore gaming – but should be able to play Android games just fine. Finally, the 2016 Fire TV brings 8GB of internal memory, but you can expand that via the microSD card slot.

The second major difference between the two Fire TV models is in their output. The 2016 Fire TV is capable of playing 4K media files. This should be more than enough for the majority of users. If you have the latest 4K TV, you might want to invest in the 2017 Fire TV.

You can count on the most popular applications like Netflix, Hulu, Amazon Video, and more. All of them bring 4K content, which means that you’ll take full advantage of those streaming services. This device is capable enough to play this kind of high resolution even though it’s limited to the 30Hz speed limit (24 frames per second). Average users who aren’t familiar with this, won’t notice any differences.

The truth is that the 2016 Fire TV isn’t sold by Amazon anymore. However, you can find it online – and affordably priced as well. Don’t be surprised if you find this device priced at around $50 or lower. With this price, this is a viable alternative to the Fire Stick. 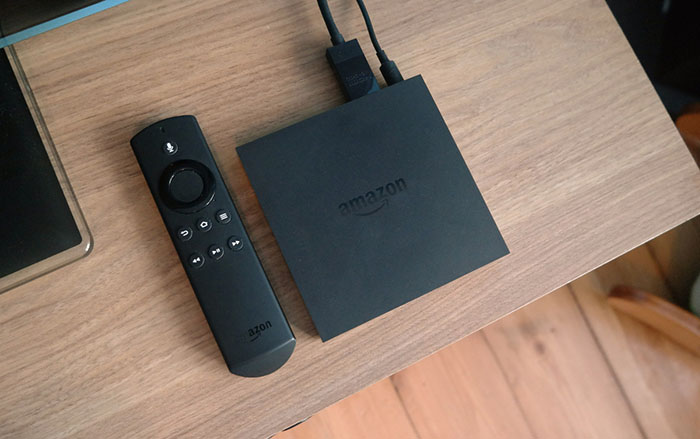 In case you don’t have the latest-generation 4K TV, we suggest investing into the 2016 Fire TV. You get to enjoy in 4K without spending too much money.

We sincerely hope that you found this article to be helpful. We know a lot of you are confused by different Amazon Fire devices – which is what we have tried to simplify this issue. The good news is that no matter what device you pick, you’ll end up with a powerful streamer.

Is there something you would like to add? Do you still have any questions or doubts? If that’s the case, talk to us! Use the comments section below to post a comment. We’ll do our best to provide an answer to each and every one of our readers.