How Secure Is a VPN? 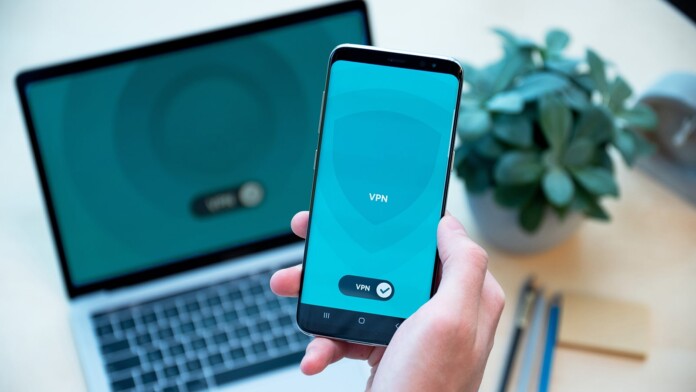 The primary purpose of VPNs is to boost your security and privacy online. They’re backed by incredibly sophisticated technologies - while being very easy to use. However, there’s always the question of how secure is a VPN, when put under the microscope? Well, let’s provide you with a comprehensive answer.

We’re going to talk about what happens to your Internet traffic with and without a VPN. And then, we’ll talk about the level of security that today’s VPNs bring. So, let’s jump right in.

If you’re just getting started with VPNs, you’ll also want to learn more about what VPN services are, as well as how VPN services work.

How Does Your Web Traffic "Flow" Without a VPN?

When you don't use a VPN, your traffic is fully exposed on the Internet. That means your ISP (Internet service provider) and third parties can see what you do online. Here’s a quick illustration showing you what happens with your Web data:

Since there’s no protection layer for your Web traffic, your sensitive data could get exposed at any moment. And of course, it’s not just your ISP that should worry you. Almost every website employs trackers for marketing and analytic purposes, and there are also malicious actors targeting open and public Wi-Fi networks.

How Does Your Web Traffic "Flow" With a VPN?

As you can see, your Internet traffic takes another step to reach its end destination. More precisely, it goes through a VPN server, where it gets encrypted and "put" into a secure VPN tunnel. Since that data is anonymized, your ISP or any third party won’t see the contents of that tunnel – which means you’ll essentially be anonymous on the Web.

So, What Exactly Makes VPNs Secure?

There are three things that make a VPN secure: its VPN protocol, encryption, and adjoining technologies. Each of those is incredibly important, so let’s give you a deeper explanation.

When it comes to VPN protocols, every VPN service offers at least one. The most capable VPNs out there provide a set of protocols, letting you choose which one to use. Each protocol has a different set of instructions, telling the VPN what to do with your Web traffic. And also, each protocol is coupled with a specific type of encryption.

When it comes to encryption, today's VPNs typically use AES 256-bit. This is the gold standard of today's VPN industry, as AES comes without known vulnerabilities. This level of encryption is so strong that even if someone gets to your data, it would be impossible to use brute force to access that data.

In general, if you want a secure VPN, you should pick one that features OpenVPN and AES 256. This combination is more than what the average home user will ever need. However, new VPN protocols are being developed as well, with WireGuard being the latest addition (supporting the new ChaCha20 cipher) – promising better security and faster VPN speeds.

And then, we have adjoining technologies, of which the most important one is – Perfect Forward Secrecy (PFS). Thanks to that technology, the chances of the same encryption keys being used are practically eliminated. This is a core security pillar of any reputable VPN service.

As you can see above, a secure VPN features a set of high-end protocols (like OpenVPN and WireGuard, for example), strong encryption (AES-256), and it features Perfect Forward Secrecy. Using a VPN with that exact combination of technologies would mean that your data flows through a secure VPN tunnel without any data leaks.

However, using a secure VPN doesn’t necessarily mean that you’re using a private VPN. Therefore, you also need to be aware of your VPN’s privacy policies. In other words, you need a VPN that collects no logs pointing to your personally identifiable data.

You can get to know about VPNs’ privacy practices through their privacy policies. However, some VPNs aren’t afraid to be audited by cybersecurity companies. Some of the VPNs have been audited in the past are ExpressVPN, NordVPN, ProtonVPN, Tunnelbear, PureVPN, and more.

Be prepared to do in-depth research when looking for a private VPN service. Or, you can cut to the chase and check our overview of the best "no logs" VPN services.

What’s the Most Secure VPN Available in 2021?

As per our hands-on testing, the most secure VPN is ExpressVPN. This VPN checks all the right boxes when it comes to security, as you can see in our ExpressVPN review. It’s secure, private, and even comes with a 30-day money-back guarantee, which means that it comes risk-free.

In case you need more options, know that our team is here to help. We offer you our central guide to the best VPN services, where you’ll find plenty of highly secure options. Know that we’ve tested more than 60 VPN services so far, which means our recommendations come after spending plenty of time with each of those VPNs.

Is It Possible for a VPN to Be Hacked?

In theory, any type of software can be hacked. However, when it comes to VPNs, the chances that you’ll be safe are 99.99%.

So, how secure is a VPN? Well – they can be incredibly secure! With that said, we conclude this short and (hopefully) helpful guide. In case you have any questions, let us know via the comments section below. And lastly, thanks for reading!