What’s the Best VPN for Double VPN Connections in 2021 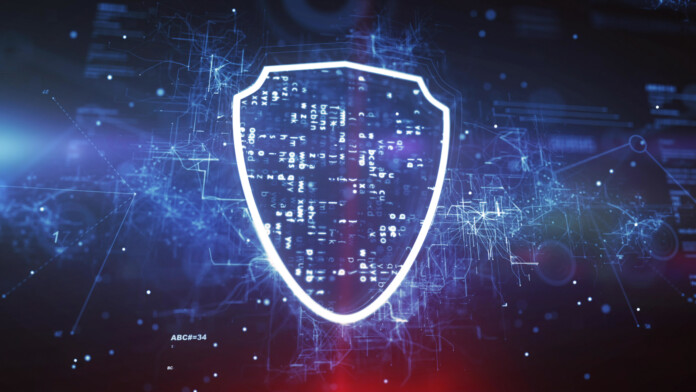 Also, we'll answer some FAQs at the end of the article to help you better understand what a double VPN connection is and what it does.

How to Use Double VPN Connections

The 5 Best VPNs with Double VPN

Not all VPNs offer this feature, and it's actually hard to find a good double VPN. We spent dozens of hours researching the top providers, and finally found the five best VPNs for double VPN connections:

NordVPN also offers obfuscation, which is a feature that hides your VPN usage. That's a great bonus if you need extra security and privacy. There's also full protection against IPv6, DNS, and WebRTC leaks.

NordVPN also has very fast speeds, which is good news since double VPN connections are usually pretty slow. Besides that, you also get user-friendly apps, 24/7 live chat support, and a no-questions-asked 30-day money-back guarantee.

To find out more about NordVPN, please read our review.

Surfshark's double VPN servers are called MultiHop servers. They offer great security, but there's not a lot of them (over ten). Surfshark makes up for that through unlimited parallel connections. Basically, you can use the VPN on as many devices as you want with just one account.

We really like that Surfshark doesn't force you to use OpenVPN with its MultiHop servers (like NordVPN does). You can use WireGuard, which is much faster, so your speeds will be better.

Surfshark also offers great security - high-end AES-256 encryption, a kill switch, a capable ad blocker (CleanWeb), a no-logs policy, automatic obfuscation when you use OpenVPN, and RAM-only servers. Surfshark also has a feature called NoBorders that helps you bypass censorship. It automatically triggers whenever you use restrictive networks (like hotspots in China).

Surfshark has good WebRTC and DNS leak protection, but you'll have to manually disable IPv6 to be 100% sure you won't suffer IPv6 leaks.

To read more about Surfshark, check out our hands-on review.

ProtonVPN offers double VPN connections through its Secure Core feature. The feature basically sends your traffic through two servers when you connect to locations that are not privacy-friendly (like Russia or the US). The VPN connection first goes through a VPN server in a privacy-friendly country (like Iceland or Switzerland), and then the second server (the location you originally wanted to connect to).

ProtonVPN is 100% open-source, making it an excellent privacy-focused VPN. It has a no-logs policy and also underwent and passed a security audit.

Besides that, ProtonVPN offers great security through military-grade encryption, an ad blocker (NetShield), FDE (Full Disk Encryption), and a kill switch. Also, Secure Core servers are located in high-security locations - like underground bunkers and former military bases. This provider has IPv6 and DNS leak protection, but you might have to use third-party browser extensions to prevent WebRTC leaks (like uBlock Origin).

ProtonVPN offers user-friendly apps and great customer support, but they don't have live chat. They do have a 30-day money-back guarantee, though.

Want to read more about ProtonVPN? Here's our full review.

Perfect Privacy gives you a lot of control over your double VPN connections. Most VPNs only let you chain two servers, but Perfect Privacy lets you chain up to four VPN servers. Yes, that means you get four layers of encryption. Also, you can connect to all Perfect Privacy servers in any order you want. So, unlike most providers, you're not restricted to predetermined connection routes.

Perfect Privacy also offers great security through a kill switch, obfuscation, AES-256 encryption, and an ad blocker (TrackStop). Perfect Privacy doesn't keep logs and runs all its servers on RAM. Two of their Dutch servers were also seized by the authorities in 2016, but they couldn't recover any user data (there wasn't any, to begin with).

Perfect Privacy offers DNS and WebRTC leak protection. It's also one of the only VPNs to support IPv6 traffic (meaning you won't suffer IPv6 leaks).

This provider has decent speeds and apps for most devices, but its design isn't very user-friendly. Using Perfect Privacy's apps can be confusing if you're not an advanced VPN user. Also, this VPN doesn't offer live chat support and only has a seven-day money-back guarantee.

5. IVPN - Use Double VPN Connection With No Email

IVPN lets you use double VPN connections on all their servers. The speeds are pretty okay, but the setup process is a bit difficult. Instead of just choosing which servers you chain or connecting to double VPN servers, you must append @ + the location code of the second server to your IVPN account ID. When you then connect to a VPN server, your traffic will be routed through a second server that matches the location code you appended to your ID.

It's a bit of a hassle, but it becomes easy once you get the hang of it. Unfortunately, the double VPN feature (called Multi-hop) is only available to IVPN Pro accounts. So, you need to pay extra for it (and the Pro account isn't cheap). On the plus side, you don't need an email to create an IVPN account. Just pick the subscription, and IVPN will automatically generate an account for you. You just have to add funds to use it.

Also, IVPN has great security. It uses AES-256 encryption, doesn't keep any logs (has also been audited), and has open-source software. IVPN also has an ad blocker (AntiTracker), obfuscation, a kill switch, and DNS leak protection through private DNS servers. You should disable IPv6 on your device and use uBlock Origin in your browser to avoid IPv6 and WebRTC leaks, though.

IVPN has a live chat and email support and a 30-day money-back guarantee. To learn more about this provider, check out our IVPN review.

Here are the most common questions we get about VPNs and double VPN encryption:

What Is a Double VPN?

A double VPN is a VPN connection that goes through two servers. By doing that, you secure your data with two layers of encryption.

Double VPN connections can become multihop connections or VPN chains. In those situations, your traffic goes through more than two VPN servers:

You should only use a double VPN if you need more encryption. Double VPN connections are suitable for:

You don't need to use double VPN connections if you're a regular Internet user who is just surfing sites, unblocking streaming sites, or downloading torrents.

Yes. VPNs already slow down your connection speeds due to the distance between you and the server and the encryption that makes the data packets heavier. Adding another layer (or more) of encryption will only make the traffic heavier (so slower).

In our tests, slowdowns generally increase by 10-20% or slightly more when using double VPN connections. There are things you can do to increase the speeds like using only nearby servers, lightweight protocols (WireGuard, IKEv2/IPSec, L2TP/IPSec), and wired connections (so not WiFi). But we can't guarantee they will 100% improve your double VPN speeds.

If you'd like to try more VPN speed optimization tips, we recommend checking out this guide.