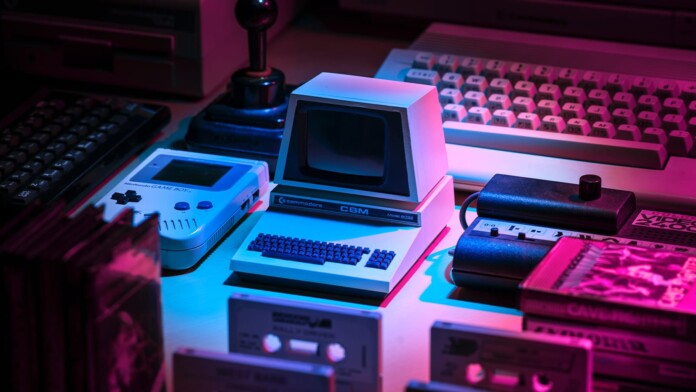 We all know that today's video games are massive – especially in terms of their installation data size. That's precisely what makes P2P file transfer convenient (especially if you have a fast Internet connection). With that said, you’ll want to know what are the best torrent sites for games, providing plenty of seeders to make your downloads as fast as they could be.

After plenty of research, we've rounded up a group of fantastic options. The following torrent sites bring massive game libraries, and they're used by millions across the world. That should make finding "healthy" files as easy as possible. By the way, here’s how to download games using uTorrent, if you need a bit of help.

Finally, these are the 10 best torrent sites for games you can find right now.

The first recommendation on our list of the best torrent sites for games is – 1337X. We've decided to place it first because this is the most popular torrent site globally, with over 67 million monthly users. With that said, 1337X gives you the best chance of finding games out there by simply searching their names.

You should know that 1337X isn’t dedicated to games only. It also offers movies, TV shows, apps, and plenty more. Therefore, there are no specific ways to filter games, like sorting them by their platform or similar. In other words, using the website’s search bar is the best way to start your search.

Next, we have The Pirate Bay, which is a well-known destination in the world of torrenting. Even though TPB isn’t as popular as in the past, it still provides you access to a bunch of verified torrents, which is especially important when downloading games. After all, bunding malware with installation files is the quickest way for your device to get infected, so you need to keep that in mind.

Even though The Pirate Bay is an all-in-one torrent site, it comes with plenty of useful gaming-friendly options. For example, you can check the most popular games, and you can also sort them by their platform. TPB has games for any platform out there, including both the latest titles and classics. That’s what makes TPB one of the best torrent sites for games, in our opinion.

And now, something a bit different. As discussed in the introduction to this article, we all know how games can be enormous in terms of their data size. Well, that's where certain "repack" groups come into play, compressing installation file sizes in a big way. Also, many of these games come pre-cracked, which means you'll be ready to play once you install them.

So, in terms of "repack" groups, the most popular one is called RG Mechanics. Using their website, you can find torrent files for hundreds of games. And since RC Mechanics is so popular, you won’t have to worry about seeders either, which translates to finding plenty of fast-downloading games.

When it comes to other "repack" groups, we have FitGirl Repacks, known for offering highly compressed installations. With that said, if you’re a PC gamer and if you frequently visit torrent sites for games, you’ve probably encountered FitGirl Repacks in the past. However, we recommend you visiting the groups’ website directly, which comes with its own set of benefits.

As you browse the available games on FitGirl Repacks' website, you'll see that both torrents and cloud-based files are on offer. So, you can choose which of those file transfer methods you'd like to employ. And finally, know that we're talking about thousands of PC games here, with new releases hitting the website every week.

ISOHunt has been around for ages, reaching the peak of its popularity a few years back. Still, just like it often happens with worldwide-popular torrent sites, legal problems started plaguing ISOHunt. That forced the torrent repository to change its course, which is why it’s now based on its own torrent client required to download files from ISOHunt.

Using a dedicated torrent client might be an inconvenience, albeit a minor one. What you're going to love about ISOHunt is its never-ending library of PC games. There are many ways to browse what’s available, and we also like the website’s navigation structure. Everything is laid out nicely, presenting you with the essential information before you start downloading any P2P file. So, we highly recommend trying it out.

RARBG has always been known as an all-in-one torrent site, and that applies to its current state as well. So, aside from finding a wealth of games, you’ll find movies, music, TV shows, and more. Still, we believe its gaming section is one of the most prolific on the Web, which easily makes RARBG one of the best torrent sites for downloading video games.

We’re talking about a hugely popular torrent repository here, and you already know what that means (plenty of seeders, of course). New games reach RARBG almost every hour, so there’s always going to be plenty to browse. And to help you navigate its library, the website offers handy sorting options and has other tricks up its sleeve as well.

You might be surprised to see TorrentGalaxy on this list of the best torrent sites for games. After all, TorrentGalaxy is known for its movie/TV show library. Still, let’s not forget that we’re talking about a hugely popular torrent repository here, which has been expanding to new content categories recently. So, yes, you’ll find plenty of video games here.

The biggest strength of TorrentGalaxy is its popularity. That ensures that you’ll get access to an ever-growing library of games. However, the website’s focus on movies and TV shows is quite strong, failing to highlight featured games on its home page. It also misses more advanced sorting options that could be custom-tailored for games. So, if you can live with those (minor) drawbacks, give TorrentsGalaxy a visit.

Zooqle is often mentioned when talking about torrent sites for movies or P2P repositories for TV shows. That’s because Zooqle’s home page highlights those types of content in a prominent way. However, if you check the website’s list of the most popular files, you’ll find plenty of games here, such as The Sims 4, RUST, and GTA San Andreas.

The truth is that Zooqle truly is one of the best torrent sites for games – as it even has a gaming section. Furthermore, the website lets you pick individual gaming platforms, so you can pinpoint interesting titles. And lastly, know that Zooqle tends to bring verified torrents, which lowers your chances of encountering malware.

Following the untimely demise of the original KickassTorrent repository, numerous clones and alternatives have appeared. Among those, the KickassTorrents.to P2P repository is perhaps the only true successor to the original. As you can expect, this is a popular option that combines various types of content, which includes movies, TV shows, software, games, and more.

We need to praise KickassTorrents’ games section, as it receives new files every couple of minutes. There are millions of files there, coming from various repack groups. Still, even though there’s a constant stream of games, you can easily set apart verified and risky torrents – just like you would expect from any popular and capable torrent site for games.

We’ll end our list of the best torrent sites for games with something different. Unlike any previous recommendation in this guide, Torrends is a search engine primarily. It indexes more than 600 sites, which makes it one of the most powerful options. However, that also means you’ll reach some very dark corners of the P2P universe, so we recommend exercising caution when downloading files.

It’s safe to say that Torrends will help you find any game – if it exists as a torrent file. The website is easy to use, and more importantly, it provides quick and reliable search results. The only downside is that you can't sort P2P files, as you'll need to rely on external sources for that.

Those would be the 10 best torrent sites for games. We hope that you liked our set of recommendations. However, if you have any questions or doubts, share them via the comments section below. And finally, thanks for reading!