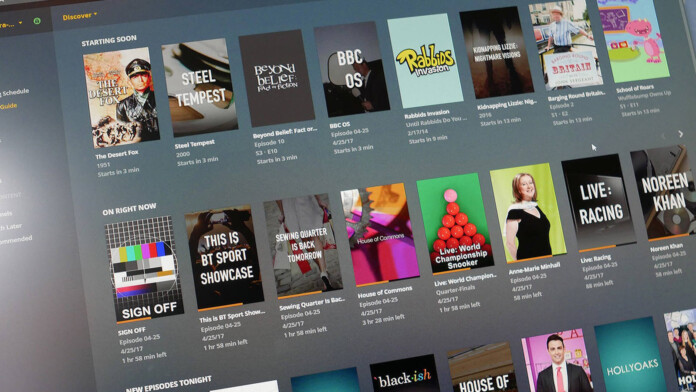 In many ways, Kodi is a unique application - which is why talking about Kodi alternatives doesn't come easy. After all, you use it to store your media library, expand its features via add-ons, and even watch live TV. And of course, all of that comes free of charge. So, naturally, the best alternative to Kodi needs to tick all the right boxes.

With that said, we recommend going into this search after thinking about what you like and what you don't like about Kodi. In other words, what features do you care about, and what features would you like to see improved. That's because we can talk about Kodi alternatives as better solutions for specific purposes, such as media streaming or files organization.

No matter the reason why you're looking for an alternative to Kodi, you need to focus on your priorities. We've done the hard work of trying out dozens of solutions, and we're going to present only the most interesting ones. They might not be full alternatives in every possible sense, but each of the following options does certain things differently than Kodi - improving upon the original, so to say.

Therefore, let's not waste any more of your time - and let's jump to what you want to know.

And now, let's talk about our hand-picked recommendations. We present to you the 9 best Kodi alternatives in 2022!

If not better, Plex is almost as good as Kodi. It comes loaded with so many features, while the platform's client-server architecture makes it the right foil to stream media on various devices. This allows the same content to stream on all your supported devices seamlessly, including computers, mobile devices, media streaming devices, and more.

Plex mimics quite a lot of Kodi features when it comes to the types of media supported. You're free to add your own movies, photos, and music - all of which can be organized in more ways than one. Plex downloads the required metadata automatically, filling out plenty of useful information. In turn, this gives you many ways to filter your content.

Let's not forget to mention that Plex has a rich subscription-based model, whose pricing starts at $4.99/month. Even without paying, you can watch a selection of free TV channels, as well as a nice group of on-demand movies and TV shows. Getting a subscription helps you add more than 80+ commercial TV channels, you can subscribe to TIDAL Music, and plenty more - all within Plex's interface.

Emby calls itself the 'Open Media Solution,' and we do not disagree there. It functions much like Plex, minus the risk of proprietary software. Being an open-source platform, Emby also uses the client-server mechanism, which comes with numerous benefits attached.

For one, Emby makes it super-easy to stream media to all connected devices. There is also a bit of live TV functionality in Emby that allows you to play with DVR recordings. Then, parental control is a tactical component that sets Emby apart from other platforms. Besides being convenient, Emby is also pretty smart. It recognizes the hardware capabilities of different devices and adjusts media components accordingly.

We collectively fell in love with the neat organization of media that Emby does. Once connected, it notifies users of important events based on their activity on the platform. The premium feature allows you to access back-ups and the apps' Cinema Mode. Overall, the application comes quite polished, and it's easy to see why Emby is one of the best Kodi alternatives right now.

Not many have heard about Media Portal because it is relatively new to the scene. Also, it is not as feature-rich as Plex or Kodi. However, some apps often seem to be built around specific functionalities that the app they are trying to beat lacks in. And this is precisely where Media Portal comes into play.

The USP of Media Portal is Digital Video Recording (DVR). It is a feature that allows you to record, schedule, or watch live TV. While Kodi does support live TV, it is known for a few hiccups too. With Media Portal, you have a huge range of both hardware and software components to choose from, giving you plenty of customization along the way.

Of course, you are always welcome to use Media Portal for playing music, videos, and Blu-Ray discs. The application is further accentuated with the availability of plugins. These allow you to do everything, right from watching YouTube to tracking the latest scores. The one serious downside is that Media Portal is presently available for Windows only. Even the remote control apps for iOS and Android are defunct.

Much like Kodi, Stremio allows you to enjoy TV shows and movies on different platforms primarily from a single screen. The great thing about using Stremio is that you will always find the best quality of content regardless of which medium you view it on.

The platform allows you to create a personal library to store all your content and collections. The service works fine across several devices. Syncing the library in one place syncs it with the other places as well, without any issues.

An additional Stremio feature called the Linvo database always ensures that the data is adequately arranged on each device. There's a special notification setting that tells you if your favorite show has a new episode. The recommendation engine also gives you plenty of hints of new shows that you may like to watch.

Serviio is a media server that seems to have been modeled after Plex. It allows you to stream various media files, including music, games, and videos to devices like Bluray players, TV sets, games consoles, or even mobile phones. Doing all that is possible once Serviio is connected to a home network.

For one, Serviio is quite on top of the line as far as multi-device compatibility is concerned. It even streams media to the Xbox 360. It also supports individual device profiles so that it is easier to play the best quality for each device.

Since Serviio has been built with Java technology, it tends to run well on most platforms, including Linux, Mac, and Windows. You can choose whether you want to stream video and audio just in Standard Definition or in true High Definition. Serviio also allows you to stream content from online resources like live video and audio streams, RSS feeds, or even Web pages.

The abbreviation stands for Open Source Media Center (OSMC). New and raring, the first thing that anyone notices about OSMC is the remarkably simple interface. The design's simplicity runs as an undercurrent in all its operations – attached storage, local network, and internet media play.

The interesting part is that even OSMC is built on the Kodi model. Or, you may call it Kodi's very own Linux version. With this said, it's no wonder OSMC is primarily built for Raspberry Pi computers. Considering how lightweight it is, you can count on the application performing admirably - even with sizeable content libraries.

Apart from regular things, OSMC is supportive of a range of Wi-Fi adapters and TV tuners. The Web-based UI and support for desktop environments show that the platform is here to stay. So much so, OSMC has also launched its flagship device, the VERO 4K. The device comes with support for HD audio, 4K video, and 10-bit content.

The UI is amazingly simple and can be set up very easily as well. The media player can stream, transcode and play video, audio, and image in several formats. Features of the players include bit-rate adjustment, and of course, DLNA support.

The Universal Media Players is also a classic because it is Java-based. Apart from that, there are quite a few plugins that come built-in the platform. Additionally, you can also install a few plugins on your own. If that is not enough, you can even get extended info on movies from IMDB and integrate MediaMonkey's music database into it. While UMS is not exactly Kodi, it sure has a stream of functionalities of its own.

JRiver has been designed along the lines of Kodi. It is meant to be the one place where you will find all your media playing needs to be addressed. However, keep in mind that JRiver is designed for Windows primarily, even though you'll also find versions for Windows, macOS, and Linux.

As you can see, this application doesn't fully imitate Kodi, especially since it's made for desktop operating systems. This is a good thing (if you're looking for a media player for your computer) since its interface comes optimized for keyboard-and-mouse input. As you know, Kodi is available on TVs and touchscreen devices, so it brings an interface that can sometimes be hard to interact with on computers.

We should also note that JRiver's interface isn't the most polished one. Luckily, there's a 'Theater Mode' which transforms this application into something that resembles Kodi in a big way. And the best thing is that you can use plenty of different remotes to interact with this mode, especially if you connect your computer to your TV or a projector.

SPMC is no longer under active development. However, you can still download it from the official website and use it without any limitations.

If you are an Android user and want something that looks and behaves just like Kodi, this is it. SPMC is the abbreviation for Semper Media Center. It has been developed by a former Android manager for Kodi and gives you the same overall aesthetics. This also means that any add-on that is compatible with Kodi also works well on SPMC.

As the maker himself calls it, SPMC is the 'Android-minded fork' for Kodi. As such, it's clear that this is one of the best Kodi alternatives when it comes to Android phones, tablets, and smart TVs. However, this also means you won't find it available on other desktop or mobile platforms, except for Amazon's Fire OS.

As noted above, keep in mind that SPMC is no longer under active development. Right now, this isn't a major obstacle since SPMC is still fully functional. It comes with a really polished design, plays all kinds of media files, works with some older Kodi addons, and has no bugs or performance issues. In other words, it should still meet the needs of the majority of Kodi users looking for an alternative.

What Should You Look For in a Kodi Alternative?

We're here to help you approach your search for a Kodi alternative the smart way. It means thinking about your needs and priorities, and coming up with a list of options you care about primarily, as follows:

This is where we conclude our guide to the best Kodi alternatives in 2022. In case you have any recommendations for us, we'd love to hear them! So, feel free to post your comment below, and we'll make sure to respond as soon as possible.