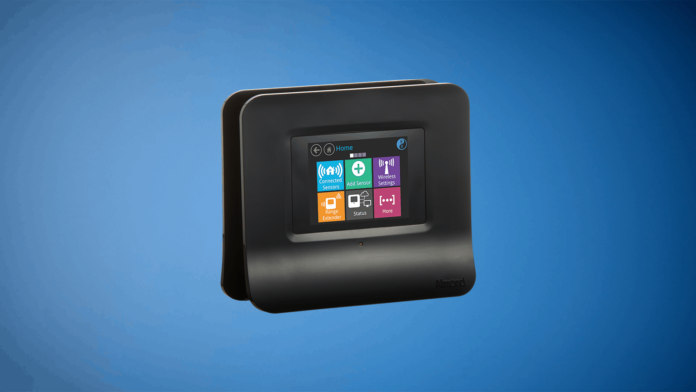 The 802.11n is a popular and ubiquitous wireless standard that is used by most wireless devices. Although the faster 802.11ac standard is superseding it, many affordable routers still use the 802.11n protocol. Considering that they bring fast Web connection speeds and plenty of advanced features, they’re still hugely popular among Internet users worldwide. The only question is, what are the best 802.11n routers? Well, you’ve come to the right place as we’ll make our selection quite carefully.

For this article, several factors were considered for narrowing down the best 802.11n routers available in 2021. While most 802.11n routers are single-band, there are a few dual-band offerings as well, so we made sure those were included here. Other selection criteria include the maximum coverage offered, connectivity options, and software UI The popularity of these routers with buyers was also taken into account.

So, here are the 7 best 802.11n routers available on the market today.

If all you need is a basic router with good performance and speeds, the TP-Link TL-WR940N is one of the best wireless routers under $50. The TL-WR940N is easy to set up, and the included software can automatically detect most common network settings, thus, minimizing the hassle of dialing your ISP for knowing them. The two antennas are powerful enough to provide enough coverage for a small apartment.

While the TP-Link TL-WR940N offers an easy wizard-based software setup, manually configuring the settings can get a bit cumbersome for some. A neat feature is that you can also use this router as a range extender and simply copy over the SSID and the password of the network you want to extend. Overall, a great buy if your internet needs are basic.

The Securifi Almond might not be the first name that comes to mind while shopping for a good 802.11n router, but it is one of the best Wi-Fi routers available for long-range use as long as your speed expectations are kept in check. One of the most striking features of the Securifi Almond is that it sports a touchscreen that alleviates the need to log in to the web interface to make any changes. You can also use the Almond as a universal range extender that is compatible with most routers in the market. Support for Amazon Alexa means that you can also control smart devices connected to this router with just voice commands.

The Almond is just a single-band router but has good speeds up to 750Mbps. Therefore, as long as they’re not too many devices fighting up for bandwidth, you would do just fine. The Almond can also be configured to connect your home security, or automation system get notifications straight to your smartphone. Unlike some of the other big players, Securifi’s tech support is indeed praiseworthy. However, since the Almond does not support beamforming, ensure that the router is placed in an appropriate location to ensure optimal coverage.

The NETGEAR WNR2020 v2 is a good choice if your networking needs are minimal. You get up to 300 Mbps of maximum theoretical speed over the 802.11n 2.4GHz band, so any connection speeds up to 100Mbps should have no problem with this router. The WNR2020 v2 is equipped with dual 5 dBi antennas, which provide enough power for a small to medium-sized home. The design of the router is very minimalistic, so it finds use even in an office setup. There are no USB ports on this router, but you get 4 Ethernet ports that should be useful for wired connections as well.

The performance of the NETGEAR WNR2020 v2 is on par with the asking price. However, some users have reported dropped connections and loss of signal if they moved a bit away from the router due to a possible firmware issue. Also, there are issues in properly configuring parental controls, guest Wi-Fi, and scheduling. Thankfully, most of them can be easily resolved with a firmware update or by unchecking the ‘Enable WMM’ setting on the QoS setup page. Are you planning to get more speed? Then you should check out our NETGEAR Router offerings.

The Belkin N600 offers a total throughput of 600 Mbps — 300 Mbps on the 2.4GHz band and 300 Mbps on the 5GHz band. This means multiple devices can connect to the router simultaneously without any issues. The router bundles an intuitive user interface and has parental control features powered by Norton to filter unwanted content on the network. The router does not feature external antennas, but the range is comparable to any other router in its class and should be sufficient for a small to mid-sized home. Additionally, the Belkin N600 also comes with the myTwonky media server to share photos and videos across the network.

The overall performance of the router has been very good, but some users have reported problems in attaining speeds greater than 80Mbps. There is no singular reason for this, and this needs to be sorted with the service provider. That said, the Belkin N600 is one of the best 802.11n routers, as well as one of the best Wi-Fi routers overall.

The Asus Wireless N300 is a good option if you’re looking for a good budget router. It supports only a single band on the 802.11n standard, which means you get a theoretical peak speed of about 300Mbps. However, this limitation can be overlooked if your ISP provides a stable connection close to that limit. Theoretically, you should not be facing any issues for VoIP calls, streaming 4K video to a single client, or just for surfing the internet. The ASUS Wireless N300 can also function as a router, access point, or a range extender if needed.

The performance and reliability of this router are top-notch, and setting it up is very easy. A good aspect is that flashing custom DD-WRT firmware is possible for unlocking additional functionality. However, the stock firmware is more than adequate, and the latest version fixes most of the lingering issues. Also, there have been reports that increasing the bandwidth of a particular channel can help if you are experiencing slower speeds than normal.

The Linksys E1200 is one of the best budget routers one can find under $50 that offers speeds up to 300 Mbps. The design is very minimalist with no external antennas or USB ports. However, you do get 4 10/100 Ethernet ports for hooking up any wired devices. Of course, you also won’t be finding any advanced QoS features or built-in firewalls at this price, but you do get parental controls and Cisco’s web interface that is easy to set up and configure.

Since the router has internal antennas, the coverage is not out of this world but should suit most mid-sized apartments or homes. Although this budget router comes with some sort of QoS scheduling, you’d do better to disable it on the first boot for the best results. Another sore point is that you need to use the bundled CD to set up the router at first, so better download the software beforehand and keep it handy if your PC does not come with a CD drive.

The ASUS RT-N66W is a very capable dual-band 802.11n router that offers good speeds and coverage. The router supports 802.11n over both the 2.4GHz and 5GHz bands, making it a great option for those looking to connect multiple devices at once. The maximum throughput of about 900 Mbps also helps in providing enough bandwidth for moderate to heavy use. The 3 antennas have enough power to provide decent coverage without dead spots, and the included 2 USB ports allow file sharing across the network when connected to a storage device. Setup is taken care of by the ASUSWRT software, which is feature-rich and offers 1-click updates.

The RT-N66W is known for its reliability and strong performance. Therefore, there aren’t many teething problems with this device. That said, updating the firmware as soon as you finish installing the router is a good idea.

Are you still having doubts about the 802.11n standard? Not sure which router is the best for your needs? We’ve answered some commonly asked questions, so make sure to take a look below.

When talking about 802.11 standards, we’re talking about the IEEE (Institute of Electrical and Electronics Engineers) standard related to wireless technology. The 802.11n replaced the 802.11g standard back in 2009 and brought much faster speeds and plenty of other improvements.

It’s interesting to note that 802.11n is the first wireless standard that uses multiple antennas to transmit and receive data. This was when the term MIMO appeared on the market, which stands for ‘multiple inputs, multiple outputs’. More precisely, 802.11n supports up to four data streams at the same time. This means that 802.11n routers cover a larger area while providing much faster speeds than previously possible.

The 802.11n standard was ratified back in 2009. As such, it replaced previously used standards such as 802.11a, 802.11b, and 802.11g. All of those standards came with certain limitations. In terms of their maximum bandwidth and the number of available frequencies. The 802.11n pushed the entire industry forward by introducing faster speeds supporting both 2.4Ghz and 5Ghz connectivity.

Theoretically, you can achieve up to 300Mbps using an 802.11n router. However, for this to happen, you need to be in the router’s proximity (without any obstacles), and there shouldn’t be any interference.

It’s important to note that since 802.11n supports 5GHz connectivity, this initially helped users to achieve their maximum Web connection speeds, even in highly populated areas. Even today, 5GHz connectivity is recommended if you live in an apartment in a heavily popular area.

Yes – one of the biggest selling points of 802.11n routers is that they work on 5GHz. By using this frequency, you can more easily achieve better Web connection speeds without major interference.

Dear readers that would be it for our comparison of the best 802.11n routers to consider buying in 2021. If you have questions, feel free to let us know in the comments below. We will do our best to provide a timely response.