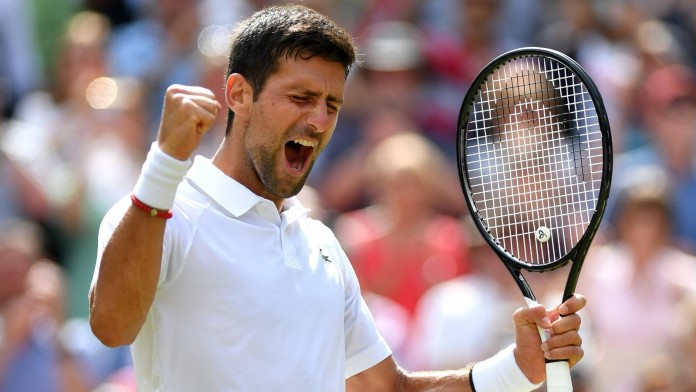 Wimbledon is one of the most traditional sporting events in the world, and some of the best tennis players compete yearly to win the famous trophy. This edition of the tournament should be very exciting, as Novak Djokovic looks to defend his men's singles title and win his first Grand Slam tournament this year. Among the other top stars in action will be Rafael Nadal, who has won the first 2 Grand Slams of the calendar year. He is coming off a memorable win at the French Open and will want to add the Wimbledon title to his lengthy list of achievements.

Casper Ruud, Stefanos Tsitsipas, Félix Auger-Aliassime, and Matteo Berrettini are among the other top names who will be in contention in the men's singles bracket. At the same time, the likes of Carlos Alcaraz, local hero Cameron Norrie, and Jannik Sinner could also cause a splash and upset the odds over the next 2 weeks.

The women's singles event is always closely contested, and it will be intriguing to see who comes out on top in the end. French Open winner Iga Świątek will be the overwhelming favorite to win the title as she goes into the tournament in stunning form and will be aiming to continue that in London. Karolína Plíšková, local hero, US Open champion Emma Raducanu, Coco Gauff, Anett Kontaveit, Ons Jabeur, and Garbiñe Muguruza are also expected to be in contention. Make sure you watch all of the action from the Wimbledon Championships, including the women's doubles, men's doubles, and mixed doubles events.

How to Watch 2022 Wimbledon Live Stream Online From Anywhere

The Wimbledon Championships are broadcast live in hundreds of countries worldwide. Still, fans living in areas where the tournament is not broadcast or those traveling abroad may be unable to watch live due to geo-restrictions. But worry not because you can use a VPN to watch the 2022 Wimbledon live stream online. A VPN will give you a virtual location and make it seem like you're back home.

We recommend using ExpressVPN, which is one of the world's most popular and highly rated VPNs. It works with almost every streaming service and is trusted by millions globally. Moreover, you can also take advantage of exciting offers, such as its no-questions-asked money-back guarantee, so go ahead and try ExpressVPN for 30 days RISK-FREE.

To subscribe to ExpressVPN (49% Discount + 3 Months FREE), just go to its website, fill out the necessary details, select your subscription plan, pay the fees, and download the app on your device. Then pick a VPN server from your home country and turn on the streaming service. You will find that the geo-restrictions are gone, and you will be able to watch a live stream of the Wimbledon Championships even while traveling abroad.

How to Watch Wimbledon 2022 in the US without Cable

Tennis fans in the US can watch the Wimbledon Championships live on ESPN and Tennis Channel. Some games will also air live on ABC and ESPN2, but most of the action will be available on ESPN. You can also watch the matches on the go by purchasing a subscription to one of the below-mentioned streaming platforms.

Another great streaming service is Sling TV, which features ESPN and ABC as part of its packs and has the Tennis Channel as part of the Sports Extra add-on. Hence, you will not miss a minute of Wimbledon action live if you purchase a subscription to this platform.

You can also subscribe to Hulu + Live TV, which carries ESPN and ABC. It doesn't have Tennis Channel, but you can take advantage of an exciting offer and get Hulu + Live TV, Disney+ and ESPN+ for a combined fee of just $69.99 per month.

Want to watch the 2022 Wimbledon while traveling abroad? Use a capable VPN to bypass the geo-restrictions and watch all your favorite tennis stars in action with the help of a US-based server.

2022 Wimbledon Live Stream: How to Watch Tennis in the UK for FREE

BBC has the broadcasting rights for live coverage of Wimbledon 2022, and you can watch matches on BBC 1, BBC 2, and BBC iPlayer if you live in the UK. The BBC and BBC iPlayer are free-to-air, so tennis fans in the UK are in for a treat. Apart from that, Wimbledon highlights will be shown each night on Discovery Plus and Eurosport.

If you are not in the UK, you can use a reliable VPN to watch all the action from Wimbledon. Simply select a UK-based virtual location, and you will be all set to overcome the geo-blocks and watch the tennis action live.

How to Watch the 2022 Wimbledon in Canada

Tennis fans in Canada can watch the 2022 Wimbledon live in English on TSN or in French on RDS. The action will be broadcast live on the network's TV channels and its streaming service.

You will need a trustworthy VPN if you travel away from Canada and want to watch tennis live. If you follow the instructions mentioned above, you can watch the 2022 Wimbledon Championships without any restrictions.

How to Watch the 2022 Wimbledon in Australia for FREE

2022 Wimbledon Schedule for the Main Draw