How to Watch Italian Serie A Online Without Cable: Live Stream 2021/22 Season 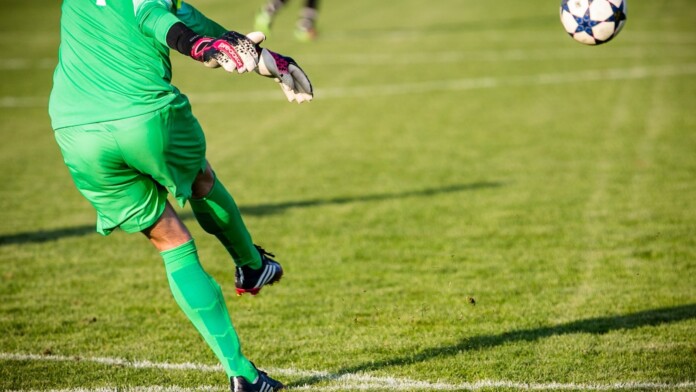 When it comes to soccer, few leagues in the world match the quality, talent, and passion of the Italian Serie A. Filled with world-class players and exciting youngsters from all around the globe, the Italian Serie A is a league that attracts global audiences every week. So, if you are a fan of soccer and would like to watch Serie A online from anywhere in the world without cable, we have all the information you need.

The Italian Serie A promises goals galore, astute tactics, and entertaining matches week in, week out. It has some of the most talented and biggest teams in the world that play beautiful and tactical football. Right now, the season has only just started. And there have already been some cracking encounters in the league. And things will only get better as the title race comes to a boil in the coming months. The season began in August 2021 and will conclude in May 2022. So if you would like to start watching the Italian Serie A, you will certainly not be disappointed.

How to Watch the Italian Serie A Without Cable in the US?

The Italian Serie A is one of the world's most exciting leagues and is considered one of the top five leagues in Europe. If you want to watch the Italian Serie A without cable, all you need is a subscription to Paramount+, which holds the right to broadcast the Serie A in the United States. They are a part of the CBS Sports Network, which purchased the rights to broadcast the Serie A ahead of this season.

Some select games are also broadcast live on CBS Sports. Here we have all the streaming services that you can use to watch Serie A this season.

The best way to watch the Italian Serie A without cable for people living in the United States is by getting Paramount+. It is a very exciting streaming service that is still in its infancy, having just been launched earlier this year.

A monthly subscription to Paramount+ costs just $4.99 per month for the Essential pack, which contains a few ads, while the Premium pack comes ad-free and costs $9.99 per month. Both plans come with a 1-week free trial for those who haven't already subscribed before. It also has the option of purchasing the annual plan, which costs 15% less.

Paramount+ has the rights to not only the Italian Serie A but also several other soccer leagues, including the UEFA Champions League. It also broadcasts several other live sports, including the NFL, which you can stream easily without paying any extra. Paramount+ and CBS are offering a lot of exciting content when it comes to sports.

If you do not have a Paramount+ subscription or want to watch Serie A on a different streaming platform, there are many other platforms that you can choose from.

FuboTV is one of the best streaming platforms for sports fans, as it offers live access not only to all the major sporting events but also to various TV channels, shows, movies, and other events. It includes multiple bundles, and you can watch the select Serie A games that are broadcast on CBS Sports live on FuboTV.

But CBS Sports is part of its main bundle, and a monthly subscription starts from $64.99. You can also get a 7-day free trial if you are a new subscriber. Here you can read our review of fuboTV.

Another great option that you can watch Serie A games on is the popular Hulu + Live TV. It has one bundle of 75+ channels that includes CBS Sports. A monthly Hulu + Live TV subscription costs $64.99, and it gives you access to both Hulu's on-demand video library service and its live TV service. So you basically get two platforms in one with this service. For more information, you can read our Hulu + Live TV review here.

Last but not least, we have YouTube TV. It is a great streaming service that has been around for a while now. It includes a single bundle that has more than 85 channels, including CBS Sports, so you can watch the Serie A games broadcast on TV live on this streaming service. A monthly subscription to YouTube TV costs $64.99. Be sure to read our YouTube TV review here in order to get more information on the service.

How to Watch the 2021 Italian Serie A in Other Countries?

With the Italian Serie A being one of the most popular leagues around, it is broadcast in nearly every corner of the world. You can catch all the Serie A matches live, no matter where you are, as long as you have a subscription for the respective streaming services or the cable TV companies that have the rights. Here is a list of various networks that will allow you to watch the Italian Serie A live in select countries.

Which Teams and Players are Participating in Italian Serie A 2021/22 Season?

Serie A features a number of great teams. In total, there are 20 teams from all over Italy that take part in this very captivating league. Each team takes part in 38 matches, and every team plays the other 19 teams, both home and away. The team that is top of the table after 38 matches is crowned Serie A champion. The teams that finish in the top four of the table qualify for the UEFA Champions League. While the teams that finish in the bottom three are relegated to the second division of Italian football, which is Serie B.

The big teams include Juventus, who missed out on the title last season for the first time in a decade. Known as the Old Lady, they have a star-studded squad that is the envy of the rest of Europe, featuring the likes of Paulo Dybala, Weston McKennie, Matthijs de Ligt, and many more. They also have several players from the Italy team that won the European Championships this summer, including Giorgio Chiellini and Federico Chiesa.

However, the defending champions going into this season are FC Inter Milan. They have lost their coach and a key player from last season. But they still have a very strong squad as they look to defend their crown, led by Lautaro Martinez.

Inter Milan's arch-rivals AC Milan are also in the running for the title. The Rossoneri enjoyed a great resurgence last season and have a very exciting squad filled with talented youngsters. Their team is led by Zlatan Ibrahimovic, who is showing no signs of stopping even at the age of 40.

The league also has Atalanta BC, which is known as one of Europe's most exciting football teams. There are also capital rivals AS Roma and Lazio, as well as the hugely entertaining Napoli. These seven teams are fighting for European qualification in the Italian Serie A. AS Roma are coached by the legendary manager and tactician Jose Mourinho. He is one of the several great coaches in the league. Some of the other big coaching names include Massimiliano Allegri and Maurizio Sarri. The league also has players from all over the world, including some very talented stars from the United States who are making big waves in Italy. There are also several American-owned leagues in Serie A.