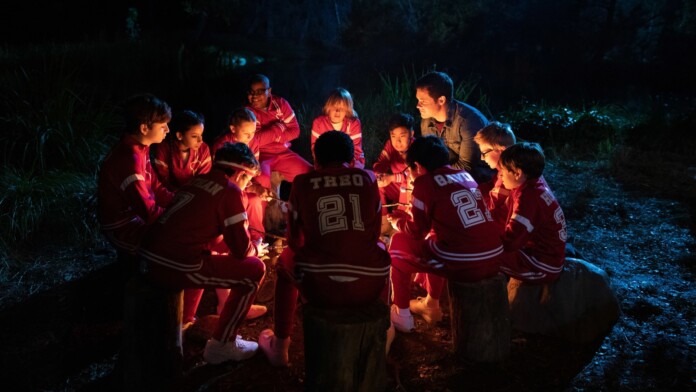 Kids are going to have a blast watching this new show on Disney+ called Magic Camp. Let's see how you can watch it online on the platform.

Magic Camp is a cute live-action comedy movie following a group of misfit campers who help a magician rediscover the love for his craft.

The movie features a great cast that includes Adam DeVine, Jeffrey Tambor, Gillian Jacobs, Nathaniel McIntyre, Josie Totah, and Cole Sand. With a $24 million budget, we expect to see a cool film, and we are convinced that it's going to be worth our time.

Magic Camp was actually supposed to get a theater release back in April, but due to the COVID-19 pandemic, it got pushed back to August 3rd. When the pandemic kept raging on, Disney decided to release it on Disney+ instead.

When and Where to Watch Magic Camp?

Magic Camp will become available to stream on Disney+ starting with August 14th, so get ready to watch another lovely family movie by Disney.

How Can I Stream Magic Camp?

Magic Camp is a film that's going to be available to watch on Disney+. Thankfully, subscribing to Disney+ is an easy thing to do. In fact, you simply have to head over to the platform's website and start setting up an account.

Disney+ costs $6.99 per month - or $69.99 per year if you'd rather take that route. They no longer offer a free trial, so you'll just have to dive right in and cancel if you feel like the platform is not good enough for you.

There's also the option of going for the bundle they set up, which features Disney+, Hulu, and ESPN+ for $12.99 per month.

Disney+ features thousands of hours of Disney content, old movies, and shows, as well as brand new exclusive content. In the past few months, they've added great content like Hamilton, The Mandalorian, and more.

Disney+ has a ton of apps you can download for your devices, including for iOS and Android smartphones and tablets, Apple TV, Android TV, Fire TV, and more.

Can I Watch Magic Camp Elsewhere?

At the most, it may, at one point, become available to buy, but right now that's not happening.