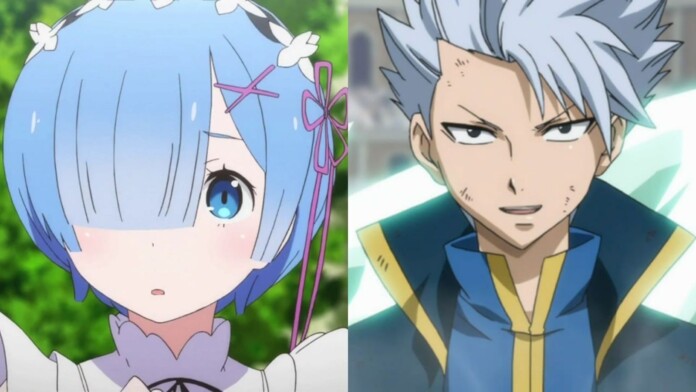 The women of Sailor Moon all have their own unique powers, and Sailor Mercury is the Sailor Guardian with the power of water and ice. Not only does she have amazing ice powers, but she's also an incredibly intelligent and sweet young woman.

At first, her powers manifest as a binding cold mist or fog, but soon she has the power to freeze enemies in solid ice and create ice barriers for protection. While she's not all that powerful compared to some of the ridiculous shonen anime ice users in this list, within the world of Sailor Moon, her abilities are formidable.

Haku is one of the first villains we meet in Naruto and a great example of how Naruto's "villains" are complex and simply people on the other side of an imaginary line. Haku is a mercenary ninja who doesn't belong to a village. He's a descendant of the Yuki (snow) clan. Haku is gentle in nature, and Naruto first mistakes him for a woman.

Haku's most impressive ice power demonstrated in his battle with Naruto's team is the Demonic Mirroring Ice Crystals. Haku traps his opponents in a dome of ice mirrors and can then move so fast that he can attack from any angle. In the end, Haku wasn't strong enough to beat a team of newbies, but that was more a function of plot armor - if we're being honest. Up until that point, Haku was an incredibly deadly mercenary ninja.

Rem is one of our favorite characters overall, but she's fairly low on this list because she's actually not primarily an ice user. However, her most devastating and brutal attacks she has are spells that use ice. Huma is her primary water barrier magic spell, but there are three sub-spells that derive from it.

El Huma shoots spears of ice from Rem's hands. She can even use enemy blood as a liquid for this power, which is metal as heck! Ul Huma shoots three ice pillars, each equivalent to about 100 spears. Al Huma creates a single extra long spear of ice, useful for fighting creatures that are large and need plenty of penetration to reach their vitals.

Rem herself is a pretty awesome character. She is sweet and friendly to those on her side and an absolute badass demon when facing an enemy. Although her ice powers may not be the strongest on this list, she's much more ruthless and decisive when using them than most.

Mizore is a Yuki-Onna, literally a "snow woman." In other words, she's the embodiment of winter, snow, and ice. Ice is intrinsic to her being so even emotional disturbances can turn the air cold.

Mizore's power can be applied in many different ways. We've seen her use ice daggers, ice claws, icicle barrages, and ice clones. If that's not scary enough, she's also a hand-to-hand combat expert and has ninja levels of stealth. It's like someone took Sub Zero from Mortal Kombat and turned him into a cute high school girl.

Everyone knows the famous flame alchemist Roy Mustang from the original adaptation of the Fullmetal Alchemist manga. He literally had no equal, but that changed with the second adaptation, Fullmetal Alchemist Brotherhood. Although a minor character in the greater scheme of things, Isaac McDougal is the Freezing Alchemist, with power over water and ice.

Isaac actually has power over water and can make it either instantly freeze or boil. This includes the fluids in a human body, which means he can freeze or boil a person by simply touching them. Not a great way to go!

Isaac is also capable of creating infinite ice pillars using transmutation circles, which allowed him to single-handedly assault an entire city. When he went up against Roy Mustang, things did not go well for the Flame Alchemist, it took the Fuhrer Bradley himself for the rebellious Isaac to meet his match.

We've put Todoriki right in the middle of this list because he's literally a 50/50 fire and ice user. Being a fire and ice user, we don't think he's as potent a user of either one compared to his parents. However, Todoroki is still highly powerful with ice, and since he can combine it with fire, his overall strength is more than the sum of its parts.

He mainly uses his ice half to rapidly move around the battlefield by skating or surfing on ice. It's also a defensive power that keeps him safe while attacking with flame.

One of his best combination attacks is the flash-freeze heatwave, where he uses a quick swap from very low to very high temperatures to instantly create a powerful blast. He avoided using his fire powers at all for a long time, but once he got over it and learned how to combine it with ice, all bets were off for his opponents.

Rukia is the Shinigami (death reaper gods) we encounter first, as her powers are accidentally transferred to the hero Ichigo. It's easy to think of her as being a little weak because that's how we see her for a large segment of the show at first. However, she's an elite lieutenant in Soul Society standing above the vast majority of other reapers.

She's in the bottom half of this list because her ice powers are only unleashed at the limit of her sword, which are extensions of a shinigami's souls. When she unleashes the might of her sword, she herself becomes the embodiment of ice. In this form, Rukia can do something truly extraordinary by bringing the temperature of something down to absolute zero. Her sword also lets her execute more basic ice attacks in its regular form as various "dances," but they aren't that impressive compared to most of the characters on this list.

While he looks like a child, Toshiro is a devastatingly powerful Captain in the shinigami forces. In contrast to his looks, he's actually pretty serious and mature. In fact, his personality is rather cold overall.

His greatest power might actually his genius-level intellect and knowledge, but in terms of direct combat power, he's also crazy strong. His sword and spiritual power are icy in nature, and his various powers embody that. At high levels of power release, the captain can freely control water and ice as an extension of his own body - something that's only possible thanks to his massive power reserves. Don't ever judge this book by its cover.

Lyon is a high-level ice creation mage belonging to the Lamia Scale guild, one of several adventurer's guilds in the world of Fairy Tail. It's, therefore, a rival to the Fairy Tail guild. Since Lyon is an ice user, he seems like the natural rival for the fire-wielding Natsu Dragneel, but generally, it's Gray Fullbuster who's really his rival.

Lyon is an ambitious, cold, and composed fellow but has also been known to act impulsively at times. In terms of powers, his ability to create objects out of ice with his "ice make" magic has made him suitable for very high-level guild quests. He's also naturally resistant to cold-based attacks, which either do him no harm or are significantly less effective.

The versatility of his ice powers is immense. He can create a variety of creatures, from flying eagles to an ice dragon and everything in between. These are animate and can move according to their design. Lyon can also make himself weapons, wings, and armor at will.

Apart from his mainline ice molding powers, he also has several pure ice magic spells. This allows him to, for example, summon a blizzard and empowers him to dispel ice-based magic cast by other mages.

Lady Esdeath is one of the scariest ice queens ever to grace the screen. She's ruthless, cruel, and a hardcore Darwinist. She gained her ice powers by consuming a weapon that kills almost everyone who tries using it, but her indomitable will was more than enough to handle its power.

After it becomes part of her, she can create ice from nothing at a massive scale. She can freeze and attack massive creatures, create an army of ice soldiers, and even freeze time itself. Yes, you read that right. It's a real pity she's downright insane.

Which are your favorite anime ice power users? Who do you think is the most powerful? Let us know in the comments!