The Most Badass Female Anime Characters With Fire Powers 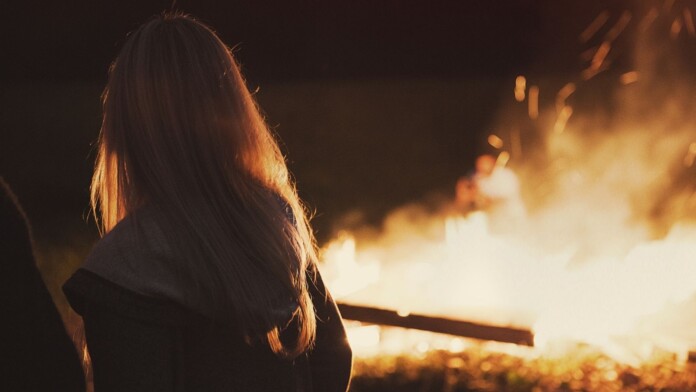 First daughter of the noble House of Vermillion in the Clover Kingdom, Mereoleona doesn't take crap from anyone. Her personality is as fiery as her actual magic. Known as the "Uncrowned Undefeated Lioness," she's formidable in battle and shows no mercy to her enemies.

Despite this, she deserves to be on this list because of her leadership. Always willing to help others get stronger and with no regard for class or birth, Mereoleona respects anyone who's striving to become more than they are.

Nezuko is a sweet girl who has been transformed into a demon. Refusing to give in to the urge to feed on human flesh. Instead, she joins her brother (a demon slayer) to battle against other demons who prey on human beings.

Nezuko has gone through many traumas and has to constantly fight the demon blood that taints her body. Yet, she's a formidable fighter who will do anything to protect her brother from harm. As someone who naturally puts the needs of others before her own, there's a lot to respect in her character.

Although it hasn't really been shown off in the anime series so far, we know from the manga that Nezuko's primary power is pyrokinesis. Her pink flames can burn demons to a crisp, but they are completely harmless to humans - a perfect power for a demon hunter who doesn't want to cause innocent people harm.

Where to Stream: Crunchyroll & Netflix.

Mei is the Fifth Mizukage, which means she is the top ninja in the Hidden Mist Village. In the world of Naruto, that basically means she's the head of the village and one of the most powerful ninjas in the world.

We're cheating a little with the inclusion of Mei in this list of fire users since she's mainly known for using lava techniques. However, she is one of the rare ninja that can use all nature-type techniques, including fire, so that makes her eligible in our book.

Mei is a kind and upbeat woman with a flirty side, but she's an absolute monster in battle. One of the most reasonable people in the world of Naruto, once she decides to punch your ticket, there's not much hope. You're probably going to end up melting in a flood of lava!

Where to Stream: Amazon Prime Video.

Rei Hino is part of the magical girl team from the hit anime Sailor Moon. Sworn to fight evil, she stands beside the other Sailors to punish evildoers wherever they might show their faces. All of the team members are formidable, but Sailor Mars is on this list because her power is fire!

In her daily life, Rei is smart and talented. She's a diligent person and a skilled multi-instrumentalist musician. In other words, an absolute catch! Emotionally, however, she's more like the fire she wields - especially when it comes to butting heads with her leader Sailor Moon. Rei wants to be the leader and tries to grab that position a few times over the course of the anime but eventually settles into her team position, although she still likes to get into petty arguments with Sailor Moon.

Where to Stream: Hulu, Funimation & Crunchyroll.

The Flame Haze Shana, from the eponymous anime, carries the heavy duty of maintaining the balance between the world of humans and that of the gods. She fights the forces bent on destroying that balance with sword and flame.

At first a little cold, Shana does actually care about humanity and a few select individual people. In battle, she's definitely a badass, and you definitely don't want to get on her bad side.

5. Shizue Izawa - That Time I Got Reincarnated as a Slime

Where to Stream: Crunchyroll, Netflix, Funimation and Anime Planet.

Shizue has a tragic back story: pulled into a fantasy world by a demon lord while her city was being firebombed, she's literally touched by flame. The demon lord who summons her forcefully puts Ifrit, a powerful fire spirit, inside her, giving her unparalleled fire powers.

However, that power comes at a price. Although Shizue has a much extended lifespan thanks to Ifrit, the spirit is also constantly eating away at her. She's a hardcore battle expert, but she also has to fight a tough internal struggle every minute of her life.

Where to Stream: Hulu, Amazon Prime Video, Funimation and Crunchyroll

Future leader of her clan, Ayano Kannagi is a skilled yet reckless fighter. She wields the power of flame and fights with a sword. Her flame powers are not under her conscious control, at least not yet, so oftentimes, it's only brought out by anger and rage.

Ayano tries to solve all her problems with brute force and considers herself unbeatable, and this incredible pride tends to get her into more problems than it solves.

OK, Megumin is maybe another slight cheat for this list because her power isn't strictly fire - but fiery explosions. A mage in the world of Konosuba and a member of the crimson demon clan, Megumin is a classic glass cannon.

She's put every last one of her experience points into the explosion spell she can only cast once a day, after which she is completely unable to move. You have to admire her dedication to the art of blowing stuff up!

Not only does this member of the Fire Force have incredible powers that control flames, but she also has a physicality that sets the anime world on fire. An athletic, powerful woman, Maki is a Second Generation: one of the most powerful fire manipulators. On top of this, Maki is an expert hand-to-hand combatant.

Despite her killer looks and even deadlier skills, Maki is polite, calm, and more than a little romantic at heart. It's a combination that easily explains the popularity of this character.

While she might not be that well-known today, Lina Inverse is the comedy fantasy series Slayers heroine - an absolute classic of '90s anime. This adventuring sorceress doesn't just wield the power of fire but various elements. Still, her most iconic attack and favorite way to get the point across is the fireball spell.

Lina loves two things: taking out bandits and making a lot of money, although she ends up going through many crazy adventures in pursuit of gold. It also helps that she's more than a little crazy.

That's it for our list of fiery femme fatales, is there a female fire user you'd add to this red-hot group? Let us know in the comments.