The New York Times Decides to Pull Out of Apple News 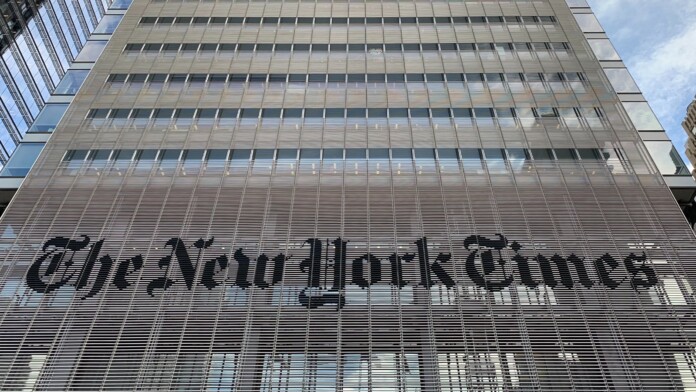 Ever since launching its News platform in 2015, Apple has had plenty of trouble attracting high-quality content publishers and connecting them to readers. Initially designed for the company’s smartphones and tablets, the News app is now also present on a broader range of devices, including computers. Besides, the Cupertino-based company has introduced its News Plus subscription last year ($9.99/month). However, despite all of that effort, it looks like the platform is still struggling – and now, a major content publisher has decided to break its connection to Apple News.

The New York Times needs no introduction, being one of the most respected news publishers in the world. With this said, it’s easy to understand why its presence on Apple News was critical for Apple’s platform from the very beginning. Aside from this publisher, many others have decided to join Apple News during the last year, to reach more readers and increase their revenue. This includes The Wall Street Journal, The Los Angeles Times, and Condé Nast (the publisher of The New Yorker, Vanity Fair, and Wired). However, as announced by The New York Times, Apple has broken many of its promises.

The Times states that Apple had “given it little in the way of a direct relationship with readers and little control over the business.” As Meredith Kopit Levien (chief operating officer at The Times) notes, the publisher seeks partners capable of routing readers back The Times’ environments, where the publisher can control the presentation of its report. It’s also why this decision doesn’t come as a surprise, as The New York Times has been publishing a much smaller volume of articles via Apple News in the previous months.

The publisher also notes Apple’s problematic behavior in terms of high fees. More precisely, the Cupertino-based company takes 30% of any in-app purchases. And when it comes to News Plus ($9.99/month), one half of that revenue goes directly to Apple while the other half is shared between dozens of news organizations. Furthermore, Apple has been accused of anti-competitive behavior many times in the past. The EU has launched an antitrust investigation targeting the company, which has already been fined by the French competition authority.

Finally, we’d also like to note that Google News is also facing a similar situation. News publishers have been trying to persuade Google into paying for news articles it indexes via its News platform. However, just like Apple, Google is also defending its stance in a rather rigid way, even though the company has now decided to pay for certain types of content.