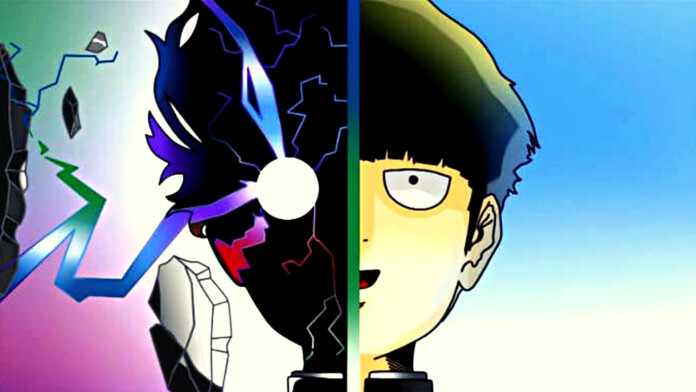 Mob Psycho 100 season 3 has finally been confirmed by the series’ official Twitter account, along with the release of a new teaser trailer and poster.

2022 is going to be a great year, at least for us otakus. One by one, popular manga and light novels are being adapted into anime, and the series that reigned at the top for years are finally receiving another season. The anime community is incredibly hyped up for shows such as Chainsaw Man, Blue Period, Demon Slayer S2, Kaguya-Sama Love is War S3, and of course, Mob psycho 100 Season 3.

The update went live on October 19, following a mysterious countdown stunt last week. As expected, once the number hit 100, the teaser trailer for season 3 dropped, and fans found it hard to contain their excitement.

The clip runs under a minute and shows the characters calling out for Mob. It also features some of the most thrilling scenes from Mob Psycho 100’s previous seasons, as the number increases to 100 in typical fashion.

From this, we can see that the third season will be just as sensational as the first two, and fans’ expectations are sky-high. Fortunately, it appears that the past seasons’ quality will be maintained in the upcoming season as well. The show’s producers have announced that the voice actors will remain the same, with Setsuo Ito voicing Mob, Takahiro Sakurai playing Reigen, and Akio Otsuka taking on Ekubo’s role. The only change consists of Yuzuru Tachikawa, the director of the previous two seasons, becoming the executive director, with Takahiro Hasui (known for Sk8 the Infinity) taking his place.

Alongside the teaser video, a poster has also been released, which shows Mob with a bouquet, joined by Reigen holding an umbrella. The master-disciple pair look as dashing as ever in their black and gray uniforms and seem to promise a great new season to their fans who have waited long for their return.

It is speculated that the third season of Mob Psycho 100 that will release in April 2022, will be more emotional and slice-of-life oriented instead of action. Nevertheless, Fans are excited to further witness Mob’s development and Reigen’s cool persona.

Mob Psycho 100 Season 3 is releasing in April 2022 and will be available to watch on Crunchyroll and HBO Max.

The series follows Shigeo Kageyama, better known as “Mob,” a middle-school kid who possesses extraordinary psychic abilities. To keep his powers under control, Mob must keep his emotions in check at all times. He soon becomes con-man Reigen’s protege as the latter promises to teach the boy how to control his powers.

For those of you not caught up with the anime, you can watch Mob Psycho 100 here: