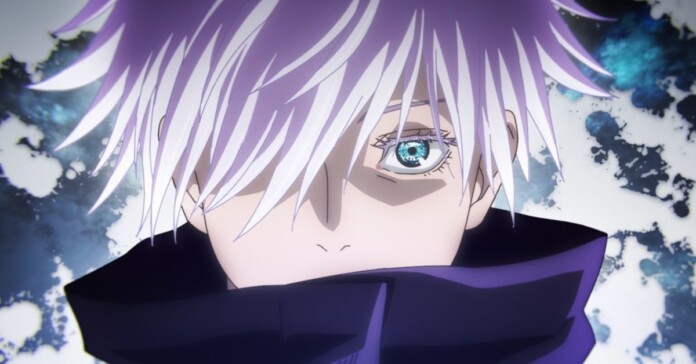 With its stellar animation and exciting approach to the shonen genre, it's no surprise that Jujutsu Kaisen has taken the anime community by storm. The series has become one of the fastest-growing anime franchises on the planet, and most agree that the show is capable of vying for the top spot this year.

Though it's barely been a year since the first season ended, we already have a Jujutsu Kaisen movie releasing this winter. Now the only question is: Will Jujutsu Kaisen have a second season? If yes, then when will it come out? Read on to find out!

The first season of Jujutsu Kaisen covers 63 chapters and six arcs from the manga, starting from the 'Introduction Arc.' Here is a recap of some of the most critical plot points that'll carry into season 2:

• After Yuji dies mid-season, Sukuna brings him back to life on one dangerous condition: Sukuna would be allowed to take complete control of Yuji's body for a whole minute whenever he chants "Extention," and Yuji will have no memory of this pact.
• When Nobara and Yuji rendezvous with Megumi at the end of the Death Painting Arc, Sukuna swallows the finger before Yuji can even touch it. By the end of the season, Yuji has consumed 4 out of 20 Sukuna fingers.
• Mahito, Geto, and the affiliation of cursed spirits gain an ally in the cursed spirit Choso after Yuji and Nobara kill his brothers.
• Gojo suspects that there's a traitor among the sorcerers and enlists Utahime's help to investigate the matter.
• Todo and Mei Mei nominate Megumi, Yuji, and Nobara to be promoted to Grade 1 sorcerers after their exceptional performance at the Sister School Goodwill event.
• As the season ends, Gojo calls the main trio and tells them to meet him for a "top-secret mission."

A lot more happened this season, of course. There was character growth and some very in-depth explanations of how cursed energy works. But in preparation for season 2, these are the only things you need to remember.

Will Jujutsu Kaisen Have a Season 2?

Jujutsu Kaisen will absolutely have a second season. Given the anime's skyrocketing popularity and the revenue it generated in such a short amount of time, the show is guaranteed to be renewed.

It's barely been a year since the first season ended, and there's already a massive wave of interest in a second season. The series also made a ridiculous amount of money worldwide, and in the short while that it's been out, Jujutsu Kaisen's merchandise is set to rival anime giant One Piece!

To keep up with the demand, MAPPA Studios announced a movie for the JJK franchise. People received the news with more enthusiasm than many expected, and it's one of the few movies the entire anime community is keeping an eye out for.

Considering all of this, the idea of JJK getting a second season is only a matter of 'when and not 'if.' For obvious reasons, the second season won't come out until after the movie, but thankfully the movie's release is quite close.

When Will Jujutsu Kaisen Season 2 Release?

JJK season 2 hasn't been announced yet, but fans can expect an announcement after the JJK: 0 movie comes out sometime, maybe during Spring 2022. However, the actual release might take longer. JJK manga doesn't have enough material to provide for an entire anime season, so the release will likely take time.

Currently, the manga has about 158 chapters, which isn't enough source material. Given that the anime covered 63 chapters in 24 episodes, and the movie will also be taking up one more arc, it might take a little while for there to be enough content for the anime.

Of course, it's expected that the creators will do their best to deliver as soon as they can, but it still might not be soon enough.

However, if the studio decides to run with the material at its disposal, the anime will likely come out sometime in early 2023.

The second season of Jujutsu Kaisen will cover the most important arcs from the manga: The Shibuya Incident. This is the longest arc in the entire manga and will result in heavy casualties and dangerous ramifications.

The arc will focus on Yuji and his team trying to keep up with Geto and Mahito's orchestrated calamities. The arc will revive characters like Fushiguro Togi, while Gojo — the Gojo — will be overwhelmed at the fight presented to him. This is by far the most intense arc, and fans of the anime are in for a roller-coaster.

Apart from the entire cast of season one, the second season will introduce characters like Toji, Ui Ui, Yuta, Nanako, Mamiko, and more to the anime fans.

The rest of this section will feature possible spoilers for the anime's second season and the manga!

The Shibuya arc served some of the most shocking plot twists in the entire manga, and here are a few of them that are bound to be an integral part of the anime:

• Geto manages to seal Gojo into the Prison Realm.
• Nanami dies, and Nobara loses part of her entire face in an explosion.
• Jogo force-feeds Itadori 10 Sukuna fingers, leaving just five more fingers between Yuji's possible execution and Sukuna's inevitable revival.
• It is revealed that the real Geto died the day Gojo killed him and that the new Geto is actually a spirit possessing Geto's body.

There's also a fight between Megumi and Toji, which will really tug at one's heartstrings.

Overall: The Shibuya arc is one of the best arcs in the entirety of JJK, and since season 2 will include this arc, it's about to be the most thrilling season in anime history.

Everything We Know About Jujutsu Kaisen 0: The Movie!

The Jujutsu Kaisen 0 movie is set to release on 24th December 2021 in Japan. Based on the 'Cursed Child' arc, the movie centers around Yuta Okkotsu, the fourth second-year student missing from the anime's first season.

MAPPA recently released a stunning teaser trailer for the movie:

After the death of his friend Rika, Yuta is surrounded by an immense concentration of Rika's spirit's cursed energy. Unable to control it, Yuta immediately becomes a threat to everyone in his immediate vicinity. The higher-ups at Jujutsu Council order his execution, but Gojo steps in and offers to take Yuta under his wing.

Together with his classmates Maki, Toge, and Panda, Yuta trains, hoping to control Rika and using her power to help others. But he soon realizes that the dangers of the jujutsu world far surpass the power of evil spirits.

The main cast of this film will be Jujutsu High's second-year students, Zenin Maki (the Cursed weapons user), Inumak Toge (the Cursed Speech user), and the fan-favorite Panda. Characters like Satoru Gojo, Kento Nanami, and Suguru Geto are also set to make an appearance.

Is Jujutsu Kaisen 0 a Prequel or a Spin-off?

The Jujutsu Kaisen 0 movie is a prequel to the anime's first season. It's set roughly a year before the events of the anime and will focus on Yuta Okkotsu and the rest of the second-year students (who are in their first year during the movie).

Is Jujutsu Kaisen 0 Canon? Do I Need To Watch It?

Jujutsu Kaisen 0 movie is canon and will tie into the second season. Yuta will be one of the major players in the future of the JJK franchise, and the events of this movie will likely set the stage for the upcoming Jujutsu Kaisen season(s). So yes, you need to watch it to make sense of the later arcs.

When Will Jujutsu Kaisen 0 Be Available Internationally?

So far, there's no confirmed date for the movie's international release. But based on previous release patterns, Jujutsu Kaisen 0 should be available in cinemas internationally by mid-2022. Streaming services will follow suit by the end of 2022 or the beginning of 2023.