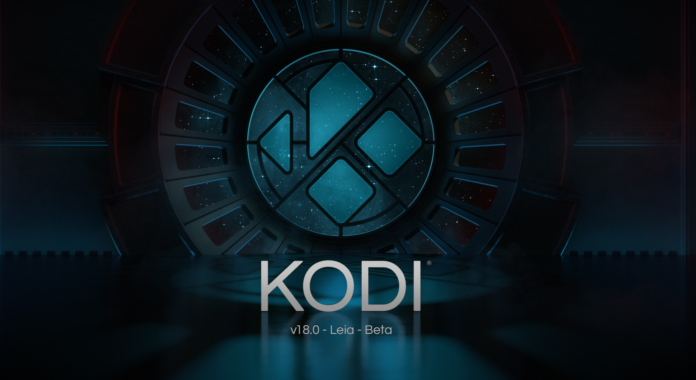 Less than a month after the final Alpha release of Kodi 18 was unveiled, the first Beta version is ready for Kodi users. Even though we don’t have a specific release date just yet, it’s clear that the final Kodi 18 version is getting closer with each new day. Here’s what you need to know about Kodi 18 Beta 1.

Since Kodi has now entered the Beta development stage, this means that no new features will be added. Therefore, all of the currently available features will make it to the final release without any changes. To learn about these features, take a look at our articles on the Kodi 18 Alpha 1 and Kodi 18 Alpha 2. In other words, the development team behind Kodi is now focused on fixing bugs and improving the overall performance of the software. If you’re willing to test it, you should know that Kodi 18 Beta 1 should be stable enough to be used as the primary version.

What’s also interesting to note is that Kodi’s developers are ready to share more information about the upcoming release. If you want to keep track of these changes, take a look at v18 (Leia) changelog. However, the best source of fresh information can be found on Kodi’s Wiki page. This is where you can learn about software changes, customization, third-party implementation, and more. To learn about the development side of Kodi, here’s Kodi’s GitHub codebase – recently updated and renewed.

Finally, it’s also important to mention that an updated set of skins was released for Kodi 18 Beta 1. Since there are plenty of changes between major Kodi releases, currently available skins become obsolete and must be updated. At the moment, you can use the following skins: Adnoic, Aeon Nox 5, Andromeda, Black Glass Nova, Chroma, Confluence, fTV, Grid, Mimic, Nebula, Omni, Rapier, Sio2, and Xperience 1080. As you can see, all of these are hugely popular skins used by a number of builds. Still, we don’t recommend you to install the currently available builds as there’s a huge chance that they won’t work just yet.

Along with the announcement of Kodi 18 Beta 1, the company behind the world’s most popular home theater software has announced a series of t-shirts that are up for sale. If you’re a hardcore fan of this application, take a look at the TeeSpring’s online shop. And in case you’d like to try out Kodi 18 Beta 1, you can download the pre-release build from the official download page. Users of Android and Windows can also take advantage of the newly released installer add-on.

Are you willing to try to latest Kodi 18 Beta build? Make sure to tell us about your impressions in the comments section below. And also, don’t forget to follow us on Facebook and Twitter. Thanks!