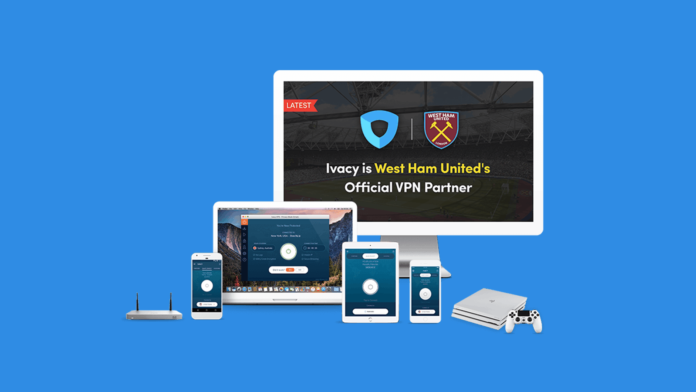 Ivacy VPN is one of the veterans of the VPN industry, being launched in 2007. Today, it has millions of satisfied customers from all around the world, helping them protect their personal data and prevent unauthorized logging done by third parties. However, despite its pristine reputation and a long list of features, Ivacy VPN still remains one of the most affordably priced VPN services – whose price is now even more attractive as this VPN runs a special football-themed promotion that’s going to sweep football fans off their feet.

By using a promo code ‘Westham25’, you can save 25% off any of the current Ivacy VPN plans. This applies to its monthly plan as well, but you’ll find the biggest savings in this VPN’s one-year and two-year plans (which already come discounted). Let’s check out the prices, found in the table below.

The cause of this promotion is the fact that Ivacy VPN is not a proud partner of West Ham United, one of the biggest football clubs in the world. However, by getting an Ivacy VPN subscription, you also become eligible to win special prizes. By joining Ivacy’s reward program, you could become a proud owner of a West Ham United signed shirt, or you can get tickets to watch The Hammers live at The London Stadium. As you can see, now is the best time to sign-up for Ivacy VPN, and this amazing deal might just be enough to persuade you into protecting your Web data and encrypting your Web connection.

Finally, you should that Ivacy VPN is one of the high-ranked VPN services, offering more than 1,000 servers across 100+ locations around the world. By offering a series of VPN protocols and native app across the board, you can easily protect your Web data on any device. We also recommend it to fans of media streaming services, as this VPN can easily unblock any geo-locked streaming platform. To learn more, make sure to read our Ivacy VPN review.

So, what you’re waiting for? Make sure to subscribe to Ivacy VPN today, as this is a time-limited offer. Go ahead and shave 25% off of any VPN plan offered by Ivacy VPN, and you’ll also get a no-strings-attached 30 days money-back guarantee. And finally, a quick reminder – you can apply the ‘Westham25’ coupon once you select a VPN plan and a payment method. You’ll see that the coupon code is already on your order, so you just have to click on ‘Apply’ to reduce the price of your subscription.