How to Watch Yellowstone Season 5 Online From Anywhere 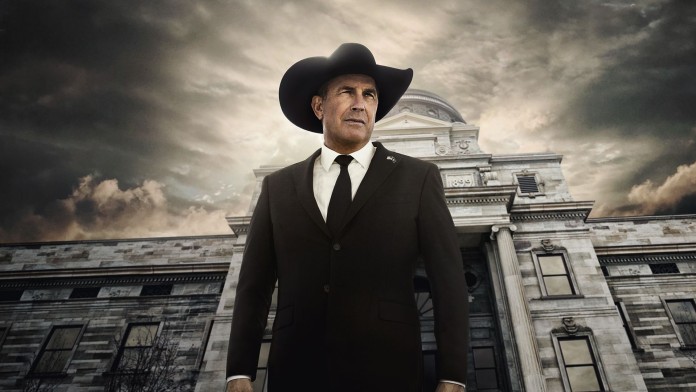 Fans of Yellowstone are in for a treat as the Duttons are returning for a brand new season - so get ready for more family drama! For the uninitiated, we should mention that the show follows the Duttons, who own Montana's biggest ranch. The family patriarch John Dutton is portrayed by Kevin Costner, and his children, Jamie and Bethany, are portrayed by Wes Bentley and Kelly Reilly.

Last season we saw Jaime kill Garrett, his biological father, and Beth claimed that she had some sort of leverage over Jaime. In Yellowstone season five, we will see John Dutton become the new Governor of Montana, Beth will be appointed as his Chief of Staff, and Caroline Warner will return as the villain. Moreover, viewers can expect more Dutton flashbacks explored in the new season, and hopefully, we will get some answers to questions like what will happen to Kayce’s vision and how the land battle between Market Equity and the Duttons will turn out.

Can't wait to watch the new season of the Western drama? We have everything you need to know, including details about the cast, episode guide, filming locations, and more. So what are you waiting for? Let's check out where, when, and how to watch Yellowstone Season 5 online from anywhere.

When and Where to Watch Yellowstone Season 5

Yellowstone Season 5 premiered on Sunday, November 13, 2022, at 8 pm ET, on Paramount Network in the US.

How to Watch Yellowstone Season 5 Online From Anywhere

If you live in a region where Paramount Network is available, such as in the US, territories across Europe, East Africa, Latin America, and Asia, you can easily watch Yellowstone Season 5 online. Most streaming services are geo-restricted, meaning you cannot access your streaming library while traveling outside of these regions. You may watch Yellowstone Season 5 online with the aid of a VPN, which will get rid of any geo-blocks and change your virtual location to make it seem like you're at home.

Trying to find a VPN solution that works for you? ExpressVPN is one of the best VPNs on the market, with thousands of servers in over 90 countries. Furthermore, it is a no-log VPN that is independently audited, offers unlimited bandwidth and 24/7 live chat support, secures your privacy online with best-in-class encryption techniques, and shields you from security breaches. You can try ExpressVPN RISK-FREE for 30 days owing to its no-questions-asked money-back warranty.

Want to bag a great bargain? You can save a lot of money if you go to its website and subscribe to ExpressVPN (49% Discount + 3 Months FREE). Download the native app for your device or system, and log in through a sign-in link sent to your email address or an activation code. All that's left for you to do is select a server from your home country when you activate the VPN. After that, you'll be able to watch Yellowstone Season 5 online from anywhere.

How to Watch Yellowstone Season 5 Without Cable in the US

However, you can watch full episodes of Yellowstone right now by going to the Paramount Network website and signing in with your TV provider credentials.

We should also mention that you can purchase new episodes on Amazon Prime, iTunes, or Vudu, but please note that the episodes may not be available immediately.

Let's take a look at some live TV and streaming services that carry Paramount Network, so you can watch Yellowstone Season 5:

It's also good to know that you can stream the previous seasons of the show on Peacock, where plans start at $4.99 per month.

You can use a trustworthy VPN to watch the show while you're away from home. To bypass any geo-restrictions you might face, simply select a US server when you activate the VPN.

How to Watch Yellowstone Season 5 in the UK and Canada

If you live in the UK, you will be able to watch Yellowstone Season 5 on Paramount+ one day after the US premiere on November 14. A subscription to this service will set you back by £6.99 per month, and new customers are also eligible for a 7-day free trial.

And if you're in Canada, you can also watch it exclusively on Paramount+ for CA $9.99 a month on November 13 at 8 pm ET / 5 pm PT. The previous four seasons are available on Amazon Prime Video Canada.

You can watch the show while traveling overseas with the use of a reliable VPN that can eliminate geo-restrictions. Once the VPN is running, all you have to do is choose a server from your home country to watch Yellowstone Season 5 online from anywhere.

How to Watch Yellowstone Season 5 in Australia

Folks in Australia will be happy to know that the brand new season of Yellowstone will premiere on Stan on November 14, 2022, at 10 am AEDT. Stan's subscription prices start at $10 per month after a generous 30-day free trial.

You can watch the show while traveling overseas if you use a reliable VPN to remove geo-restrictions. Once the VPN is running, all you have to do is choose an Australian server, and you're good to go.

How Many Episodes Does Yellowstone Season 5 Have?

There will be 14 episodes this season which will be divided into two sections. The first 8 episodes will air weekly beginning on November 13 with a two-hour premiere. The remaining 6 episodes will air at a later time; many believe it will be in the spring or summer of 2023.

Where Was Yellowstone Season 5 Filmed?

Yellowstone Season 5 was filmed in Montana, including Ravalli County and downtown Missoula.

Will There Be a Season 6 of Yellowstone?

Yes. Actor Cole Hauser told People that season five would not be the last season. Moreover, during its New York City premiere, an executive said that co-creator Taylor Sheridan was absent because he was "busy writing the next season of the hit show."

Should I Watch 1883 Before Yellowstone Season 5?

Yellowstone's prequel series "1883" examines the dark history of the Dutton family. It is not necessary to watch 1883 before Yellowstone Season 5, and you can watch it as an independent show. However, some fans say that you should watch Yellowstone first because 1883 isn't as "action-packed" yet.

Where Can I Watch Yellowstone Seasons 1-4?

Is Yellowstone Season 5 on HBO Max?

No. Unfortunately, Yellowstone Season 5 is not available on HBO Max.

Is Yellowstone Season 5 on Amazon Prime?

Yes. However, you have to purchase it separately. For example, you can buy Season 5 HD for $39.99.