How to Watch Who Killed Jenni Rivera? Online: Stream the Mysterious Death Documentary From Anywhere 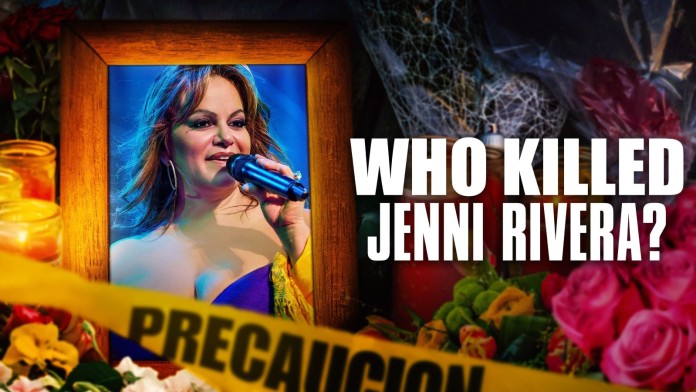 Who Killed Jenni Rivera? is a new documentary series that pays tribute to the life of the award-winning Latin sensation and also investigates her mysterious and tragic death.

Jenni Rivera was a Latin pop star who specialized in the Banda, Mariachi, and Norteño genres of regional Mexican music. She died in a plane crash in 2012 in Northern Mexico, but there were conflicting reports about the cause of death. After two years of investigation, authorities were unable to find out exactly what happened. In Who Killed Jenni Rivera?, viewers will get an in-depth look at the real story and ongoing questions surrounding the tragedy and events leading up to it, through intimate footage and interviews with experts and industry insiders, including Leila Cobo, Billboard's director of Latino/Spanish content.

If you're interested in streaming this docuseries, we've got you covered. Here's everything you need to know about where, when, and how to watch Who Killed Jenni Rivera? online from anywhere you may be.

When and Where to Watch Who Killed Jenni Rivera?

Who Killed Jenni Rivera? premieres on Tuesday, December 6, 2022, on Peacock in the US at 3.01 am ET. The docuseries is expected to have 3 episodes, and you can stream them simultaneously.

How to Watch Who Killed Jenni Rivera? Online From Anywhere

Nowadays, it's rather simple to watch films and TV shows online; all you need to do is be in your home country and have access to a live TV or streaming platform that carries the title. So if you're in the US, you can easily watch the title on Peacock. The majority of streaming services, though, are geo-restricted, so you won't be able to access your streaming library if you travel abroad. You may use a VPN to watch Who Killed Jenni Rivera? online, and it will alter your IP address to make it appear as though you are at home.

Looking for a suitable VPN solution? We recommend ExpressVPN because it can effectively unblock most streaming sites like Peacock, Hulu, Netflix, and more and has thousands of servers worldwide. It is one of the best VPNs on the market, with unlimited bandwidth, 24/7 live chat support, and using top-notch encryption algorithms, it also defends you from security lapses and safeguards your online privacy. Thanks to the tool's no-questions-asked money-back guarantee, you can try ExpressVPN for 30 days RISK-FREE.

You may simply subscribe to ExpressVPN (49% discount and 3 Months FREE) on their website. After installing the native app for your device or system, you can log in using an activation code or a sign-in link sent to your email address. When you activate the VPN, select a server from your local country to easily stream Who Killed Jenni Rivera? online.

How to Watch Who Killed Jenni Rivera? in the US Without Cable

If you live in the United States, you may watch the series on Peacock, an NBCUniversal streaming service. It offers two paid Premium choices in addition to the free ad-supported one: $4.99 per month for Peacock Premium, which has fewer commercials, and $9.99 per month for Premium Plus, which removes advertisements.

We should also add that if you have Xfinity, Spectrum, or Cox, you can get the Peacock Premium tier for free. Peacock is compatible with a broad range of devices, including Smart TVs, video streaming devices, iOS, and Android smartphones and tablets, and even gaming consoles; check out a complete list of compatible devices here.

While traveling abroad, you may watch Who Killed Jenni Rivera? online if you use a reliable VPN. When activating the VPN, just select a US server, and you're ready to go.

How to Watch Who Killed Jenni Rivera? in the UK

Even though a premiere date was not announced for the UK, you can expect to watch it on Sky's NOW streaming platform sometime in the future. This is because NOW offers Peacock in the Entertainment Pass plan, which starts at £9.99 per month with a 7-day free trial for new customers.

If you are traveling abroad, you can use a capable VPN to remove all geo-restrictions you may face. If you pick a UK server while activating the VPN, you'll be able to bypass all geo-blocks and access NOW from wherever you are.

How to Watch Who Killed Jenni Rivera? in Australia and Canada

We didn't find any streaming options for folks in Canada and Australia, so you may not be able to watch it directly in your country. Moreover, a release date hasn't been announced yet. However, you can always use a strong VPN and connect to a US server to access Peacock to watch Who Killed Jenni Rivera? from Canada and Australia.

Jenni Rivera's death disrupts her triumphal comeback to Mexico; speculation and doubts about the real causes of the crash continue today; Jenni admits to receiving threats.

The connection between Jenni and Mexican drug cartels raises potential concerns; no black boxes are found at the crash site; plane maintenance is under scrutiny.

Rocked by threats and deceptions within her inner circle, Jenni decides to make significant changes in her life; two people aboard the plane allegedly have ties with the cartel.