How to Watch The Game Season 2 Online: Stream the Wendy Raquel Robinson Series from Anywhere 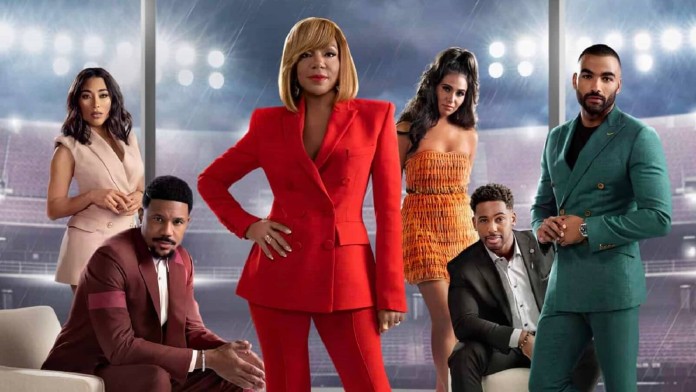 The Game Season 2 will soon be available to stream online, even on the go or while traveling abroad, and we have all the other essential information you may need on this matter, including the premiere date, cast, plot, and episode release schedule, so keep reading to find out more.

The series originally aired on The CW from 2006 to 2009 before BET resurrected it from 2011 to 2015, and the episodes of the old seasons are also available to stream on Paramount Plus, which brought long-standing fans a fresh look at their favorite show in 2021, featuring a mix of several original cast members and new players to the franchise.

The Game offers a modern-day examination of Black culture through the prism of pro football. The team tackles racism, sexism, classism, and more as they fight for fame, fortune, respect, and love—all while trying to maintain their souls as they each play The Game. The second season doubles the laughs and heightens the drama as the beloved characters and their relationships fight to survive the storms of change they face.

Tasha Mack, Malik Wright, and the Fighting Fury crew are ready for the battle of a lifetime, so let's see when, where, and how to watch The game Season 2 online from anywhere.

When and Where to Watch The Game Season 2

New episodes become available to watch right after 3 am ET (midnight PT) on streaming platforms, and this is also the case with Paramount Plus. The series is set to have 10 episodes, and the rest of the season will premiere with one new episode each week on Thursdays.

How to Watch The Game Season 2 Online from Anywhere

There are tons of live TV and streaming platforms available that let you easily watch content online nowadays, but these have geo-restrictions that block your access when you travel abroad. The Paramount Plus platform is available only in the US, the UK, Australia, Canada, Latin America, Italy, the Middle East (as a pay TV channel), and the Nordics, so we suggest you use a VPN subscription to watch The Game Season 2 online since this tool allows you to change your IP address and lifts the geo-blockade.

ExpressVPN is the best VPN on the market right now, and it effortlessly unblocks several streaming platforms such as Paramount Plus, Prime Video, Netflix, Hulu, and others via its thousands of servers placed all around the world. You get to enjoy unlimited bandwidth, fast and stable connections, and the best encryption protocols to protect your data, and you can even try ExpressVPN for 30 days RISK-FREE via the generous no-questions-asked money-back guarantee.

There's also a big discount for the annual plan when subscribing to ExpressVPN (49% discount & get 3 months FREE) on the company's website. First, enter your details and pay to create an account, which only takes a few moments. Next, download the app made for your device or system and wait for the installation to be complete before launching it. Select a server from a location with no geo-restrictions and turn on the VPN. Finally, load the streaming platform to watch The Game Season 2 online.

How to Watch The Game Season 2 Online in the US, Canada, the UK, and Australia

The Game Season 2 will be available to stream via the Paramount Plus streaming platform on December 15 in the US and Canada and December 16 in Australia and the UK. You can either create an account or log in with a partner's credentials, such as through Apple TV, using your Apple ID, and subscription prices start at USD 4.99 / CAD 9.99 / £6.99 / AUD 8.99 per month. New clients get a Paramount Plus 7-day free trial.

In the US, you can also bundle up and save up to 28% via the Paramount Plus and Showtime bundle, which comes with and without ads. Prices start at $11.99 per month or $119.99 per year, and there's a 7-day free trial included for new customers.

American, Canadian, and Australian viewers can add Paramount Plus to the Amazon Prime Video platform as a no-ads version Prime channel for USD 9.99 / AUD 8.99 / CAD 9.99 per month. The channel comes with a 7-day free trial if it's the first time you add it. The Prime membership fee is USD 14.99 / AUD 6.99 / CAD 9.99 per month and offers a generous 30-day free trial for new customers.

Just remember Paramount Plus and Amazon Prime Video are geo-restricted. However, if you cannot access The Game Season 2 while traveling abroad, a capable VPN tool will help you unblock the platform as long as you run the app using a server from a location close to your home area.