How to Watch The Catch Online: Stream the Jason Watkins Series from Anywhere 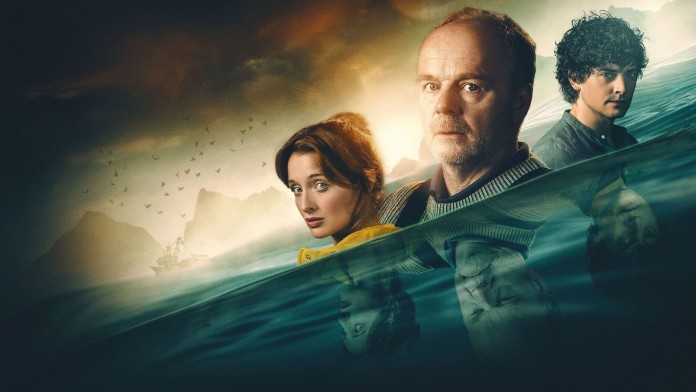 The Catch is a brand new drama based on the bestselling thriller by T.M. Logan starring Jason Watkins, and you will be able to stream all the episodes online. Keep reading to find out the premiere date, cast, plot, episode release schedule, and other important details.

The Catch is a psychological thriller about a close-knit fishing family disrupted by the arrival of the eldest daughter’s new boyfriend, Ryan, who is a rich, handsome younger man. Ed is a fisherman and a proud family man. Her father, Ed, finds his life spiraling out of control as he tries to discover who Abbie Collier's boyfriend really is.

Secrets and lies are exposed with every twist and turn, including from Ed's own past, as he is faced with the very real possibility of losing everything he’s worked so hard to achieve. The deeper you go, the darker the secrets. Can Ed discover the truth about Ryan before the young lad takes her away from her father?

This tense psychological thriller stars Jason Watkins, Poppy Gilbert, and Aneurin Barnard. Having said this, let's see where, when, and how to watch The Catch online from anywhere, even on the go or while traveling abroad.

When and Where to Watch The Catch

The Catch premieres in the UK on Wednesday, January 25, 2023, on Channel 5. The season will also be available via the My5 streaming service (only available in the UK).

The show will have 4 episodes, each one hour long, which will be released on a one-per-week schedule on Wednesdays.

How to Watch The Catch Online from Anywhere

It's extremely easy to stream your favorite movies and series online in your home country via the many live TV and streaming platforms available on the market nowadays, but these services are geo-restricted. Similarly, My5 is unavailable outside the UK, so you will need to use a VPN subscription to watch The Catch online if you plan to travel when it premieres since VPNs can change your IP address, lifting the geo-blockades.

ExpressVPN offers thousands of servers all around the world, unlimited bandwidth, high speeds, stable connections, and strong encryption protocols to protect your data. This is one of the best VPNs, and it works with several streaming platforms, including My5, All4, BBC iPlayer, ITVX, Netflix, Hulu, Prime Video, and others. We suggest you take advantage of the company's no-questions-asked money-back guarantee to try ExpressVPN for 30 days RISK-FREE.

You can also enjoy a discount deal with the annual plan when subscribing to ExpressVPN (49% Discount + Get 3 Months FREE) on the company's website. First, enter the required information and pay. Then, download and install the app for your device or system. Next, launch the VPN app, pick a server from a location where the geo-restrictions are off, and turn it on. Lastly, load the streaming service to watch The Catch online.

How to Watch The Catch Online in the UK

This drama series airs on Channel 5, so you will easily be able to watch The Catch for free on Channel 5's website, My5, which is an ad-supported platform. However, you need to create a free account in order to unblock its content and stream the series.

Traveling outside the United Kingdom right now? You can lift the geo-restrictions My5 has abroad by using a capable and secure VPN set to a UK server. For this to work, turn the app on before accessing the streaming service.

How to Watch The Catch Online in the US, Canada, and Australia

At the moment, we have no details on the premiere date or the streamer that would harbor this title. However, there are ways to watch The Catch online on My5 in the US, Canada, and Australia - find out how to watch My5 outside the UK.