How to Watch She-Hulk: Attorney at Law Online on Disney Plus 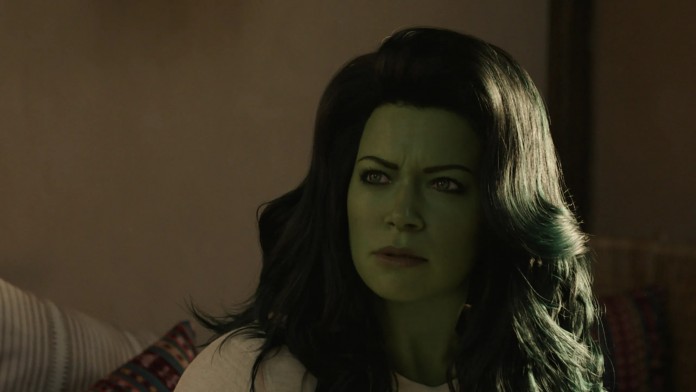 The Marvel series string continues with yet another superhero, and you will be able to stream the episodes online quite easily, just like you do with all your favorite series and movies nowadays. We have all the details you may be looking for, including the episode release schedule, premiere date, cast, and plot, so let's see when and how to watch She-Hulk: Attorney at Law on Disney Plus online from anywhere in the world.

In Marvel Studios' She-Hulk: Attorney at Law, we see Jennifer Walters, a lawyer specializing in superhuman-oriented legal cases. She must navigate the complicated life of a single 30-something person, and what's more, she also happens to be a green 6-foot-7-inch superpowered hulk. Of course, we are bound to see some hilarious situations, and we are excited to see the season unfold.

The She-Hulk: Attorney at Law series will premiere on Wednesday, August 18, 2022, and will stream exclusively on the Disney Plus platform. The season will have 9 episodes, and they will become available to watch on a one-per-week schedule every other Wednesday until October 13. When it comes to streaming services, new content usually lands right after midnight PT (3:01 am ET), so the new episodes will be there in the morning.

How to Watch She-Hulk: Attorney at Law Online on Disney Plus in the US, the UK, Canada, and Australia, and Anywhere Around the World

For the service's fees in other countries, you can access the dedicated article on Disney Plus subscription fees here. The platform's library hosts National Geographic content, several Star Wars titles, and various titles from Disney, Marvel, Pixar, and The Simpsons, among others. The Disney Plus platform is compatible with mobile devices and tablets, both iOS and Android, Smart TVs, gaming consoles, and more (you can check the full list here).

If you live in the United States, you have a great option besides subscribing to Disney Plus as a standalone service. American customers can go for The Disney Bundle, which includes three services for a discounted price. You will get the Disney Plus, ESPN Plus, and Hulu platforms and save 25% compared to the monthly cost of subscribing to all three services separately. The Disney Bundle lets you choose between Hulu with ads for $13.99 per month, and Hulu with no ads, making the pack price $19.99 per month.

However, we should mention that Disney Plus has geo-restrictions in place due to licensing deals, so you may not be able to access some titles in the library or the entire Disney Plus streaming service if you're traveling abroad or even to some other US states.

How to Watch She-Hulk: Attorney at Law Online on Disney Plus for FREE

There are a couple of ways to watch the She-Hulk: Attorney at Law series on Disney Plus for free, even though a free trial on the Disney Plus platform is not one of them.

We recommend you check a couple of services that have on-and-off deals that include Disney Plus for free to see if the deals become available again when you decide to try the service. We are talking about the fact that Amazon Music Unlimited offers 3 months of Disney Plus for free at the moment, and the price starts at $8.99 a month after the trial ends. The second service you should check for free trials is Xbox Game Pass Ultimate, where you can sometimes find a 1-month Disney Plus free trial.

Verizon subscribers with select Unlimited plans (or who upgrade to Unlimited) have a great offer available. You can take advantage of a very extensive Disney Plus free trial since the company offers 6 months of free Disney Plus for eligible new and existing customers (Verizon offers The Disney Bundle for Unlimited subscribers as well, but this one does not have a free trial). After the free trial ends, you will be charged $7.99 per month, which is the standard price for a standalone Disney Plus subscription on the streaming platform.