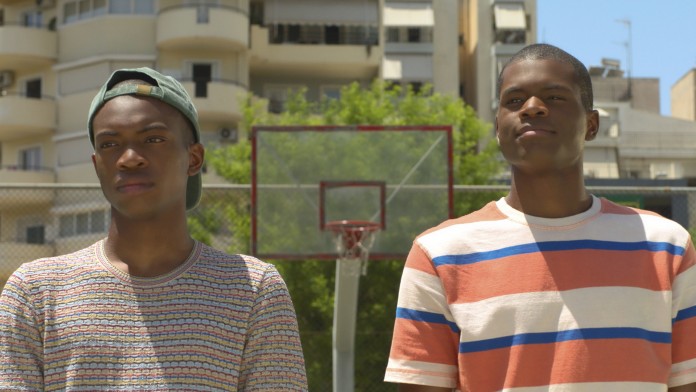 NBA fans gather around - a new basketball-themed movie is set to premiere soon, this time focusing on the story of the Antetokounmpos brothers. The best part is that you will be able to easily stream it online. The Antetokounmpo family story brings on-screen Nigerian heritage, Greek nationality, and incredible athletic ability, so it's going to be an exciting new Disney original movie for fans of one of the most loved sports in the world. We have all the information you may need on this topic, including the release date, so let's see how to watch Rise online.

Rise is telling the great real-life story of the remarkable family that brought up the NBA champions Giannis and Thanasis Antetokounmpo of the Milwaukee Bucks, Kostas Antetokounmpo, who played for the Los Angeles Lakers, and also their younger brother Alex.

Audiences have never seen a story like that of the Antetokounmpos. After emigrating from Nigeria to Greece, Charles and Vera Antetokounmpo struggled to survive and provide for their five children, while living under the daily threat of deportation. With their oldest son still in Nigeria with relatives, the couple were desperate to obtain Greek citizenship but found themselves undermined by a system that blocked them at every turn. When they weren’t selling items to tourists on the streets of Athens with the rest of the family, brothers Giannis and Thanasis would play basketball with a local youth team.

Latecomers to the sport, they discovered their great abilities on the basketball court and worked hard to become world-class athletes, along with brother Kostas (Jaden Osimuwa). With the help of an agent, Giannis entered the NBA Draft in 2013 in a long-shot prospect that would change not only his life but the life of his entire family. And last season, Giannis and Thanasis helped bring the Milwaukee Bucks their first championship ring in 50 years, while Kostas played for the previous season's champs, the Los Angeles Lakers.

Staring Uche Agada as Giannis Antetokounmpo, Ral Agada as Thanasis Antetokounmpo, Jaden Osimuwa as Kostas , Dayo Okeniyi as Charles Antetokounmpo, and Yetide Badaki as Vera Antetokounmpo, the Rise movie will premiere on the Disney Plus streaming service on Friday, June 24, 2022. All new content becomes available on streaming platforms after midnight PT (03:01 am ET), and we expect this to happen in this case as well.

How to Watch Rise Online on Disney Plus From Anywhere

The Rise movie is a Disney original title, so we will be able to watch this title on Disney's streaming service in the countries where the streaming platform launched, including the US, the UK, Canada, and Australia. The service expanded to other countries and you can find the subscription fees here, so fans will be able to watch it in more territories starting this June.

Besides subscribing to Disney Plus as a standalone service, people living in the United States have the opportunity to bundle up three services. American customers can get the Disney Plus, ESPN Plus, and Hulu bundle and save 25% compared to the monthly cost of subscribing to all three services separately. If this bundle seems like a choice that better suits your needs, know that you can choose between Hulu with commercials for $13.99 per month or Hulu (No Ads) for $19.99 per month.

Even though Disney Plus is available in several countries worldwide, you may not be able to access some titles or the entire Disney Plus streaming service while traveling due to the geo-restrictions applied in the countries where the platform is not available yet.

Can I Watch Rise Online for Free?

There are a few ways to watch the Rise movie on Disney Plus for free, even though a Disney Plus free trial is not one of them.

You can take advantage of a very extensive Disney Plus free trial if you're a Verizon subscriber with select Unlimited plans (or if you upgrade to Unlimited), considering the telco offers six months of free Disney Plus for eligible new and existing customers. You will be charged $7.99 per month after the free trial ends, which is the standard price for a standalone Disney Plus subscription on the streaming platform. Even though Verizon offers The Disney Bundle for Unlimited subscribers as well, this one does not have a free trial.

We recommend you check a couple of services that have on-and-off deals that include Disney Plus for free to see if the deals become available again, and we are talking about  Amazon Music Unlimited or Xbox Game Pass Ultimate.