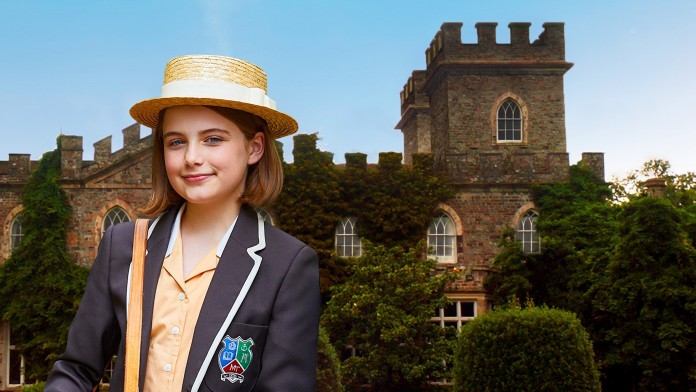 If you love period dramas, you'll be delighted to know that the third season of Malory Towers is bound to premiere very soon, and the best thing is that you will be able to stream all the episodes online quite easily, even on the go and while traveling, and all of that for no charge. We have all the information you may want to uncover when it comes to the latest season, including cast, plot, release date, and the platform that has the title, so let's see where, when, and how to watch Malory Towers Season 3 online from anywhere in the world for FREE.

Based on the eponymous book series by Enid Blyton, Malory Towers is set in post-World War II Britain, and the show follows the adventures of 12-year-old Darrell Rivers, but with a more racially diverse and inclusive cast. The cast will bring once more Ella Bright as Darrell Rivers, Natasha Raphael as Irene, Beth Bradfield as Jean, Imogen Lamb as Mary-Lou, and Danya Griver as Gwendoline Mary Lacey, but we'll also see new names such as Emily Piggford as Miss Johnson, Christien Anholt as Mr. Lacey, Rebecca Lee as Mrs. Beck, and Rebecca Lee as Mrs. Beck.

In the first episode, the girls welcome Bill and her horse Thunder to Malory Towers, but Bill's place in the third form is under threat when she is accused of spending too much time in the stables. We know that in the second episode, Gwen is outraged when she is tricked into signing up for the lacrosse team, but it is short-lived when she discovers Mary-Lou is out of sorts and needs her help. Episode 3 sees Darrell suggest a midnight feast in the stables under the cover of darkness, but it doesn't go to plan. Meanwhile, sixth-former Mavis discovers Irene's musical talents. Episode 4's plot says Bill is struggling with her school work due to spending too much time at the stables. However, she and Darrell need Thunder's help when someone at school has a serious accident.

Malory Towers Season 3 is set to premiere on Monday, July 4, 2022, and you will find all the episodes on the BBC iPlayer streaming platform. The third season has 6 episodes, which will air consecutively on Mondays, Tuesdays, Wednesdays, and Thursdays at 6 pm, starting with the series premiere day.

Nowadays, the myriad of live TV and streaming platforms available in your home country makes it pretty easy to stream your favorite movies and shows online. However, things change a little when you are traveling abroad or even to other states because these services have geo-restrictions in place due to licensing agreements. That means they block your access, but you can easily bypass this displeasing issue if you use a VPN to watch Malory Towers Season 3 online. We say this because a VPN can unblock streaming services by changing your IP address to one from back home.

Our suggestion is to resort to ExpressVPN for the job since it can easily unblock several streaming platforms, such as BBC iPlayer, Netflix, Hulu, and others, with over 3,000 VPN servers placed in almost 100 countries all around the world. This VPN is the best tool and the most popular on the market, and it's extremely easy to use, even for beginners. What's more, thanks to its attractive 30-day no-questions-asked money-back guarantee, you can try ExpressVPN for 30 days RISK-FREE and enjoy fast and stable connections and strong encryption protocols to protect your data online.

You need to create an account to get started, and the steps are easy to follow. You can also enjoy a significant discount if you select the annual plan when you subscribe to ExpressVPN (49% discount and 3 months FREE) on their website. Enter your details and see the payment through to be able to download the app suited for your device or system. Once the installation process is complete, open the VPN app, select a server from an area back home, and turn on the tool. The last step is to go to the streaming platform after each episode premieres to watch the Malory Towers Season 3 series online from anywhere.

In the United Kingdom, the first episode of Season 3 will land on July 4 on BBC iPlayer, BBC's streaming service, and you will be able to stream all the episodes there for free. To watch free of charge, you just need to have or create a free account, and this will permit you to access content on this streaming platform instantly. You will also find other famous BBC shows on this platform, such as Gentleman Jack, Peaky Blinders, Eastenders, or MasterChef.

Moreover, we saw Sky TV announce Malory Towers Season 3. The premiere date is the same here, and subscription prices for Sky TV start at £26 per month, and you get a 10-day free trial.

The BBC iPlayer platform is only available in your home country. This means you won't be able to access it when traveling outside the United Kingdom unless you use a VPN to unblock BBC iPlayer from anywhere. Just select a server from a location back home and turn on the VPN before accessing the BBC iPlayer service.

How to Watch Malory Towers Season 3 Online in the US

In America, the first seasons of the Malory Towers show premiered on BYUtv, but only several months later, so you will need to wait a little longer before the official US release date is announced. The best part is that BYUtv is a free service, so you will not have to do anything in order to watch Season 3. Moreover, there are no commercials here.

If you cannot wait until the official release in America, you can always rely on a trustworthy VPN to bypass the geo-restrictions BBC iPlayer has and access the platform from outside the UK. Just select a VPN server from a location in the UK, and you're good to go.

How to Watch Malory Towers Season 3 Online in Canada

In Canada, the first two seasons of the show premiered on Family Channel, but only many months later than the official UK premiere dates. This means we have no official release date for Malory Towers Season 3 yet, sorry.

If you live in Canada, you can also rely on a VPN subscription to lift the geo-restrictions and access the BBC iPlayer platform from outside the UK if you cannot wait until the official release. Just select a VPN server from a UK location and turn it on before accessing the streaming platform.

Can I Watch Malory Towers Season 3 Online in Australia?

Unfortunately, no streaming service has picked up Malory Towers here, so you probably won't be able to watch the show if you're living in Australia.

However, there is a great workaround that would let you watch the season premiere as soon as it lands, and that would be to use a capable VPN that can unblock BBC iPlayer abroad. You just need to use a VPN server from a location in the UK for this to work.