5 Best TorrentHound Alternatives in 2019 – Here’s How to Get Access to Millions of P2P Files! 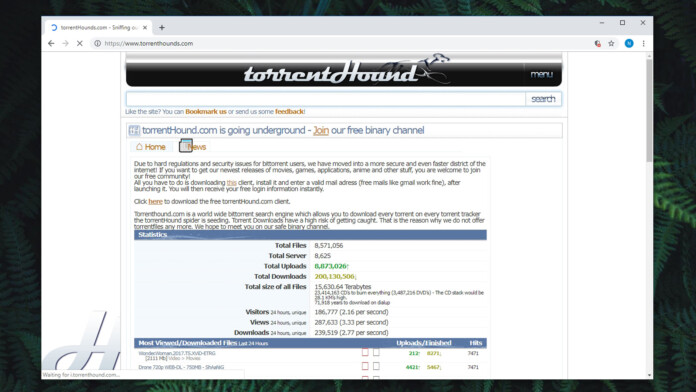 After the demise of the original Torrentz and Kickass Torrents, TorrentHound was one of the most popular torrent sites around. But that situation did not last long and the torrenting world was left with a huge void following the passing of TorrentHound. Unlike some other torrent sites that have gone down after legal strikes, TorrentHound has reportedly exited voluntarily. The owner of Torrent Hound cited various reasons including rising bills, lesser revenue and the constant pressure from anti-piracy activists. Ever since TorrentHound has gone, former users of the site have been looking for alternatives. In this article, we show you some of the best TorrentHound alternatives that are still available on the Web.

Before we jump into our list of recommendations, we'd like to recommend a highly useful article you'll find on TechNadu. As you'll soon see, many of the best TorrentHound alternatives might be restricted in some countries and might be blocked by some Internet Service Providers (ISPs). Therefore, we recommend reading about the best VPN for torrenting before you start downloading P2P files.

Without further ado, here are the 5 best TorrentHound alternatives in 2019. 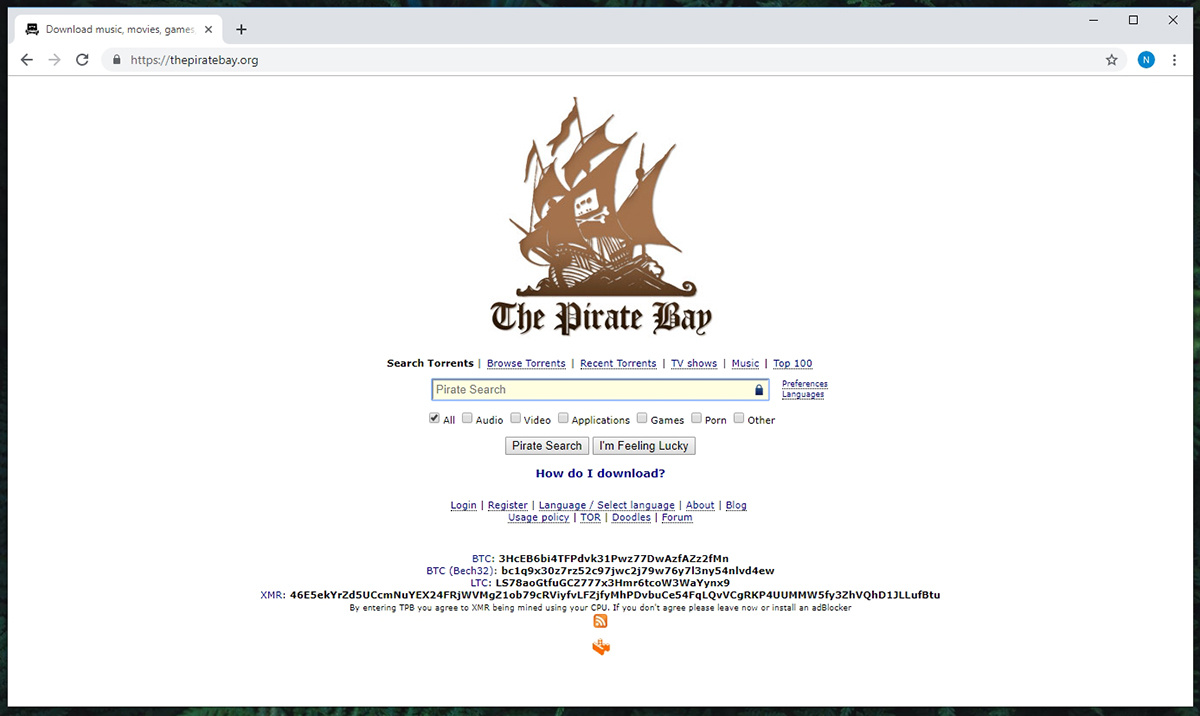 The Pirate Bay used to be the most popular torrent website before Kickass Torrents. It is more of an encyclopedia of torrenting sites that allows instant download of torrent files. Plus, TPB is perhaps the #1 site when it comes to offering a mix of torrents from all genres.

You can expect to find decent libraries for genres like movies, TV shows, games, software, and music. It is pretty interesting that torrent fans can upload files on the site without any major hassle. The Pirate Bay will be the #1 alternative to TorrenHound simply by virtue of being the oldest torrent site around. In the past few months, TPB has picked up allegations of using the CPU of users to mine cryptocurrency. In case you plan on downloading from The Pirate Bay, make sure to take the needed safety precautions first. 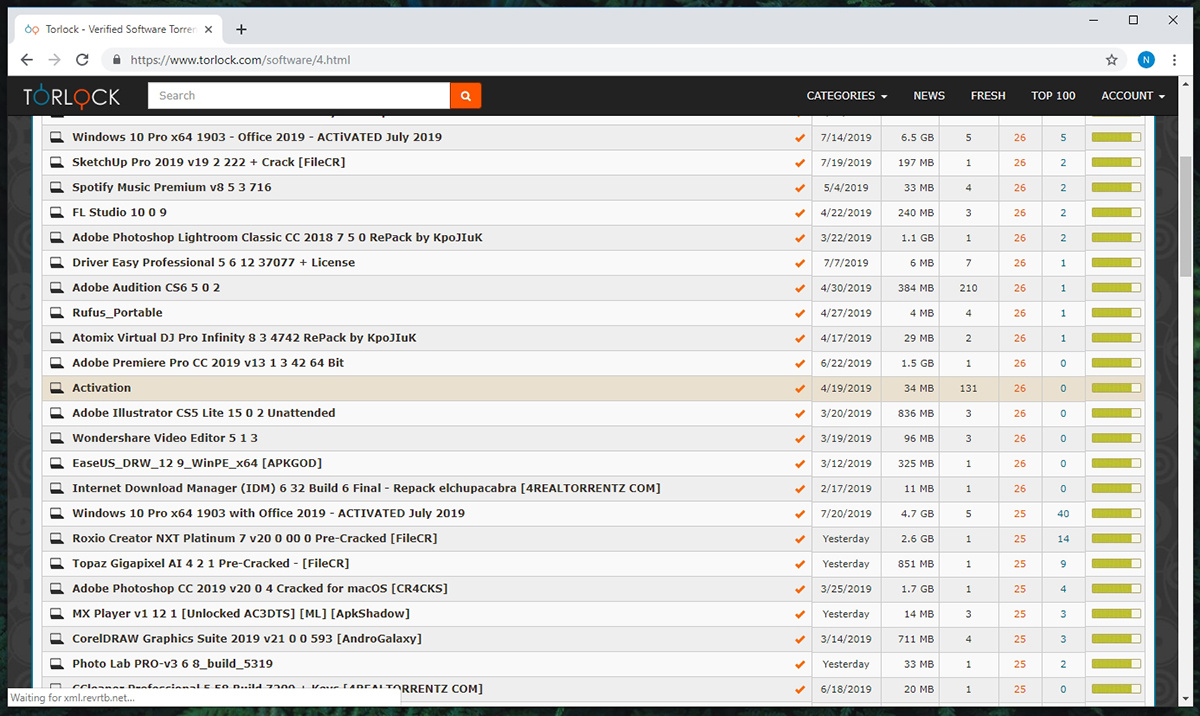 Torlock has been rising through the ranks quite fast in the last few months. The site makes it very easy for netizens to get content from around the web. There is a news section that feeds you with important industry updates. Content pans across categories like TV shows, movies, anime, games, and others.

Thankfully, Torlock is very active when it comes to adding new torrents into its fold. This is something that somehow most other torrents miss out on. In the Fresh section of the site, you will find all the best and latest torrents stacked up. The Top 100 section shows you the most shared torrents on the site (which is also a testament to the popularity of the site). The indexation rate of torrents on the site is quicker than most other sites out there. There are loads of e-books and software applications on the site that are often overlooked by other websites. 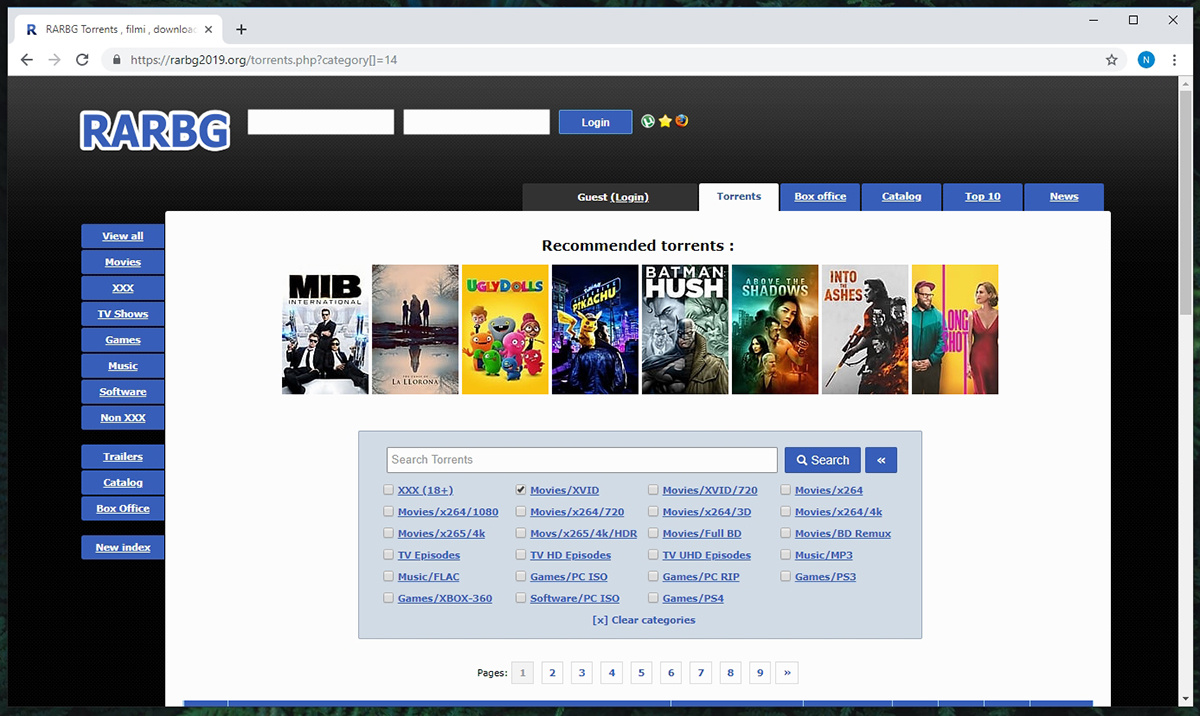 RARBG was always a better alternative both before and after TorrentHound. It started way back at the time of Kickass Torrents and The Pirate Bay. It might not have been as popular as the two biggest sites in torrenting but RARBG was effective then and it is effective now.

RARBG has a great collection of all kinds of torrents. Its interface might not be the best one there is. We do not have anything personal against it. Besides a large library of torrents, the news section on the home page is continuously updated. The Box Office section of the website gives you snippets of recent movies and their box office collections. There is a Top 10 section where you get a snap of the best torrents out there. If RARBG is blocked by your ISP or country, you can use a VPN to access it. 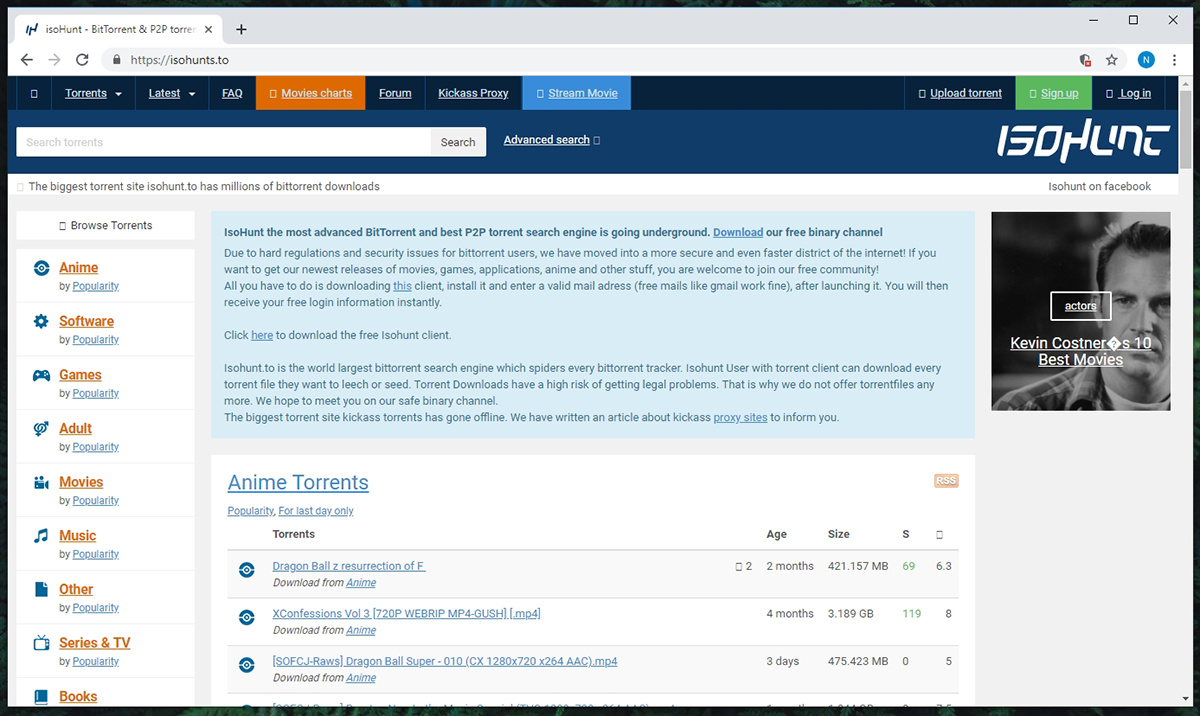 IsoHunt is an underrated yet a valuable alternative to TorrentHound. It has had its fair share or dark times though. But unlike Torrentz and TorrentHound, IsoHunt has risen out of the shell and came back to life. Effectively, IsoHunt is one of the largest libraries of torrents on the Internet today.

Isohunt is also known for its severely low tolerance for malware on the website. The differentiator between IsoHunt and so many other torrent sites is the volume of the torrent libraries. Plus, the site gives you the option to munch on a dedicated blog. Ideas are exchanged within the community in the forum that the good guys at Isohunt have made for us. The collection of content in categories like anime, games, software, and TV series is pretty large in this TorrentHound alternative. The design is simple and clean without all those pesky ads that look more spam than anything else. 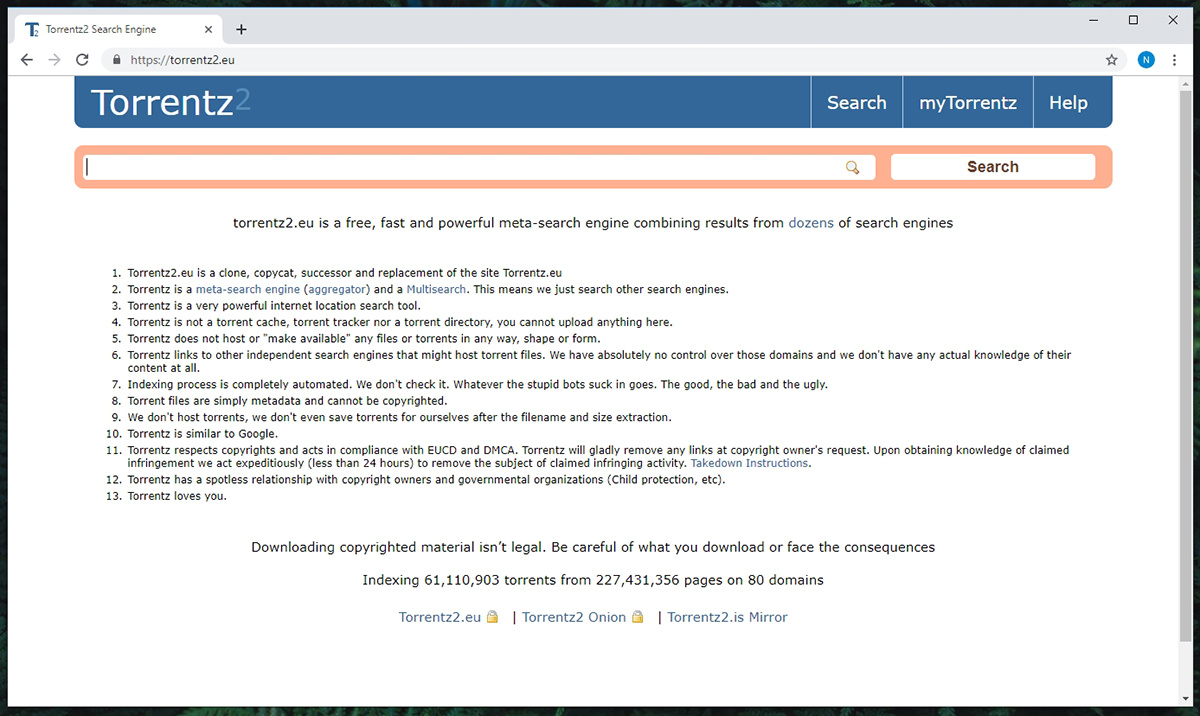 Torrentz2 is more of an alternative to Torrentz than TorrentHound. However, it still makes it to our list because of its efficiency. Torrentz2 is not even a proper library of torrents. It is more of a metasearch engine that is meant to find torrents for you. Therefore, if you'd like to check other websites like this one, here are the best torrent search engines around.

The only (and major) problem with Torrentz2 is that it does not have control over the websites to which it redirects you. That means if you choose to go to a website from which Torrentz2 has listed a torrent, you do so at your own risk. The interface of Torrentz2 is as simple as of the original Torrentz's. There is the myTorrentz option on the top right. You will find the most trending torrents in your area in that section. The website shows you a great collection of content that is old and possibly absent from other torrent sites. Presently, it is one of the better alternatives to TorrentHound.