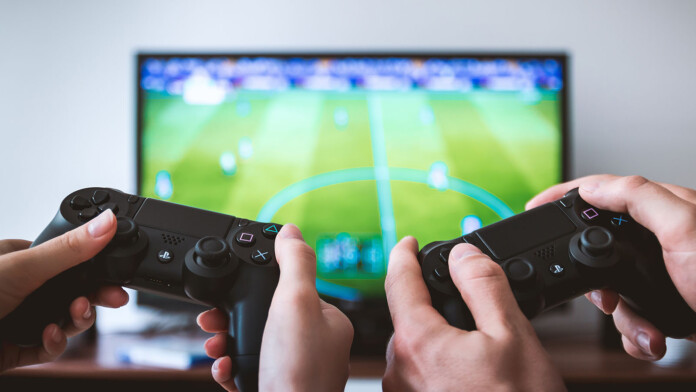 For most console gamers, devices like the Xbox One or the PlayStation 4 are a part of life. These devices are compatible with just about old 1080p TV on the market. But if you want the latest and the best picture quality out there, you should be looking at 4K and nothing else.

At the time when the Xbox One and PS4 were rolled out, they had no support for 4K even though most leading TV brands were immersed in 4K. Even HDR technology was not available with the gaming consoles at that point.

Speak of a few years down the line, and hardware upgrades were flowing in for both Xbox and PS4. We now have both consoles that are capable of 4K gaming. You can still choose to go with a 1080p TV for your console. But the real power of the latest consoles can only be harnessed with the best 4K TVs for gaming. Here’s Technadu’s comprehensive piece on the best gaming TV 2018 for gaming consoles across a gamely range of budgets. 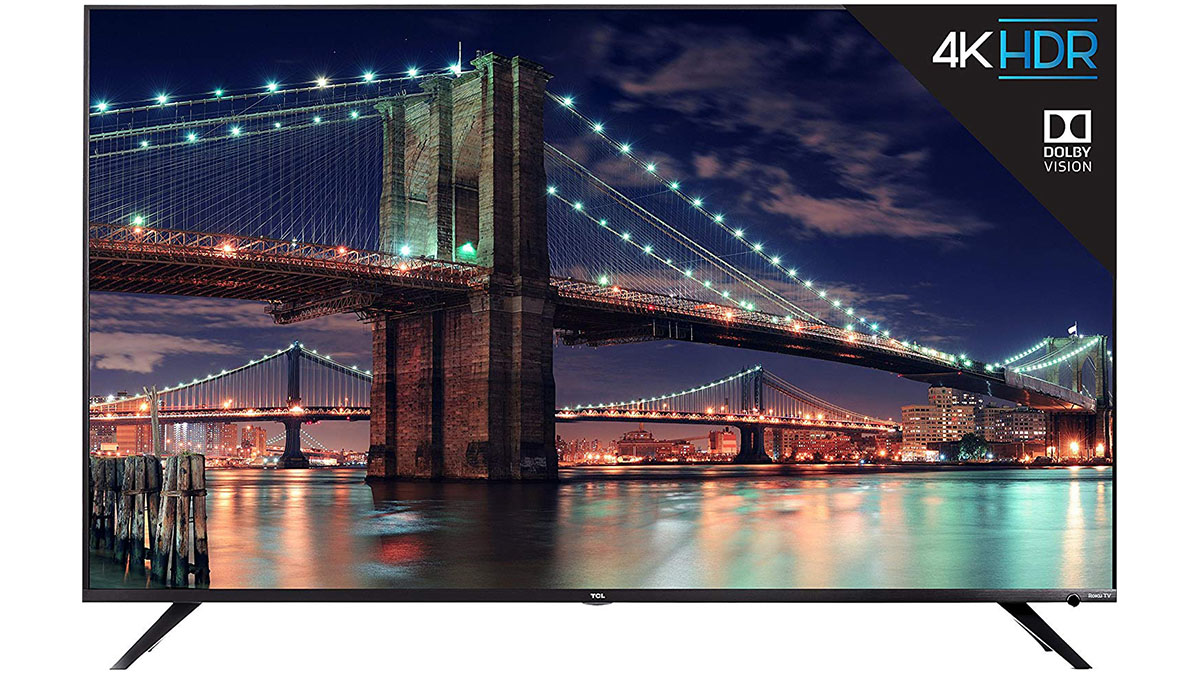 The 55-inch LED TV from TCL gives you terrific cost-effectiveness. When you compare it to a laundry list of other super-tech and rocket-priced TVs, you will not miss much either. That’s why we have placed the 55-inch LED from TCL right at the top of our list. With a tag below $600, this TV is a truly phenomenal thing for gaming.

The blacks on the TV are really deep blacks. The overall performance is solid, and the contrast is better than some of the pricier Samsung and Sony TVs. We are super impressed with the full array local dimming feature. They have gone the total distance to edge-lit backlighting, which is a prevalent feature at this price level.

There’s special mention for the Nano Band Phosphor tech that TCL have integrated into this television. The blacks of the TV stand out like the best colors out there. The convincing blacks are also a direct result of the R617’s nano band phosphor. If you are looking for a budget 4K gaming TV, this is the best of the whole lot. 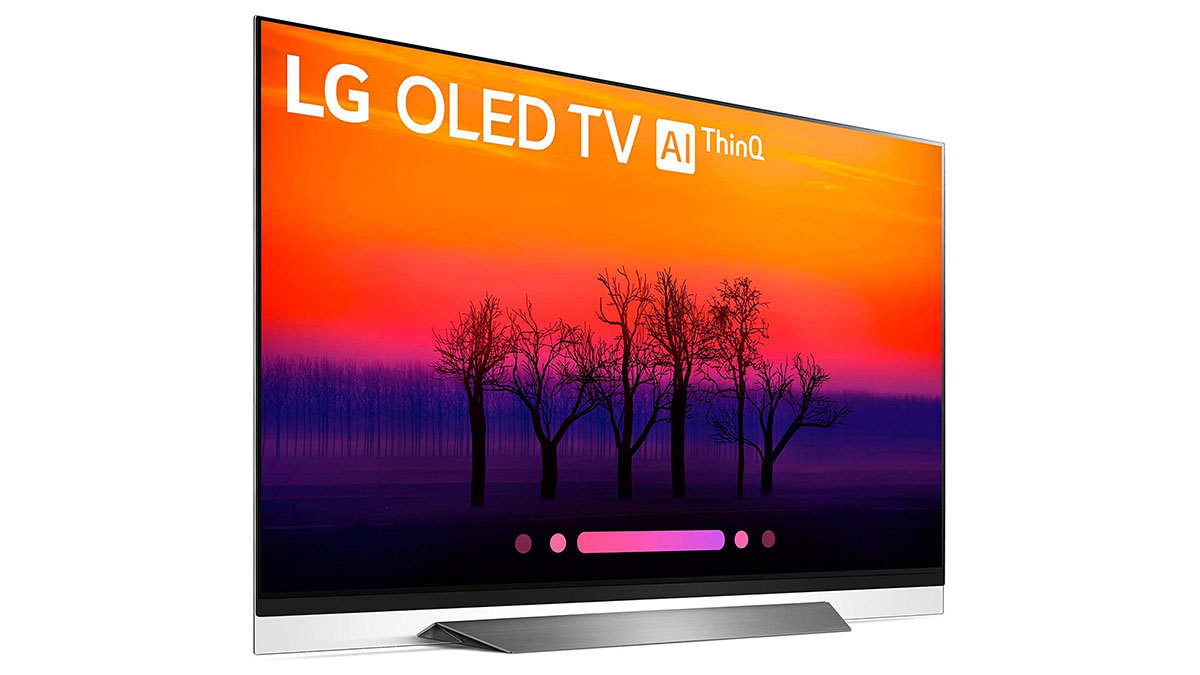 There are two things about the 55E8PUA that we must tell you upfront. The first thing is this is the hottest TV that we have seen in our lives. And the second is that you need to be a rich hitch to get your hands anywhere close to this one. Above and beyond that, there’s a slim chance of finding a better TV under the sun.

And yes, this TV is as beautiful an appliance as you will ever see. There’s a clear sky-color stand that has been designed so well that for a moment we thought the TV is floating in the thin air. The feeling is furthered excited during the immersive gameplay of Spiderman 2018 and God of War.

A major chunk of the credit for this television goes to the impressive Alpha 9 processor. It’s an LG exclusive that’s only available in the LG 8 Series. The HDR imagery on this TV is definitely a notch higher than any other OLED we have seen so far. Got the money? Get this, and you have our word there will not be any regret! 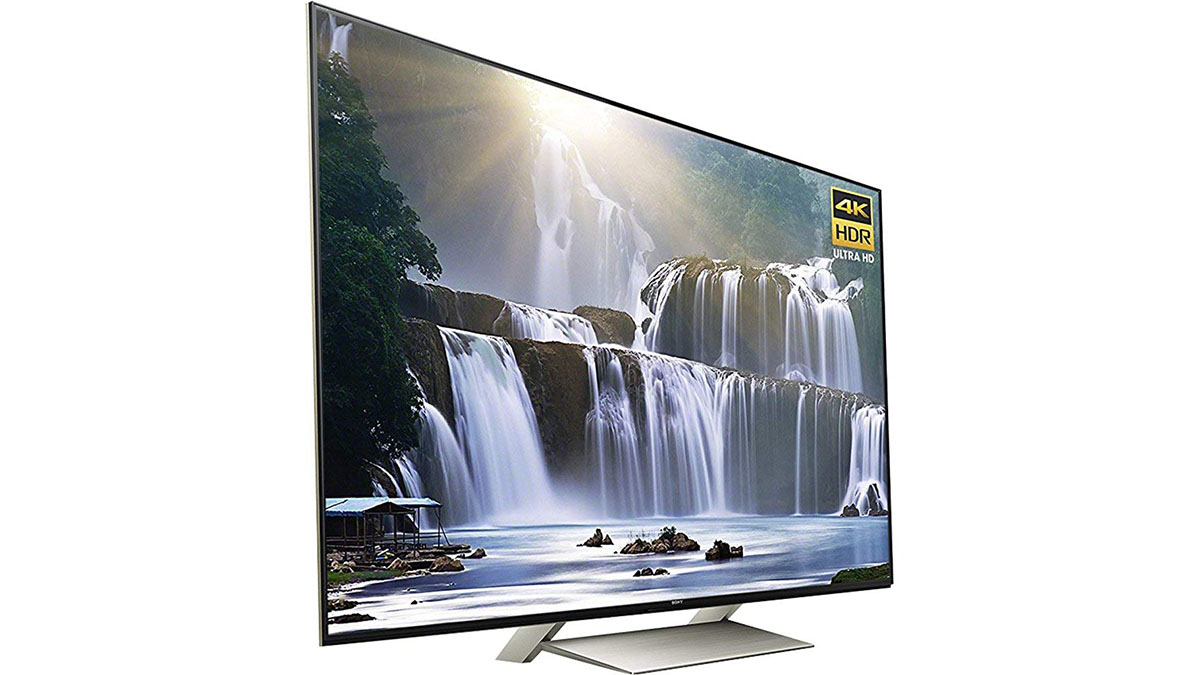 If you are a PS4 fanatic, this is hands down the best 4K TV that you can latch on to. It becomes an especially important contender if you have made up your mind to hang the TV on the wall. Starting with the color reproduction on this TV, the blacks could have been a tad darker. But the TV is a 2017 model, which explains the slight lapse.

If you are an HDR fan, this TV has invested a lot of time and effort in you. The contrast that this TV summons up at a blink’s notice is too out-worldly to believe. Yes, this is one of those television sets that will need you to pay a tick higher. But this is worth the price if your console gaming revolves heavily around the PlayStation 4.

Even if you are looking beyond gaming, this is one television that will set you free in many ways. The native refresh rate of 120Hz with Motionflow XR is just what the doctor ordered for frenzy action scenes and cutting-edge live sports entertainment. 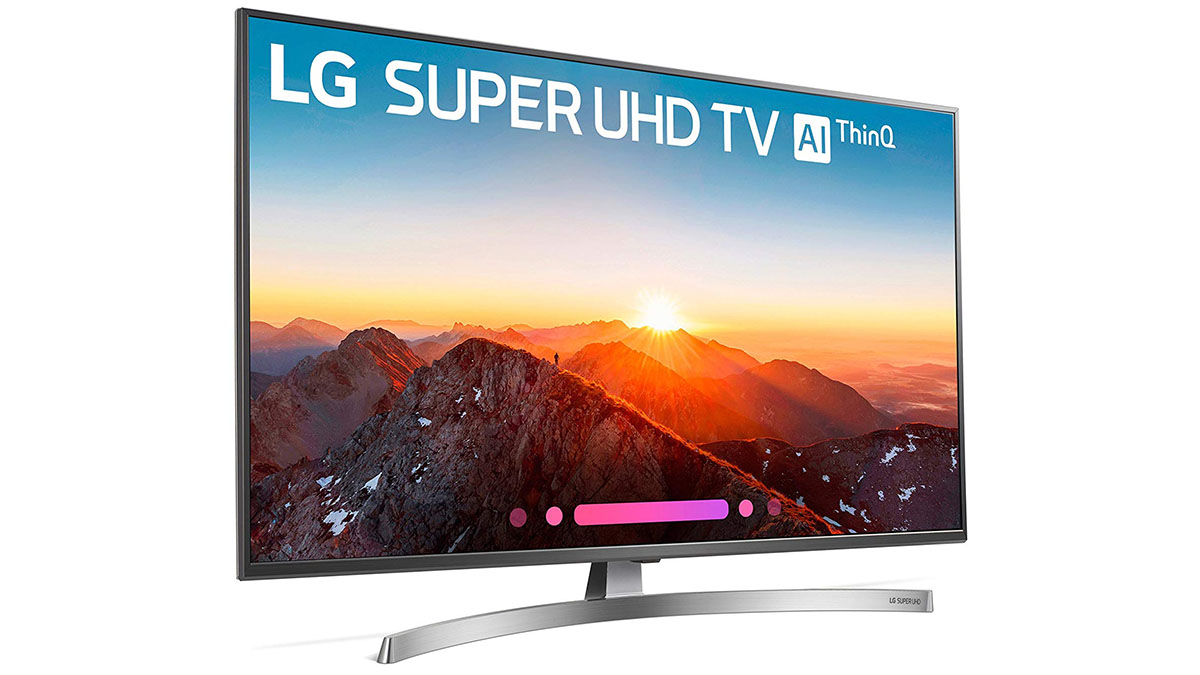 For most of us who are a tad cash-drenched, this LG TV smells like a boon from the sky. The SK8000 might not titillate you with the crispiest black levels. But you definitely won’t complain about that when you are paying fewer than $700. Budget gaming is all about excellent motion handling and some reforming 4K from this LG boy.

The edge-lit dimming is not as fluent as the local dimming on some other machines. But that is not much of a downside when you are playing games inside a room that is reasonably well-lit. The color accuracy and grey-uniformity are again way better than most TVs at this price point.

The sharp motion handling is by and large what sets this TV apart from the competition. Games like God of War and Doom Reboot draw sizeable advantage from the crisp motion handling of this television. Furthermore, the input lag on this TV is the smallest that we have seen from any TV in the business. And guess what? This The SK8000 has also built a reputation for itself on online shooter games. 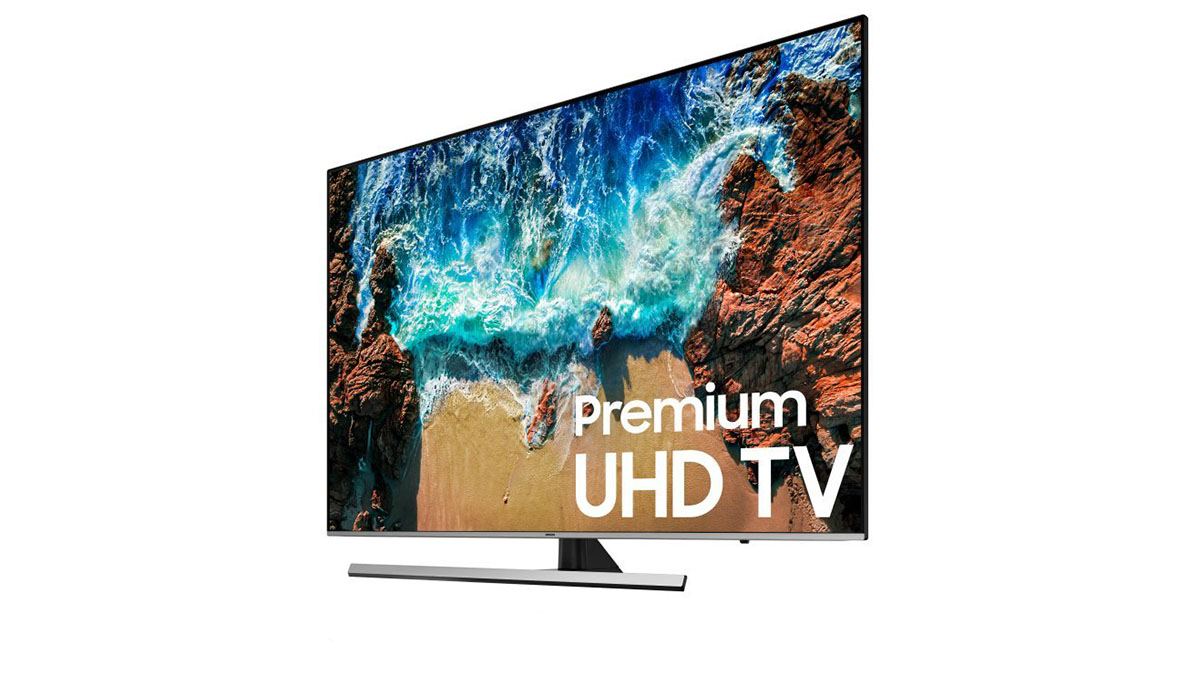 The first thing we would like to mention about the 65NU8000 is the HDR+ mode. The high dynamic range on this piece of machinery brings colors to life. The ultra slim array of the TV refreshes the richness and depth of the blacks. The same function also automatically adjusts the brightness of the whites. Resultantly, you get a vivid contrast with almost every set of colors.

Then, there’s the dynamic crystal color feature of the 65NU8000. This is where the true and rich color spectrum of Samsung is at its shiniest best. There are millions of colors on this TV, and not many TVs available around us can replicate the colors.

The 240 motion rate of the TV is again a defining point for this set considering the mid-range price point. Such fast motion rate ensures you latch on to some sublime action even when the scenes get too fast. The only area where we felt the TV could have done much better is the voice chat support with Bixby. 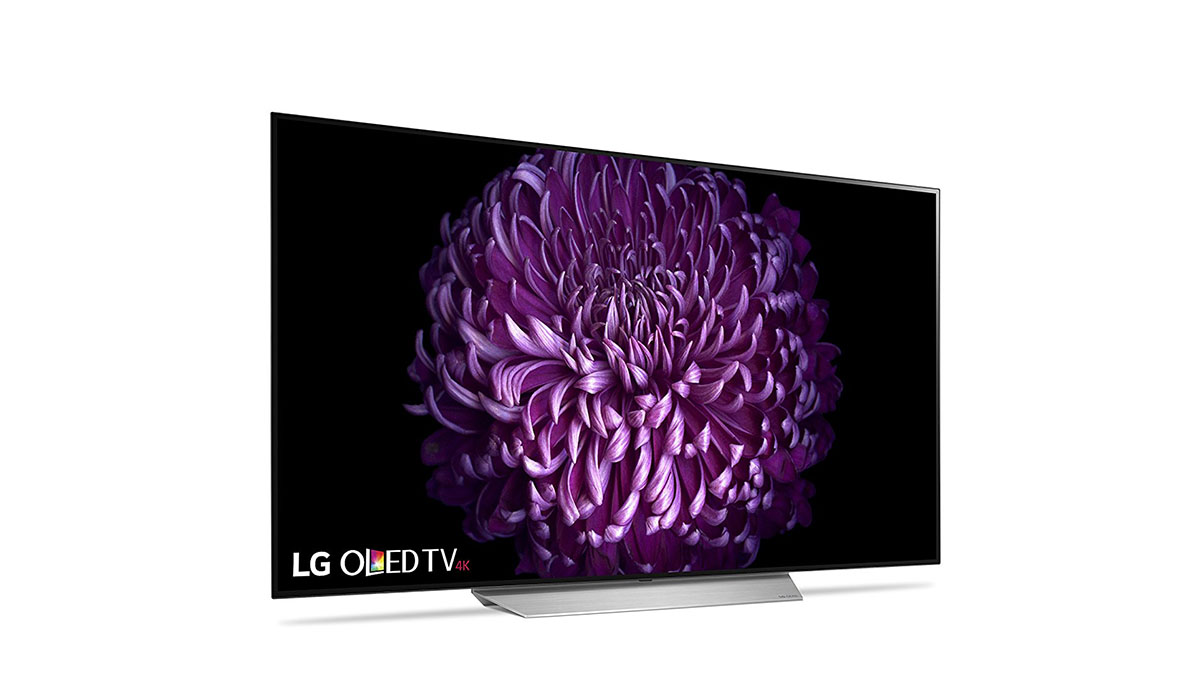 Speaking of OLED TVs, it is very difficult to close the list without a mention of the LG OLED C7. The C7 exemplifies the Smart TV experience with access to all your favorite apps and content. The TV comes loaded with Wi-Fi 802.11ac technology and webOS 3.5 connectivity. The High Dynamic Range (HDR) justifies each bit of console gaming that you want to extract out of the C7.

The Dolby vision and Dolby Atmos heavily add to the gaming experience. It also helps if you get an additional soundbar to make things more interesting. The limited footprint of the TV gives you just about enough room to enjoy your time with the game and not worry about the things on the desk.

While other OLEDs rev up some exciting performance, absolutely none of them come near the value for money offered by the C7. And that is what makes the C7 prospect all the more exciting. The only thing we wish for the TV is a bit more brightness.

Which gaming TV best suits you? Let us know in the comments below. Also, get instant tech updates by following TechNadu’s Facebook page, and Twitter handle.