Why Is the Shadow Clone Jutsu Forbidden in Naruto? 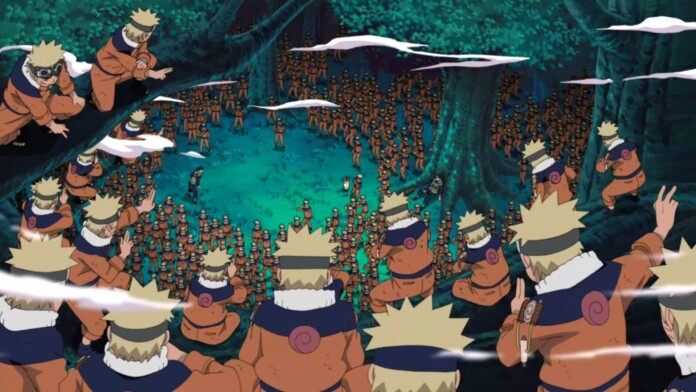 Naruto's "humble" show of strength by using the forbidden Shadow Clone Jutsu to create thousands of shadow clones as a kid marked his future achievements.

It's overwhelming to imagine that this all started with Naruto being tricked by one of the Chunin instructors, Mizuki, into stealing a scroll of forbidden Jutsu. Unfortunately, due to time restrictions, Naruto could only learn the first Jutsu, namely the Kage Bushin no Jutsu.

While fans are not concerned about why Naruto could learn it that easily, they are more curious about the Shadow Clone Jutsu's forbidden status, especially considering the fact that it was being guarded in the Third Hokage's house.

Throughout the years, there have been multiple theories as to why the Shadow Clone Technique, or the Kage Bunshin no Jutsu, has been forbidden yet is constantly used by the high-ranking ninja of Konohagakure. Some speculate that the technique is forbidden because, despite being powerful, it is extremely easy to learn and can quickly become a weapon in the wrong hands. In contrast, others believe that a darker secret lurks beneath the technique.

Funnily enough, the actual answer as to why the Shadow Clone Jutsu is forbidden is pretty simple.

Why Is the Shadow Clone Jutsu Forbidden?

The Shadow Clone Jutsu is a clone technique created by Tobirama Senju, the Second Hokage of Konohagakure. It allows the user to create a physically real shadow clone and divide their chakra evenly between them. Since the shadow clones are visually identical and possess the same chakra as the user, they are indistinguishable from their original.

The Multiple Shadow Clone Jutsu, and not the Shadow Clone Jutsu, is forbidden because creating more than a few clones will spread the user's chakra thinly, which may prove to be fatal after a certain point. Naruto could only survive and pull off the technique with ease due to his monstrous chakra reserves.

The Multiple Shadow Clone Jutsu is a larger-scale version of the standard Shadow Clone Technique, and there is no real difference between them other than the number of shadow clones being created. However, creating even a single shadow clone requires half of a user's chakra, rendering it unsafe to use for most people other than the Hokage.

As Kakashi said, even Jonin has trouble maintaining more than four clones. Naruto was only able to create hundreds effortlessly because he was tapping into the chakra of Kurama, the Nine-Tailed Fox. Due to this, the Multiple Shadow Clone Jutsu is the one that's forbidden and not the standard Shadow Clone Technique.

How Many Shadow Clones Can Naruto Make?

During the training arc, Kakashi discovered that shadow clones could be used to accelerate training periods. For example, by training alongside one shadow clone for an hour, the user will have two hours' worth of training experience once the shadow clone disperses. Naruto is the only one who actually managed to train in this way, especially considering that the Kage Bunshin no Jutsu has always been one of his most used techniques.

While we have consistently seen Naruto create thousands of shadow clones, what is his upper limit when it comes to the following scenarios?

Number of Shadow Clones Naruto Can Make in Sage Mode

Sage Mode is an empowered state that can be entered by blending natural energy with one's chakra, thus creating senjutsu chakra. This mode allows users to tap into the natural force of the world. Using Sage Mode, the user can learn new techniques and power up their existing ones with the senjutsu chakra.

Number of Shadow Clones Naruto Can Make Without Kurama

Many fans believe that the only reason Naruto can create vast amounts of shadow clones is because of Kurama's chakra. While this statement has some credit, the actual situation is not that extreme.

One should remember that even without Kurama, Naruto has great chakra reserves thanks to his bloodline. He is the child of Minato Namikaze and Kushina Uzumaki. The former have large enough reserves to master Sage Mode, and the latter's clan is known for their monstrous amounts of chakra. Furthermore, as the reincarnation and descendent of Asura Otsutsuki, his reserves only get deeper.

Can Sasuke use the Multiple Shadow Clone Jutsu? - All Users!

As one of the legendary ninja alongside Naruto, many fans wonder whether Sasuke is included in the list of users.

The Naruto databook, Zai no Sho, released on August 7, 2015, confirms that Sasuke can use the Shadow Clone Jutsu. Without exhausting his chakra, he can make up to a maximum of 12 clones. However, he does not use the Multiple Shadow Clone Jutsu because, unlike Naruto, Sasuke does not have the Tailed Beast chakra to fall back on and has other methods of overwhelming his opponent.