What Caused Tanjiro To Awaken His Demon Slayer Mark? 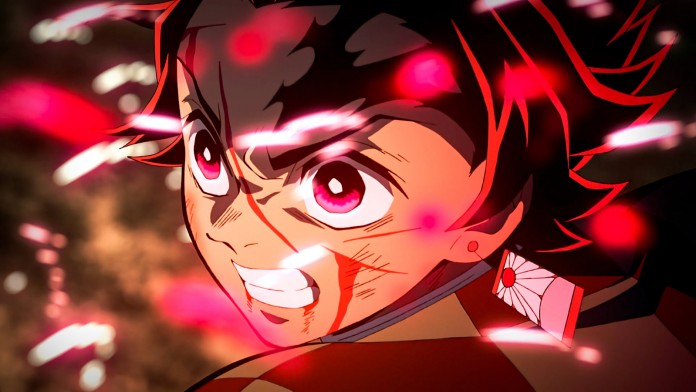 If you haven't watched the latest episodes of Demon Slayer: Kimetsu no Yaiba, everything below is a MAJOR SPOILER.

Demon Slayer and protagonist Tanjiro Kamado shocked fans in the latest episode of the Entertainment District Arc when he finally awakened the Demon Slayer mark on his forehead! Speculations about Tanjiro's mark have been running wild ever since the character's original mark changed its shape. However, since the anime did not acknowledge the change in design, fans assumed it was simply a mark to make the main character look cooler.

Fan theorists, however, never gave up on the idea that Tanjiro's mark means something more, and their suspicions were finally proven right. While decapitating the Upper Moon demon, Gyutaro, with the help of Sound Hashira Tengen Uzui, Tanjiro awakened his Demon Slayer Mark. The awakening of the mark is a pleasant surprise since it means that Tanjiro will have an advantage against his enemies. Although, the real question is how did Tanjiro awaken his mark at all? Read on to find out.

How Did Tanjiro Awaken His Demon Slayer Mark?

The Demon Slayer mark grants enormous strength and speed to anyone who awakens it. The mark also grants its users the ability to use "Transparent World," which lets them see their opponents' muscles, blood flow, and joint movement with the upper hand to predict their attacks. In addition, the mark supposedly dyes the user's Nichirin Blade to crimson red.

Tanjiro, having received this powerup, is a major upscale for the character, who has steadily been training himself to get stronger. While fighting the Upper-Rank Six Demons in the Entertainment District, Tanjiro finally awakens the mark and successfully decapitates Gyutaro while Inosuke and Zentisu take care of Daki. Remember that Tanjiro was in bad shape during and after this fight.

The young Demon Slayer could not even lift his Nichrin blade when Gyutaro bullied him and offered to turn him into a demon. However, Tanjiro managed to gain the upper hand in the fight by temporarily paralyzing the Upper Moon demon through sheer sneaky tactics. However, Tanjiro could not keep this up for long, and Gyutaro eventually freed himself from the poisoned kunai. Enraged by the Demon Slayer's actions, Gyutaro looked to kill him right then; however, our favorite Sound Hashira Tengen Uzui managed to get there just in time!

Once the two Demon Slayers started fighting together, Uzui managed to provide an opening for Tanjiro to behead Gyutaro. During this struggle, Tanjiro awakened his Demon Slayer mark and made short work of the Upper Moon demon. According to the lore in the Demon Slayer universe, only a slayer who has survived a life-threatening situation with a heart rate of 200 BPM, and a body temperature over 39 degrees Celsius, can awaken their Demon Slayer Mark.

Tanjiro has worked at becoming a Demon Slayer ever since the tragic slaughter of his family. However, he has to master the most important technique: Sun-Breathing. Tanjiro's Sun-Breathing technique always takes up too much of his strength and stamina. Not having perfected the technique, Tanjiro always switches to Water-Breathing mid-battle. However, this fight took a lot of our young protagonist.

Every time Tanjiro tried to use Sun-Breathing, he looked like he would have a stroke or go into cardiac arrest. It seems that pushing his limits to their utmost extent during the Entertainment District battle triggered his mark.

Read Next: Does Tanjiro Turn Into a Demon in Demon Slayer: District Entertainment Arc Episode 10?