Does Tanjiro Turn Into a Demon in Demon Slayer: District Entertainment Arc Episode 10? 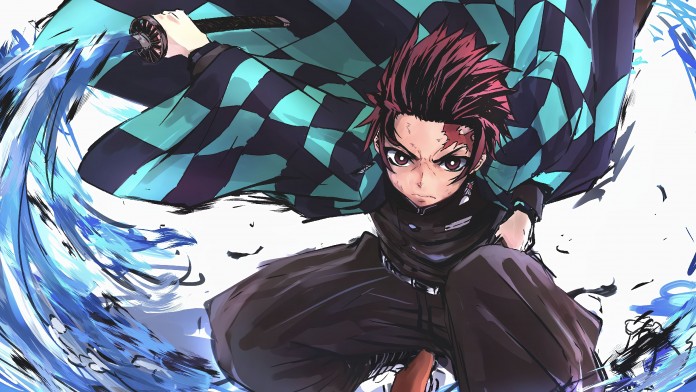 Demon Slayer Season 2 has introduced Gyutaro as the Entertainment District Arc's main villain, surprising fans who believed Daki was the only one they had to look out for. However, Daki's brother Gyutaro proved to be a cruel opponent and a formidable one. The fight between Gyutaro and Tanjiro was surprising since the former didn't immediately kill the Demon Slayer.

It seems that Gyutaro sees himself in Tanjiro, primarily because they both are older brothers with younger sisters. Although the Upper Moon 6 Demon humiliates Tanjiro by calling him pathetic and weak, he seems to understand his need to protect Nezuko. Gyutaro even makes Tanjiro an offer to turn him into a demon, shocking fans everywhere. The events in the latest episode and the cliffhanger ending have led fans to question if Tanjiro is now a demon. Read on to find out.

Did Gyutaro Turn Tanjiro Into a Demon?

In episode 10 of the Entertainment District Arc, Tanjiro awakens in shock, and even though there's burning wreckage next to him, the Mist Cloud Fir Box appears fine. Tanjiro wonders what happened to everyone as he checks on Nezuko, who is sleeping outside the box. As he turns, he sees Gyutaro standing right before him.

Gyutaro tells Tanjiro he got lucky he's still alive, while Daki casually sits on a roof behind. He then teases Tanjiro, telling him he's the only one alive and the other Demon Slayers are dead, calling them all disgraceful. As the Upper Six demon asks Tanjiro if the "one sticking out of the box" is related to him, he continues to say he knows they're related even though she's a demon, further asking if she's his older or younger sister. The young Demon Slayer wonders why Gyutaro hasn't killed him yet, noting he has no strength left, and his arm is still numb, so he couldn't attack even if he tried. He then responds, saying Nezuko is his younger sister.

Gyutaro laughs and calls Tanjiro "disgraceful" since he's not protecting his sister, exclaiming how it's obvious that she's stronger than him since she's a demon. The demon grabs Tanjiro's right hand, saying he should protect her devotedly, and then snaps Tanjiro's index and middle finger back, breaking them. Tanjiro falls over from exhaustion, then starts throwing whatever he can at Gyutaro using his mangled hand – wood, rocks, satchels of aroma from courtesans.

While we know how the fight ultimately ended, what's surprising here is the unexpected twist of Gyutaro offering to turn Tanjiro into a demon. While he continues to call him "pathetic, disgraceful, and filthy," he also tells the young demon slayer that he should become a demon to protect his sister better. In addition, Gyutaro says he'll spare the young demon slayer's life if he agrees. He even suggests they'll be friends afterward, an odd statement coming from one of the Twelve Kizuki.

This offer didn't stand long since Tanjiro turned him down immediately. So no, Gyutaro did not turn Tanjiro into a demon. Tanjiro Kamado is still human and a Demon Slayer.

In the meantime, Tanjiro wonders what would have happened if he had been home when Muzan attacked his family. It seems that Gyutaro and Tanjiro appear to see the resemblance between the two of them. This connection, however, leads to another question in the series. If one of the Twelve Kizuki can relate to another person this way, does this mean a demon's humanity is still in there somewhere?

Since the beginning, fans have been led to believe that demons are a lost cause once they've eaten a human. However, seeing Gyutaro and Daki's relationship, it's obvious that demons do retain some memories of their former lives. Does this mean that Nezuko can be turned back into a human? Maybe we'll find out soon enough!