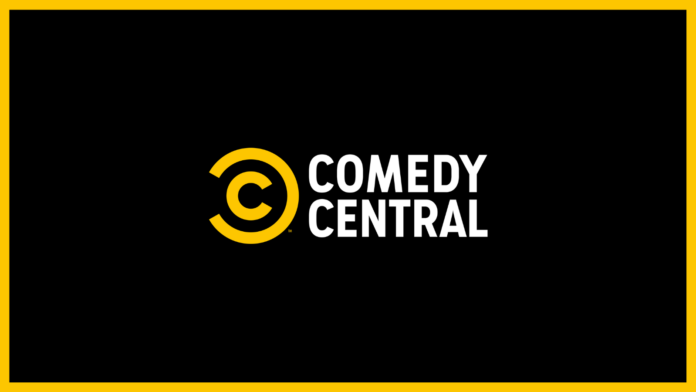 Is there anyone in the world who doesn’t like to laugh? We don’t think so, and Comedy Central is truly a one-way street to keep you entertained day in and day out. We prefer to watch Comedy Central online because we get to take our favorite shows with us wherever we may be.

Comedy Central is a network that was launched back in 1991, and it is geared towards mature audiences, as it carries programs such as stand-up comedy specials and feature films that are not exactly family-friendly.

Nowadays, Comedy Central has expanded globally with localized channels in Europe, Asia, Latin America, the Middle East, Africa, India, and even New Zealand. Over in the United States, the channel reaches over 86 million households.

How Can I Live Stream Comedy Central?

Watching TV online is the natural next step in our adoption of internet-based platforms that can make our lives easier. When it comes to watching Comedy Central online, things are rather easy to figure out since one of the best platforms out there hosts the network. We are talking about fuboTV, which is a single bundle platform where you will easily find Comedy Central among the main networks. Start your 7-day free trial on fuboTV today!

If you’re looking to enjoy even more content, then you can get it by adding a couple of channel packs to the subscription, as well as quite a few premium networks. Another great news is that fuboTV works on pretty much any device you have at home, and you can download apps for iOS and Android phones and tablets, Apple TV, Android TV, Roku, Chromecast, and more. (Note: fuboTV is a service that only works in the United States, so if you’re going to travel outside of the country, you’re going to need to use a VPN if you want to access the content. Click here to learn more about how you can make your life easier with the help of a VPN.)

Here’s how you can start your 7-day free trial on fuboTV:

Other Ways to Watch Comedy Central

Sling TV – Another platform that will help you enjoy watching Comedy Central anywhere you go is Sling TV, which features three bundles to start with. Comedy Central is actually present in all three of them, namely Orange, Blue, and Orange + Blue. The three bundles have different prices, but there are also differences in terms of the perks that you get when choosing either of them. More specifically, while the Orange bundle subscribers get a single stream to enjoy content with, the Blue bundle allows up to three simultaneous streams, and the Orange + Bue bundle comes with four simultaneous streams. Start your Sling TV subscription by saving 40% OFF the first month! You can also customize your subscription by adding a large number of channel packs or premium networks.

Philo – Philo is another great platform, and it is far simpler than Sling TV or fuboTV. This one carries a single bundle of channels that you can check out, and you will find Comedy Central there quite easily. Start your 7-day free trial on Philo today! There are no channel packs nor premium networks to add to your subscription on Philo. There’s also no way to get more channels, to expand the Cloud DVR storage space, or to get more devices to watch content on.

How Can I Watch Comedy Central When Traveling Outside of the United States?

When you travel outside of the United States, you need to know that the subscriptions you pay for back home don’t mean much, because your access is blocked due to licensing deals. Basically, you won’t be able to enjoy the content that you pay for at home because the services aren’t allowed to broadcast beyond US borders.

The problem can be rather annoying, especially when you are expecting to be able to relax with your favorite shows even when traveling outside of the country. The situation can be fixed relatively easy with the help of a VPN that can change your IP address so that you appear to be back in the United States. We can recommend you use ExpressVPN, which is one of the best tools of this kind on the market today, with thousands of servers across the world, and tight security and privacy feature to keep your data safe.

Here’s how you can use ExpressVPN to enjoy Comedy Central anywhere in the world:

Can I Watch Comedy Central on the Network’s Website?

Watching Comedy Central on their own website is something that you can do rather easily since there is a live stream that you can access. In order to do this, you will need to log in to an account by using credentials from your TV provider, which can be a live TV service or a cable company. (Note: You should be aware of the fact that Comedy Central’s website is geo-blocked, so you won’t be able to access it when traveling abroad unless you use a VPN. Click here to learn how you can do this easily.)

What Shows Can I Watch on Comedy Central?

Comedy Central is home to a lot of great content, and they get even more shows every year. Whether we are talking about Comedy Central stand-ups or shows like South Park, they will surely keep you entertained. Here are some of the shows we love on Comedy Central:

You can also enjoy some syndicated shows over on Comedy Central, such as Netflix’s BoJack Horseman, Parks, and Recreation, The Office, or Futurama, to name a few.

Please drop us a note in the comment section below the article and tell us which Comedy Central shows are your favorite. Share the article with friends and family so they can find a cooler way to enjoy TV as well, and follow TechNadu on Facebook and Twitter for more tech news, guides, reviews, and interviews.