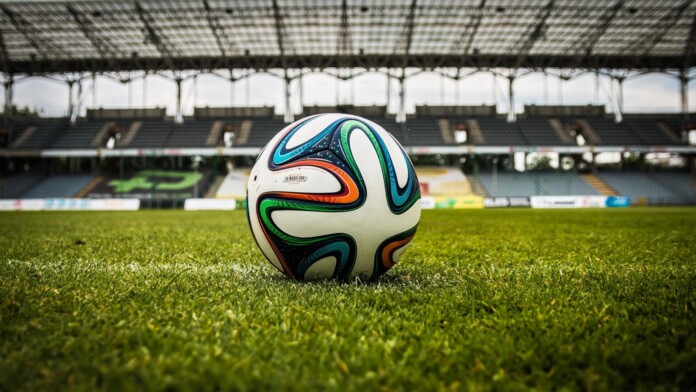 Thrilling matches, plenty of drama, immense passion, and goals galore – these are just some of the things you will witness in every game in the German Bundesliga. Known as one of the top five leagues in Europe, the Bundesliga features some of the world’s most talented players, making it a very attractive option for football fans around the globe. So if you would like to watch the Bundesliga from anywhere in the world without having to rely on cable, we have all the information you will need.

The German Bundesliga is also known for its unique cultures, traditions, and fan support. And while fans are missing right now due to the COVID-19 pandemic, there is no shortage of entertaining football, exciting matches, and non-stop action. So if you decide to watch the German Bundesliga, you will certainly not be disappointed.

Which Teams and Players are Participating in the 2021 German Bundesliga?

As always, 18 teams are participating in the 2020/21 Bundesliga. They are led by titleholders and champions in-waiting Bayern Munich. The Bavarians boast one of Europe’s strongest squads and have shown their exemplary quality and ruthless nature in the Bundesliga this season. They are set to win their ninth straight title and need just one more win to get their hands on the trophy.

Bayern Munich star striker Robert Lewandowski has been scoring goals for fun this season. He is one of the best strikers in the world and is one of the biggest attractions of the Bundesliga. Bayern also has a number of other world-class players in their roster, including Thomas Müller, Leroy Sane, Joshua Kimmich, and Manuel Neuer.

Just behind Bayern Munich are RB Leipzig, who is coached by Julian Nagelsmann, who is one of the most exciting young coaches in the world. Leipzig reached the Champions League semi-finals last season and has continued their progress this season. Their squad contains some of the world’s best young players.

Also in the league are Borussia Dortmund, who are having a bit of an up-and-down season. Despite that, their squad boasts serious talent. They are led by the incredible Erling Haaland, with Jadon Sancho, Marco Reus, and United States star Gio Reyna part of his extremely talented supporting cast.

The league also features Wolfsburg, Eintracht Frankfurt, and Bayer Leverkusen, who are fighting for Champions League spots. At the same time, more traditional clubs like Union Berlin and SC Freiburg are also generating plenty of Buzz. Another traditional giant, FC Schalke, has endured a miserable season so far. They will be relegated at the end of the season. And if that’s not all, the Bundesliga also has several other exciting teams, including VfB Stuttgart and Borussia Mönchengladbach. Here is the fixture for this current season, and keep track of your team matches.

How to Watch 2021 German Bundesliga Without Cable?

The German Bundesliga, being one of the most entertaining football leagues in the world, attracts fans and viewers from all over the world. It is broadcast in nearly every corner of the globe, and luckily you do not need cable TV to watch your favorite German teams in action every week in the US.

ESPN+ has the right to provide live and exclusive coverage of the Bundesliga, which means that you can tune in to matches wherever you go, whenever you want. Another great advantage of ESPN+ is that it is a lot cheaper than cable, and offers customers access to a host of the world’s biggest sporting events, including the Italian Serie A and the Dutch Eredivisie. It also broadcasts a number of other sports live, and you can even watch documentaries and network shows on the streaming service.

A Monthly subscription to ESPN+ costs just $5.99, while a yearly subscription comes at $49.99. In addition, you can cancel at any time or even watch multiple games at once using the split-screen option. The majority of Bundesliga games are broadcast at 9:30 AM ET on Saturdays, making it a perfect morning watch for fans in the United States.

How to Watch the 2021 German Bundesliga in Other Countries?

The high popularity of the German Bundesliga means that it is one of the most-watched leagues, not just in the United States, but all over the world. You can watch the Bundesliga live, no matter where you live in the world, as long as you have access to the streaming services or channels which have the rights for the league for your respective countries. Here we have a list of various networks and streaming services that will allow you to watch the German Bundesliga live in select countries.