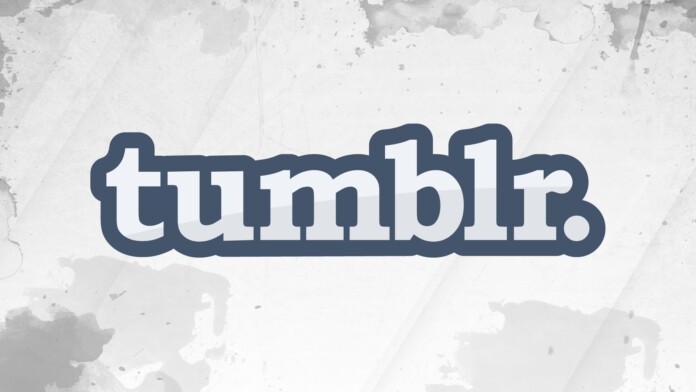 Soon after its launch in 2007, Tumblr became a worldwide sensation. Through its continuous innovation, the platform managed to transform the world of micro-blogging, and over the years contributed to making the internet a comfortable space to express and discover oneself. Above all, Tumblr made sharing an enjoyable experience for average people. But even after all the goodness of this platform, why have users been shifting to apps like Tumblr?

Social platforms, where modern people get together to form bonds over the stuff they love, have an immense power to transmute a society. At the same time, the digital social world has a darker side, and so does Tumblr. One of the biggest criticisms the platform receives is its uninspected content. On Tumblr, users are free to manipulate the published content as per their wish. This is the very reason artists, and original creators are migrating from the platform to Tumblr alternatives, where original creators are better respected. For years, creators have tried to monetize their Tumblr blog through various schemes. At the end of the day, it’s the platform’s loss that even after being in business for over 10 years, and with over 400 million users, it hasn’t tried to come up with any original monetizing scheme apart from flash ads.

In 2021, we need better blogging platforms that respect original creators. This article is an attempt to explore 10 Best Tumblr alternatives. Here are our picks.

It was a surprise in the tech world when the ex CEO and chairman of Twitter launched an independent blogging platform called Medium. Within four years, it grew in popularity and became one of the most trusted platforms on the internet. Its beautiful minimalist interface keeps everything manageable. With more than 60 million readers per month, the platform promises some exposure, even if your brand is starting from scratch.

The platform is pretty organized for a 4-year-old. Writers can define their areas of writing and choose appropriate tags to make their writing more searchable. In 2017, Medium monetized their blogs by introducing Medium Partner Program. The program is designed to distribute the user’s subscription fee ($5 per month) to the original creators based on the number of claps on the articles. And even if users don’t want to completely depend on their Medium content, they can use the platform for some extra views with the link of their website and a sweet newsletter at the end.

As per the statistics, about 70 percent of the websites on the internet is on WordPress. With such dominance, WordPress is undoubtedly a product worth exploring, especially if you have a business attached to your brand. WordPress has two variants on offer. First, an open-source, free content management system which you can easily install on your web server, and second, a free blogging platform with reasonably priced premium features. WordPress also offers a way to switch between these two. Let’s say, you are a blogging enthusiast, who has managed to garner some audience over the years. Here, WordPress gives you an option to get your own domain and CMS system. This is the beauty of WordPress.

WordPress is known for its customization. The platform offers innumerable plug-ins and themes for all sort of functionalities. This platform is a complete package that offers everything from social network integration to SEO to multi-user support. WordPress is an excellent alternative of Tumblr for microblogging.

This one is classic. This service has been active for more than a decade now. Blogger is arguably the first few services that made the blogging a universal phenomenon. Blogger, since it was first launched, has been super easy to manage. Blogger can be directly attached to your Google account and allows you to operate up to 100 blogs per one Google account. The platform also offers simple analytics to check your page views and traffic sources. Users can also link their blog to google analytics and get a detailed overview of their audiences.

As far as monetization is concerned, the platform has complete integration with Google’s AdSense program. This benefits original creators and allows them to sustain their creativity with considerable compensation. The new updated version of blogger launched with beautiful material design. Apart from all the benefits of a blogging platform like multi-user support, Blogger also has a deal breaker. For some reason, Blogger still doesn’t support the web-server hosting, at least not without a DNS redirection. Apart from this, Blogger is the best Tumblr Alternative.

Quora, the popular question and answer website has been making news for more than half a decade now. Over the years, it has experimented with many features, among which ‘personal blog’ is our favorite. Of course, it doesn’t let users host their blog on their own domain, but a blogger/artist/creator can take advantage of the massive exposure that Quora offers. Quora has SEO Cloud Content (SCC) which will get your posts on google ranking too.

There are certain tried and tested tricks to monetize your Quora blogging experience, out of which affiliate marketing is the most effective one. You can create ads after signing up for a business account and run your own campaigns. The platform has a few customization options including some layout choices and profile modifications. Quora allows the readers to follow both the blogs and the writers. Quora is an excellent platform to build your secondary audience, and then, if you prefer, redirect them to your original website. One more thing that makes Quora a preferable Tumblr alternative is its option to chat one-on-one with your followers, and an option to follow them back.

A lot has changed on Reddit. It’s better looking and has more functionalities now. Its new compact look, privacy policies, strict moderators, follow and chat options, a wide range of subreddits for all kind of topics and interests and a massive audience are some of the reasons to prefer Reddit for blogging. At the moment, it may not be the most preferred platform but since it has introduced all the functionalities that an original creator might need, the internet wants to bet on it. As per the sources, it would be the largest blogging platform in the next few years, and if the prediction has any truth, this might be the right time to hop in.

Reddit has its own culture and is quite different compared to the other platforms. Reddit is completely curated by the users and utilizes the upvoted system to rank its content. Within the platform, users get rewarded with Karma points that signal their credibility. We think if one can get into its culture, it’s a warm community to share your experiences.

Mastodon was launched to compete with Twitter. It was a way out for people who were looking for more than 240 characters and blindly following celebrities. Although it is a decentralized platform, Mastodon runs on a similar principle of Twitter in which users follow the topics and people of their interests.

Mastodon is an open-source Tumblr alternative with millions of users. You can create posts on the platform and play around reposts, likes, and comments. The platform doesn’t look like a blogging platform, to be honest, but its functionalities are as strong as Tumblr’s. Users can also take advantage of the hotkeys which can be used to make new posts (links, pictures, text, videos) and do all sort of things related to social media. The platform is popular for its safety. It allows its users to host their personal social media on their private server. So that your data never leaves your servers. This makes Mastodon a great place to share and build communities.

Very few things on the internet claim to stay around forever and Posthaven is one among them. Their website’s homepage proudly claims that they will never shut down, or get acquired. With a minute subscription fee of $5 per month, the service allows you to have up to 10 blogs per account. It’s in their promise to last forever which makes the deal to start your personal blog on it so lucrative.

Posthaven is also rich in features. The platform has email notifications, password-protected blogs, audio, and video support. The platform also features a beautiful minimalist design to keep everything manageable. Users can also invite additional authors to their blogs and customize the look. The platform offers a set of free inbuilt themes. Users also get a complete CSS control to build their own theme. Posthaven, for its immortal promise and rich features, is a great place to start your personal blog.

Minds is a free open-source platform where you can start your new blog or website, or your own social media platform. The platform calls itself the social network of social networks. The platform features blogs, videos, channels, groups, and many more functionalities. The platform has a well-established system to monetize your posts. It also features an Ad sharing program which is peer-to-peer advertising where users can pay using bitcoins, credit cards or swipe.com services.

Minds support private encrypted chats with other members of the community. Users can also earn points for their engagement; commenting, swiping, uploading on the platform. Minds also have a stable mobile app to keep your game on both Android and iOS. The platform also puts its source code in public for its users to review and contribute to. Minds is an excellent place to share your experiences with people and discover what other people are sharing.

The Tumblr vs Pinterest debate is going on for years, and often there is no simple answer or the winner among them. It all depends on the need of your brand. While Tumblr is a simple blogging platform, Pinterest is a visual social bookmarking tool. Through Pinterest, users can pin images and videos that they like on the internet. The platform features pinboards which act as a bulletin board to hold your pinned content. Users can organize their pins into separate groups for easy management and sharing.

Apart from being a blogging platform where you can share your experiences in a visual format, it also acts as an excellent social platform where users can comment, like and repin your posts on their own pinboard. This platform helps in making a two-way conversation. There are some other things to consider before you hop on to Pinterest. To thrive in Pinterest, it is important to be visually creative. The most of users on the platform are female. The platform is young and has immense potential. Pinterest is a perfect Tumblr alternative for lifestyle and fashion brands.

Ghost is a recent venture out of a Kickstarter funding campaign and currently is an open source blogging platform. Ghost has only one mission at hand, to make writing and publishing easy. The platform is based on Node.js runtime environment, which is the very reason it is responsive and super fast.

Ghost comes in two variants. First is for self-hosting whose monthly subscription is between $5-$10. Second is the web-server hosted which costs at $19 per month. If you are looking for a Tumblr alternative that’s lightning fast at its functions, Ghost is the place to be. Since it is an open source, it’s continuously growing and adding new features every month. At the time of writing, the platform was planning on its third-party apps, developer tools, analytic tools and many more.

Here are our top 10 picks of Tumblr Alternatives that makes microblogging a worthful experience. This list is an attempt to guide you to your next blogging platform.

Do you agree with our list, or do you think we have missed one of your favorite blogging platforms? Do let us know in the comments. Also, to get instant tech updates, follow TechNadu’s Facebook page, and Twitter handle.