Top Upcoming Xbox One Games of 2018 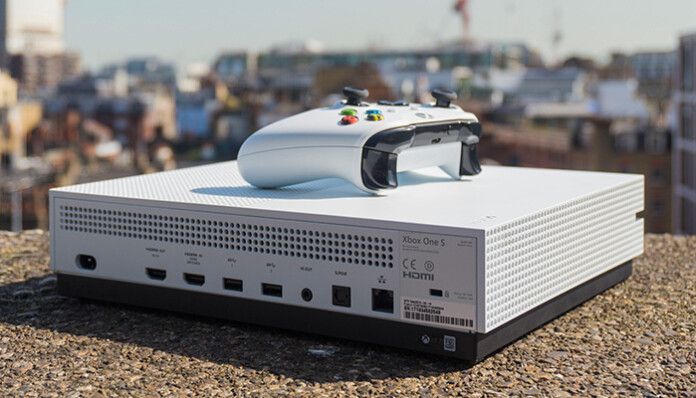 As the gaming battle intensifies between industry players, gamers get to feast upon a slew of new and coming games. As Microsoft launched the Xbox One X in 2017, it closed in the gap with PlayStation 4. The 6TF beast, One X is more powerful than any other gaming console in the world. But we will never know what that means unless the X gets enough games to show its prowess. The horizon is filled with some big and bright games. While we were expecting a few more “XBO only” games, most of the upcoming Xbox One games in 2018 are cross-platform titles. Without further ado, let's take a look at the best upcoming Xbox One games.

The wait is finally over. Here are some of the best Xbox One games that are coming up in 2018 and beyond.

Rare has a really impressive legacy with video games but not many of us were impressed with the first look of Sea of Thieves. However, all the presumptions for the game ended positively as the game managed to impress almost everyone at E3 2017. There are quite a few plot points that will catch your attention.

The adventure in Sea of Thieves is set on the sea. But it is not modeled on traditional lines. That means there is not enough bloody war compared to some other pirate games. However, there is a lot of romance in the game! That makes Sea of Thieves a romantic adventure.

Crackdown 3 is coming out after almost a decade of the release of Crackdown 2. As of now, we do not have tons of details about the game. But what we can tell (and see) is that there is a lot of destruction. And you have quite a few weapon options to carry out just that!

Microsoft is using the cloud computing platform Microsoft Azure for the game. That means players can destroy just about anything that they see inside the video game. In addition to that, you will be treated to a ton of motivating dialogues as well.

The Last Night is one of the most anticipated upcoming Xbox One games of 2018. Built by game developers Odd Tales, The Last Night is a futuristic game. The protagonist Charlie is from the lower rank of the class system. The menial jobs of the city are generally executed by robots.

Presently, Charlie has enough time to loaf around in the city. He speaks with other people and picks up random gunfights. We hear that the game was first prepared for a game jam. The developers ended up taking the development of the game from one end to another.

It is always a pleasure when developers design the concept of a game on a human emotion. State of Decay is a gripping tale of human ambition. In State of Decay 2, the focus of the developers is more on the survival aspect of the gameplay. However, that does not mean there is a dearth of action or horror.

Unlike the original State of Decay, the second installment has the option for co-op play. Just this facet has set the pulse racing for many gamers. This also serves as a testament to what can be done when a gaming studio gains money and experience!

We tried hard but it appears like Far Cry 5 is hiding more than it is revealing. At least that is what we read after going through whatever media is presently available for the game. From here, it looks like just another title from the Far Cry franchise.

The psychotic villain in Far Cry 5 can only be taken down with the best of co-op play. You will immediately find access to plenty of driving and riding vehicles in addition to weapons. Liberating zones from occupying forces will be the prime objective of the game. Moreover, you can gain friends (and armies) only by liberating more land.

2018 is a good year for gamers. Nothing supports that argument more than another Monster Hunter title release in the year. If at all anything, Monster Hunt: World promises to be one of the most highly rated upcoming Xbox games of 2018. Apart from the Xbox One, the game will also be available on PC and PlayStation 4.

The monsters get bigger with the new Capcom release. However, we hope they have not tweaked the game so heavily that might disappoint some fans. From the information we have so far, it looks like another solid open-world adventure.

Hazelight Studios was not in the mood to give away anything about A Way Out until E3 2017. But the game quickly took place among the most awaited upcoming Xbox One games of 2018 the moment people got a look at it. And the rumors kept building from there on.

The first half of the game is mostly about the prison break of the two protagonists. The developers have spent some careful timing on the storyline. Once they are out of the poison, the challenges keep heaping on the duo. There is plenty of humor and wit in the game as the plot churns.

Many fans were a little dismayed with another studio trying to recreate the iconic Dragon Ball Fighter Z game. But people soon settled in with comfort from the fact that it was none other than Arc System Works that has the Guilty Gear series solidly pinned on its shoulder.

The teaming system of 3-versus-3 definitely works for Dragon Ball Fighter Z. Only this time, you can expect even smoother frame rates when the intensity of the games goes further up. We hope the game becomes everything that fans are expecting from it!

Dontnod Entertainment has the credit of creating some of the most popular titles for Xbox and PC so far. After Remember Me and Life is Strange, we have Vampyr! The Vampyr IP is quite different from what the developers have shown us so far. And there is the trick of the game.

There was a Spanish flu pandemic in 1918 London. Vampyr takes place in that setting. You play the role of Dr. Jonathon Reid. Even the protagonist is a vampire with a list for blood. He is only somehow surviving the condition with the Hippocratic Oath. The inner strife of a vampire should be worth the buy!

It is not the first time we are expecting some extraordinary magic from Rockstar Studios. And we are sure this will not be the last time either. After Grand Theft Auto and Bully, we are thrilled about the release of Red Dead Redemption. And now we have a second part of the grand game coming out in 2018.

Red Dead Redemption has already been played by gamers all around the world. The narrative is pretty clear with the trailer of the game. There is plenty of cowboy-style gunfights and horse riding in the game. The mission statement is still not clear to us though.

Life is difficult when you have survived an apocalypse and there is not much regular life left around you. That is exactly what we learned when 4A Games gifted Metro 2033 to us. The dark world that the game had built will linger with us for years to come.

At the moment, the lids are still on the Metro Exodus can. But the developers have worked on the game unrelentingly. That is an indication they have cooked up another adventure that is more than worth our time. Metro Exodus will send shockwaves in other games if it is three quarters of Metro 2033.

Anthem is an open-world, co-op player where there are more options than you can try out in a full year. That is right. Every mercenary in the game gets a unique exo-suit that instantly makes them a superhuman. You and your friends can fly, swim, fight monsters, and explore.

The intuitive open world environment of the game means that you will never run out of new-creature-encounters. The multiplayer kind of format available for the game will surely attract many “mission-minded” gaming communities. If BioWare gets their elements right, Anthem could be the game to watch out for in 2018.

Beyond Good and Evil 2

There are different kinds of species that interact with one another while pulling off heists. The dialogue writing is fabulous and the graphics look amazing. We just hope they have not overdone all of it. But all of us can trust Ubisoft to strike the right balance with this one. Hopefully, this game developer will manage to bring us one of the best upcoming Xbox One games soon.

Given the quality of games that are about to come out, Xbox is not a bad device to own in 2018. If you are anything like us, you already have your bucket list ticked off. If not, we hope you will have more clarity after reading this list.

Is there any other stupendous upcoming Xbox game that we missed out? Write back to us. See you soon with more games!