TikTok & WeChat to Be Banned in the USA Starting September 20 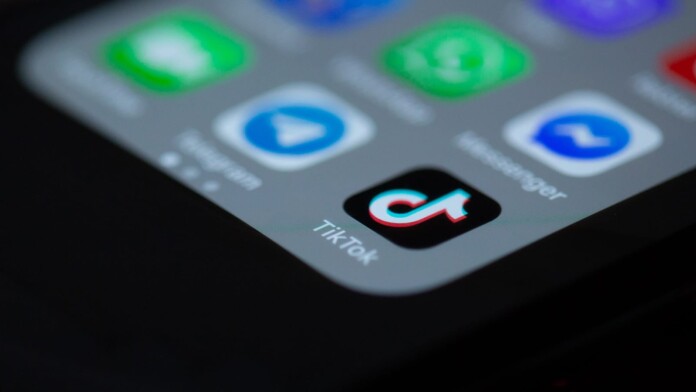 We’ve heard plenty about a potential TikTok ban in the United States of America during the last couple of months. The Trump administration’s goal was to facilitate a deal where TikTok would sell its US-related business to an American company, which failed to happen. With that said, the USA is now preparing to ban TikTok and WeChat in the country, starting this Sunday (September 20, 2020).

As reported by Reuters, the source of this information comes from the US Department of Commerce, with three officials confirming the story. All of the sources say the same thing – predicting Trump’s decision to ban people in the United States from downloading the two Chinese-owned apps. This decision is expected to be introduced as soon as tomorrow, September 20.

In case you’d like to read the full order submitted by the US Department of Commerce, make sure to click on the provided link.

TikTok & WeChat Are Expected to To Gradually Lose Their Functionality

As the leaked PDF document says, the first step is to “de-platform” WeChat and TikTok. This means Apple and Google will be forced to remove the apps from their app stores. In turn, this will prevent users from downloading the apps – as well as to update them.

Apple and Google will continue to offer WeChat and TikTok outside of the US, at least in counties where the apps aren’t banned.

When it comes to WeChat users in the US, their access to the app will be limited started September 20. Certain functionalities will stop working, so you can expect to experience problems using the app. The same doesn’t apply to TikTok, which has until November 12 to strike a deal with a US company and sell its business. If that doesn’t happen, TikTok will stop being operational in the USA in mid-November.

In other words, those using TikTok in the USA shouldn’t be affected by this decision, at least for now. Even though the app won’t be listed on Apple’s App Store and Google’s Play Store, TikTok should remain functional for those who already use the app on their phones.

Besides, US companies will be allowed to continue doing business with WeChat outside of the US, as otherwise would noticeably harm the US economy. For example, companies like Walmart and Starbucks offer transactions via WeChat, which will continue to operate in the foreseeable future (outside of the USA).

In statements provided to TechNadu, cybersecurity experts agree that the time has come to scrutinize data-logging practices by apps such as WeChat and TikTok. In addition, experts believe that forcing US citizens to remove the apps would be a futile attempt.

Instead, the government will probably opt for a corporate-level effort, forcing Apple and Google to remove the apps, routing their users towards safer alternatives.

Related: Hackers Could Send Malware to TikTok Users via SMS

“In protecting our larger national interests, will we end up hurting the economic interests of our citizens (who depend on these apps)? Likely yes. But time has come that we look at stricter and tighter guidelines around application distribution up front to disallow potential adversarial risks from apps in this day and age where downloading these apps is a finger tap away.” – Setu Kulkarni (Vice President, Strategy at WhiteHat Security)

With that said, we strongly recommend thinking twice before downloading apps that are advertised as alternatives to WeChat and TikTok.

“A nationwide ban would also open up opportunities for cybercriminals to fill the appetite for TikTok with malicious versions of it. Considering the young user base that TikTok has, it’s natural for consumers of that age to want something more when it’s taken away from them.” – Hank Schless (Senior Manager, Security Solutions at Lookout)

Lastly, we’d like to address the question of using VPN services to access TikTok. From the current perspective, it looks like VPNs will soon become even more popular across the USA, as a selection of those should bypass the US TikTok ban.

With that said, our recommendation is to read our central piece on using VPNs to bypass TikTok. You won’t only learn about the way the USA plans to ban TikTok, but you’ll also learn about the VPN services that’ll help you access TikTok – even if it gets banned on the ISP level.

How to Watch Texas Rangers Games Online Without Cable

The MLB is one of the most exciting sports leagues in the world, with 30 teams battling it out every year to...
Read more
Streaming

How to Watch Generation Gap Online From Anywhere

It's summer, so it's time for game shows to come out of the woodworks. Generation Gap is heading for ABC this month,...
Read more
Streaming

The upcoming twenty-fourth season of the American reality television program Big Brother will premiere soon, and you will be able to stream...
Read more
TechNews