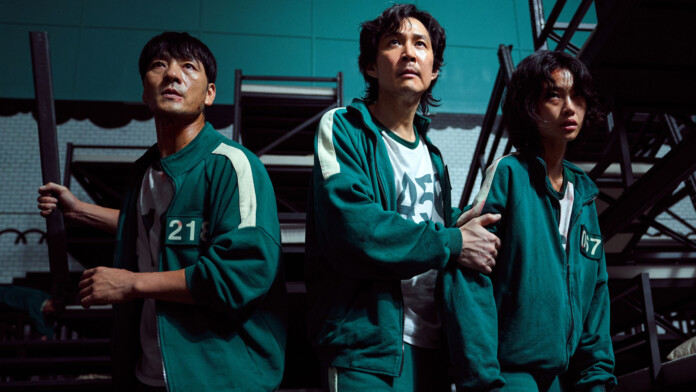 The Squid Game series was a smash hit for Netflix when it launched in September, starting a global craze to watch the story of poor people who play a Korean children's game to win 45.6 billion Korean Won (over $38 million) with their life on the line. Since refusing to play the game still ends with death, it is not a real option, and things get tense. But what will the second season bring?

The first season landed recently, but the show reached a whopping 111 million households after launch and got an awful lot of fans hooked. The popularity of this show made it the most demanded show globally this September, placing it right next to the streaming platform's Sex Education and La Casa de Papel (Money Heist) series.

The high demand also drove the writer and the producing platform to consider launching a second season soon to feed the appetite of passionate fans.

In a recent interview with AP, Hwang Dong-hyuk, the director, creator, and writer of the Squid Game story, said the show will be back soon. He said Squid Game Season 2 is in the planning phase right now, but it's too early to tell when and how things are going to happen.

"There's been so much pressure, so much demand, and so much love for a second season. So I almost feel like you leave us no choice! But I will say there will indeed be a second season. It's in my head right now. I'm in the planning process currently. But I do think it's too early to say when and how that's going to happen. So I will promise you this - Gi-Hun will come back, and he will do something for the world," he said to AP on the red carpet.

The first season took two years to launch, with the first series announcement made in 2019. However, since now the story already has a direction, fans worldwide hope the Squid Game Season 2 release date will be by the end of 2022.

We don't have a trailer for season 2 right now since the first one launched a little over a month ago (September 17, 2021). However, we have a feeling we might actually get a teaser for the second season by the beginning of 2022. Fingers crossed!

This is another dark alley in the Dark Squid story, as we have no idea what the plot is for the second season since not even the writer knows yet. Hwang Dong-hyuk gave only a small insight that he would be working with many experienced writers to develop the next season's story, but that's about it. We will update you when more information about the plot surfaces.

Fans hope the plot will be centered around the main character's saga after returning home and seeing how he decides to spend his life - and his hard-earned money. Some fans hope that he would go meet his daughter and give her the gift, others that he would not spend the money and try to put an end to these gruesome games. Of course, since he never boarded the flight to go see his daughter in the season finale, we could also expect he stayed to destroy the game's creators (besides player 001, who died in the first season), meaning we'll get to see six games and hundreds of contestants again.

After all, seeing Gi-hun as the main character again would be an awesome follow-up, and this fan desire to see player 456 return was kind of confirmed by Hwang Dong-hyuk in the interview above.

Considering we don't know the plot yet, but we do know Seong Gi-Hun may return, Lee Jung-Jae is expected to return. As for other actors, we will have to wait for official (or casual) announcements soon.

However, since there's no news on the second season's story and many characters were killed off already, we can expect to see new faces in this story.

How Many Episodes Are in Squid Game Season 2?

That is definitely a still unanswered question, but the number will most probably resemble the one attached to the first season, which was nine episodes. We can expect Squid Game Season 2 to have nine episodes, but that information will surely surface together with details regarding the plot and the cast.

Where to Watch Squid Game Season 2?

Squid Game is owned and produced by Netflix, so we can only watch it on the streaming platform. Since it's original content, this also means it is available in all Netflix libraries in all corners of the world. That said, you will be able to watch Squid Game Season 2 on Netflix as well. Follow our link if you would like to rewatch Season 1.

Can You Watch Squid Game Season 2 Without Netflix?

It's a solid "no." Squid Game is a Netflix original series, so you can only stream Season 2 on the parent platform.

Can I Watch Squid Game Season 2 in Korean and English?

Since the series' original language is Korean, you can definitely watch Squid Game in Korean. But also in English and other languages such as Spanish, French, and German.

There are also English, Korean, Spanish, and Simplified Chinese subtitles, so you can always keep the original audio and use English subtitles or play with combinations of the audio and subtitles to suit your needs.

Can I Watch Squid Game Season 2 for Free?

If you are a T-Mobile customer, you have Netflix included with the Magenta and Magenta Plus family plans, so you can definitely watch Squid Game Season 2 for free when it appears. We recommend you check your local carriers and/or cable providers around the time we get a date for the second season's release to see if there are any offers that include Netflix free access (these companies usually offer free Netflix for new customers for a fixed period, like one month, or six, or more).

There's also a free Android trial offered by Netflix in Kenya right now, but it's not really attractive if you're living in the US, and we're not sure how long that will last since we don't know when the new season launches.

Unless there's a special marketing campaign that offers access for free (such as last year's "StreamFest" in India, for example), this paid streaming platform does not offer free trials on its own anymore, even though it used to have a 30-day free trial. Right now, you can only get it by paying a monthly subscription - in the US, and you can get Netflix on your devices for $8.99 for the Basic plan, or go for the more expensive $13.99 Standard and $17.99 Premium plans.

As we mentioned before, this is a Netflix original series, so it is only available on Netflix - and that stands for the Squid Game Season 2 as well. The roaring success of this series and the high demand could someday convince the owning platform to sign collaboration contracts and sell streaming rights to other platforms such as HBO Max, Hulu, Amazon Prime Video, Disney Plus, Paramount Plus, or Discovery Plus.

It's not like we haven't seen Hulu originals on HBO GO and such. However, as we've seen before, that seems highly unlikely when it comes to Netflix's original content.