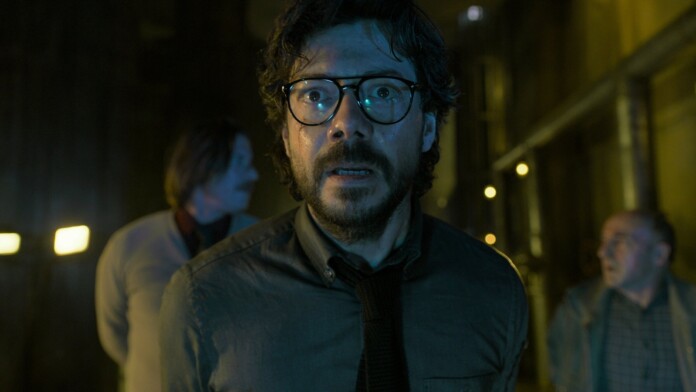 Everyone is waiting for Money Heist season 5 volume 2 to appear (or "season 6," "season 5 part 2," or just "the final season"), and it's really not that long of a wait now. We have all the information on the next chapter of the Netflix series that first launched in 2017 and had people hooked since, such as the release date, details on the cast, the trailer, and how to watch it.

Fans of La Casa de Papel from all over the world are excited on the one hand, and on the other hand, kind of fearful of what's to come after Tokio's death broke their hearts. This Spanish heist story was an emotional carousel for its viewers, and killing off the main character surely was a bold and dramatic move. Rumors online say Alvaro Morte's El Profesor is going to die in the series finale, but we'll just have to wait and see.

Even though this was a Spanish series, thanks to dubbing and subtitles in part, it reached 62 million households and even more fans all over the world, so it's safe to say it is one of Netflix's hits, next to the platform's Sex Education and Squid Game series. According to Parrot Analytics, at the beginning of September this year, Money Heist was the most demanded series globally across all platforms.

The world's greatest heist comes to an end on Friday, December 3, 2021. Of course, since it's a Netflix original, we'll be able to see our favorite group of robbers again on the streaming platform starting with 00:01 PT / 03:01 ET. As we're already accustomed to, Volume 2's episodes will be available all at once.

After teasing us with a few peeks inside the last season's story, La Casa de Papel finally released an official and proper trailer on November 3, 2021. You can (re)watch it below.

As we can see, the tension builds as everyone is on edge. Will the crew escape? Will Colonel Tamayo send in the forces? Could the relationship between the Professor and Alicia shift? Could Alicia sell him out to protect her unborn child from a fugitive's life? The fan theories all over the internet are too many to mention, so we'll just have to wait and see.

Besides the main character played Alonso Morte, we can expect to see the following cast members reprising their roles:

Where and How to Watch Money Heist Season 5 Volume 2?

Money Heist is a Spanish series, as we well know. It saw the light under the name La Casa de Papel by Alex Pina, initially airing in 2017 on the Spanish channel Antena 3. After a good start, the series revenues plummeted, and that is when Netflix stepped in and bought it, gave it the alternative name we now know it by, and launched it again in December 2017.

So, since this is now a Netflix-owned series, we can only watch it on the streaming platform. This also means it is available in all Netflix libraries around the world.

How Many Episodes Are in Money Heist Season 5 Volume 2?

As we can see on the Netflix platform, the first part of Season 5 had five episodes, so the second part of season 5 is expected to have 5 episodes as well. Most probably, they will all be around 50 minutes long, just like the ones before.

Can I Watch Money Heist Season 5 Volume 2 in Spanish and English on Netflix?

Since Money Heist's original language is Spanish, you can definitely watch all the seasons in European Spanish, but also in English and other languages such as German, French, and Italian. Of course, you can always keep the original audio and use English subtitles or the other way around.

Can I Watch Money Heist Season 5 Volume 2 for Free?

For T-Mobile clients, Netflix is included with the Magenta and Magenta Plus family plans, so you could watch Money Heist Season 5 Volume 2 for free. We recommend you check your local carriers and/or cable providers for active offers that may include Netflix free access (usually for a fixed period, like one month or six). There's also a free Android trial in Kenya right now, but it's not really attractive if you're living in the US.

Unless there's a special marketing campaign that offers Netflix for free (such as last year's "StreamFest" in India, for example), this streaming platform does not offer free trials on its own anymore, so you can only get it by paying a monthly subscription.

Otherwise, you can get Netflix on your devices for $8.99 for the Basic plan, or go for the more expensive $13.99 Standard and $17.99 Premium plans. These are the US rates, of course.

La Casa de Papel is owned and created by Netflix now, so, for the moment, it is only available on Netflix. Depending on whether the success of this series convinces the parent platform to release it into the world, it might someday become available for Hulu, Amazon Prime Video, HBO Max, Disney Plus, Paramount Plus, or Discovery Plus customers. However, that seems highly unlikely since Netflix originals don't really make it to other streaming platforms.