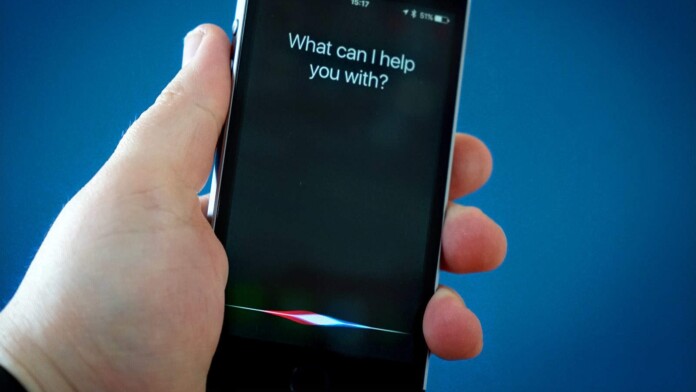 Phones are arguably the most important invention in recent times. It started by transforming the way we communicated with each other, and today it is changing the way we interact with our mobiles, with the help of digital assistants. Digital assistants are no-more a fantasy from a sci-fi novel; it is rather a reality. They live with us. They talk to us. And they also wake us up to remind us to call our moms. They are fantastic. Apple was the first one to launch a mainstream digital assistant in the market in the form of Siri. That step ignited the artificial intelligence sector in the world, and subsequently, so many beautiful things came out of it. However, Siri isn’t available on Android—the most popular mobile operating system on the planet. Luckily, we found quite a few alternatives to Siri for Android, and they are better than Siri. Sorry, Apple!

In this article, we will list our 6 Siri alternatives for the Android platform. These digital assistants are far advanced than Siri in terms of capabilities, and potential. Google has been ruling over our lives for a decade now. It’s comfortably unsettling how dependent we are on our technology. Anyhow, Google somehow always comes with products that truly resonates our needs. Google Assistant is just another addition to that legacy. Google has served us through its mailing service, Video streaming platform and tens of other useful products that currently contribute positively to our lives. In return, we feed Google with data and that is how we all have been getting personalized service. With Google assistant, now this personalized experience can interact with us, verbally. So, all the power of Google could be controlled through your voice commands. Doesn’t that sound comfortably cheeky?

Today, ‘Hey Google’ has become a cultural reference. This conversational Google Assistant is arguably the most advanced mainstream mobile assistant in the world. The entire credit goes to Google’s consistent strive to build a product that could be both functional and funny. Yes! Google Assistant responses are way funnier than Siri. Before Google Assistant, Siri sounds like a workaholic secretary who has family issues—Siri is too cold.

If you’re looking out for a functional alternative to Siri for Android, which is far more powerful and versatile than all its competitors, then Google Assistant is the answer. While the other digital assistants revolve around reminders and emails, it is coming up with the ability to call other people and fix an appointment, all by itself. Now, that’s impressive! It comes with tons of advanced features and a few humor tricks up its sleeves. Currently, it comes preloaded with all the Android phones and is available on app stores for free. We give it our first spot. 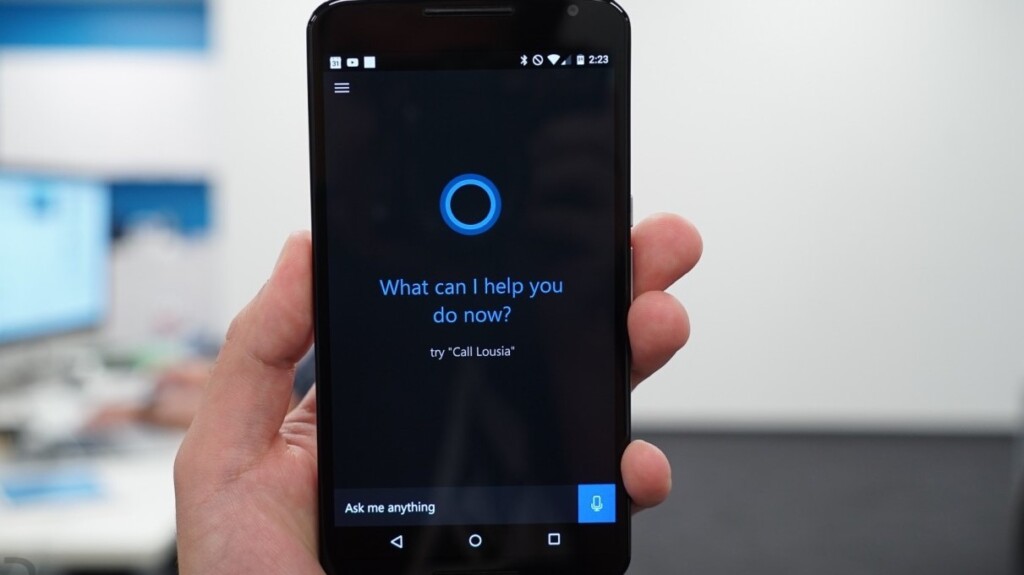 When all the major mobile operating systems launched their digital assistants, Microsoft competed with Cortana back in 2015. But things have grown since then, and today, Cortana is a cross-platform digital assistant. Baked in Windows 10, it is also available for both Android and iOS. Its presence across the multiple platforms is its biggest advantage over its competitions, which are mostly dedicated to only one OS. This facilitates you to receive your emails, texts, and phone notifications across your devices—be it Android, Windows, iOS or Xbox. This is something no other assistant on the list can do. If you already have a relationship with Cortana on your PC and Xbox, then logically, you would want the same experience to continue on the other platforms, and Cortana rather helps with that.

The name ‘Cortana’ comes right out of the famous Halo game. Cortana is powered by Bing, which means all the searches and results are put out using Bing.  Apart from standard reminders, web search and mailing capabilities, Cortana also has a personality. It feels more like an actual person—more personal than any other digital assistant on the list. It also syncs well with the Amazon Echo devices, which could be the other family of devices you can hang out with while being on the platform.

However, it is not all rainbows and berries with Cortana. Many people found Cortana a bit sluggish, and too lazy to react on Android. But new updates can fix that. Since it is backed by Microsoft, we can expect some great updates in the future. And maybe, soon, it will be more functionally versatile than Google. But until then, it has our second spot. 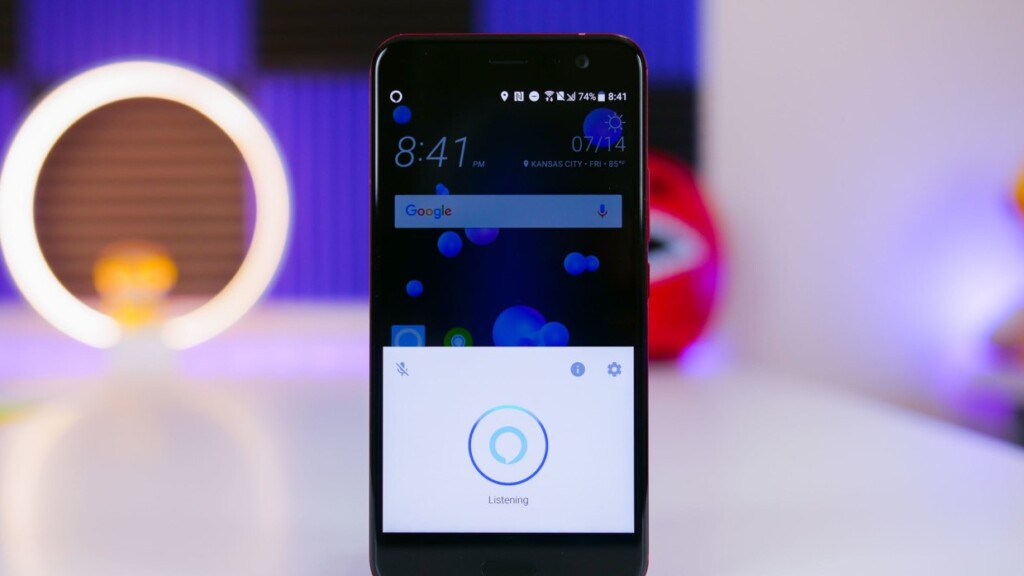 Today Alexa is a household name across the world. The success that Amazon had with its Echo series smart speaker is phenomenal. It probably was the triggering reason why digital assistants became a thing in the world. When it was first launched in its early days, nobody could have guessed what the giant it is destined to become. Today, Alexa is not only limited to Amazon’s Echo and Fire line of devices; it has taken a rather bigger role for itself. The platform has opened its voice service for integration with smart devices, including smart TVs and domestic gadgets. This has taken Alexa to whole another level.

At the time of writing this, the only logical choice for a smart house is Alexa, as it supports almost all the smart devices in the market. In fact, they are designed around its functionalities. While this took a while to spread over the world, today, you can see the sound of ‘Alexa’ all around the planet. As per the recent statistics, Amazon Alexa is available on more than 100 million devices, which gives her the fourth spot after Siri, Google Assistant, and Cortana. However, in terms of functionality and features, Alexa outperforms all of its competition and there are good reasons why. The platform is focused on smart devices and integration with Internet Of Things, instead of playing around with just mobile platforms. Almost all your favorite digital platforms can be integrated with Alexa. Netflix? Yes! Uber? Yes! Pretty much everything. This is what differentiates Alexa from the other Siri alternatives.

Alexa is available cross-platform and doesn’t cost anything, as long as you have the smart device. Its powerful integration and rich features make it worthy for our third spot. Highly recommended. Bixy has come a long way. We clearly remember how in 2018, this Samsung owned AI was incompetent compared to the other digital assistants. But now there is Bixby 2.0 in the Samsung devices, and it seems very promising. First thing first, Bixby is different from all the other assistants. It takes clues from what you need and gets back at you with contextualized responses.

Bixby's basic principle is that if you can do something on the device via touch, then you should also be able to do it via the assistant. This model allows it to edit pictures, compose emails, send texts and many more things on command. Furthermore, it is not just limited to your mobile phones. It can control various smart appliances at your space and some internet of thing (IoT) devices. The support is further extended to other Samsung products including TVs, Fridges and Washing machines.

Bixby Vision has new integrated features with its camera. It lets you point at things and find related information on the internet through its partnered third-party databases, like Pinterest. Bixby has also introduced its new category called 'makeup,' which lets you try different products from Sephora and links you directly to buy them. Overall, Bixby feels useful and can help in your daily tasks, unlike its previous versions which felt like Samsung was forcing one more app on us. It's definitely worth a try if you own a Samsung smartphone. Back in 2013, Lyra was launched by the name Indigo, which was just a basic tool for simple elementary tasks. However, over the years, it grew into a cloud-based featured-packed digital assistant that uses your voice commands to perform daily tasks on your mobile. One thing that gives Lyra an edge over the other Siri alternatives is its cross-platform availability. Its ability to give a consistent personalized experience no matter which device you are on, does make it a strong contender.

While testing, we found Lyra’s voice a bit too robotic, although her responses were pretty conversational and funny. Apart from that, Lyra does understand the context. It remembers things you tell her, and often bring them up in the later conversations—the way a smart assistant supposed to. We also liked the fact that like Google Assistant, Lyra too is a multi-lingual platform which supports over 70 languages. 70 is a lot of languages by any standard. Super like!

Lyra Virtual Assistant encourages users to prefer natural language over specific robotic phrases. This is what makes communication on Lyra intelligent and rich. Apart from the usual stuff; save notes, reminders, set alarms, web search, stream music, and general knowledge, it also allows users to customize itself as per their taste. This is, as per us, the most important aspect of having a digital assistant. We highly recommend Lyra for your daily hustle and fun. It seems Batman doesn’t need Robin, for now, and he is out there to assist you. We were impressed by the choice of name and the impression kept its positivity throughout our testing. One thing that clicked out from the picture was that by default, Robin has a female voice, which rubs off the story impression. Anyway. The program is designed around privacy and somehow is the only mainstream voice assistant that doesn’t collect your private information. We should make one thing clear, that Robin is not a full-featured mobile assistant like the other four alternatives. It is more like a driving assistant, which will do a set of tasks while your hands are busy with the wheel.

The appearance of Robin reminds us of Siri. By that, we don’t mean it’s a copy, rather not by its structure. However, it gives a similar feel and experience. You can activate Robin with gestures over your screen, which we found pretty useful, considering you would mostly use it while driving. You can control Robin through voice commands and as per our testing, it doesn’t have much of a personality to complain about. However, it does advanced map-related tasks, like finding the shortest route to home.

For anyone who would want Siri-like experience on their Android devices, Robin would do the job. The platform is free of cost and could be put to use at many tricky turns of life.

In this article, we explore some of our best Siri alternatives not just for Android but for every platform. In addition to that, we have briefly described the prime reasons why we picked these digital assistants over others. With the help of this article, hopefully, you’ll find an apt alternative to Siri, which both respects your freedom and privacy.

Do you agree with our list, or do you think we have missed one of your favorite digital assistants? Do let us know in the comments. Also, to get instant tech updates, Follow TechNadu’s Facebook page, and Twitter handle.