What Exactly is Silk Road and its Impact on Dark Web? 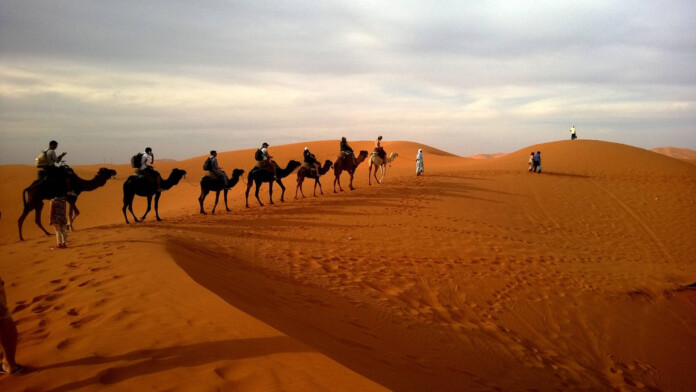 No one really cared about the Dark Web for years and years. It was simply a place where hackers could meet in secret and people with weird (and often illegal) interest could exchange digital content.

Then the world went through the invention of Bitcoin - cryptocurrency. This decentralized digital cash has caused all sorts of headaches for the international banking system and various governments. It allows for cash to be moved between people without any oversight from central institutions.

The combination of the technology supporting the Dark Web and Bitcoin created a unique opportunity. One which the founders of Silk Road jumped on with great success.

The Silk Road in Brief 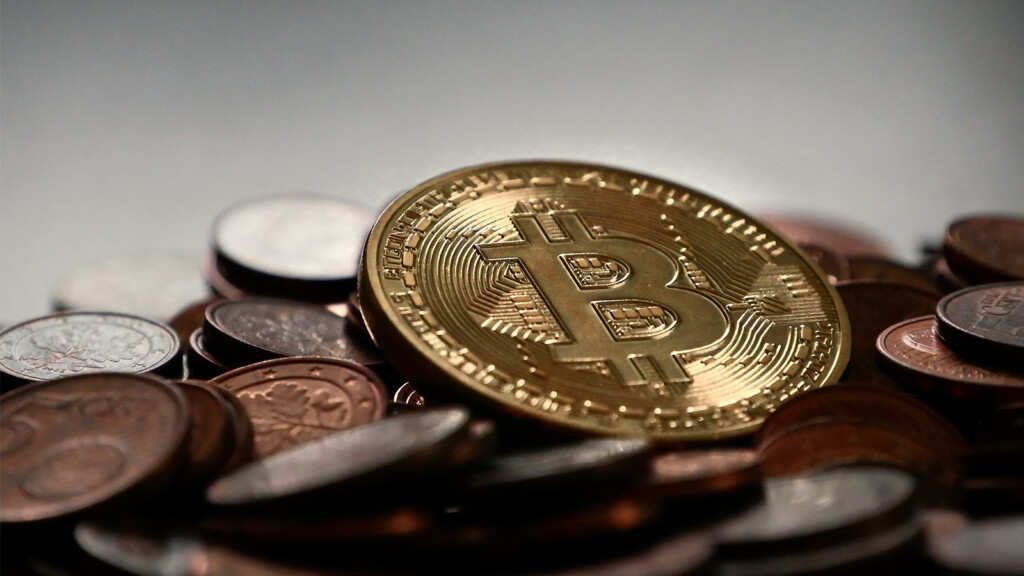 Before we go into detail about the Silk Road, here are the most important things you should know.

The Silk Road was an online black market which provided a place where people could buy and sell just about anything. Thanks to the anonymity afforded by both the Dark Web and Bitcoin, it became a magnet for a massive amount of illegal trade.

The Silk Road was around for surprisingly long time, given how much effort law enforcement put into taking it down. 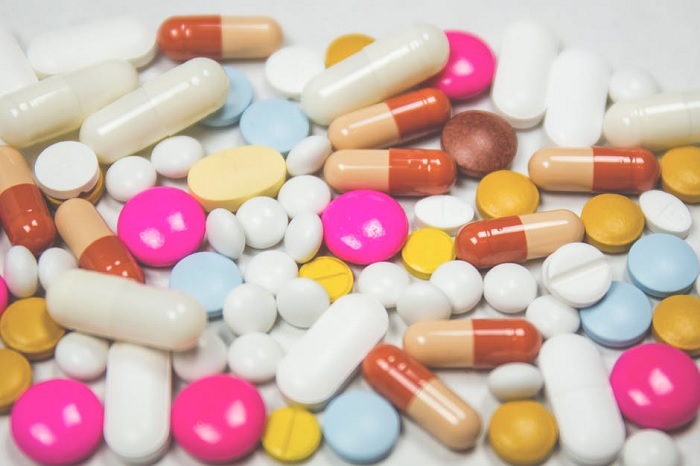 The Silk Road was first established in February 2011. The person responsible for founding the Silk Road was one Ross Ulbricht. A young Texan man whose personality and a social image would never suggest someone who could mastermind the world's biggest online black market. Even today there is a doubt that Ulbricht is, in fact, the founder and true mastermind behind Silk Road. Working under the name "Dread Pirate Roberts" Ulbricht might have been a patsy or one of several people who made the Silk Road what it was.

Bitcoin Talk is an internet forum that unsurprisingly provides a place where people can chat about Bitcoin and Bitcoin-related topics. About three weeks after Silk Road first started operations, rumors about it surfaced here. There’s a general sense of skepticism with modders even deleting threads, but soon it becomes clear that Silk Road is very real.

The Gawker Blessing and Curse

Whoever was behind it, things really started to take off for Silk Road after the now-defunct blog Gawker published an article about it. Following this, the site started to get way more traffic. However, at the same time, it was now brought to the attention of the FBI and other international entities who weren't too happy about it.

In June of 2011, the official Silk Road forums are launched on Tor hidden services. A user simply named “Silk Road” acts as the official customer relations person. Rumour has it that this was Ulbricht himself, but there is no evidence for it. This lasts for a while, but in February of 2012, it seems it was no longer posting. Instead, a new user named “Dread Pirate Roberts” takes over. Here authorities are more certain it was Ulbricht behind the account, but of course, this is disputed.

Despite their policy against items that can be used to defraud people, Silk Road adds forgery products for sale just a few months after launching. It’s not a free-for-all, however. In true Libertarian style, these forged documents are mainly ones that help you keep the government off your back. Such as fake drivers licenses and IDs. Anything else seemed off limits.

On the 19th of October 2011, the Silk Road experiences technical problems. It turns out that the site was being run on several servers without the server owners actually knowing about it. What started out as a shoestring site had finally outgrown its confines. So the admins used some of that sweet commission money to pay for proper infrastructure.

Late in 2011, FBI agents start buying drugs on Silk Road. This is part of their efforts to gather information. If any of the delivered products can reveal a seller or some other information, it will provide a starting point. The hunt is now truly on.

Signs of trouble began in 2013. The site became the victim of a DDoS attack. This is an attack where a large number of computers repeatedly try to access a site. This overwhelms the server and makes the site unavailable to legitimate users.

Soon after this attack, the FBI found the Silk Road's real IP address. Once that was confirmed it was only a matter of time before the site was seized.

Behind this was a long list of efforts by law enforcement to build a case and set traps. Unknown to the Dread Pirate Roberts, one of the people he’d been communicating with was actually an undercover agent. This agent posed as a smuggler with lots of product to move. By building trust this agent managed to get Ross to give up information and incriminate himself. This is where Ulbricht asks the “smuggler” to murder an employee who stole Bitcoin from Silk Road. The agents go as far as staging the murder, providing Ross with “evidence” it’s done. These seedy events lead up to the eventual server IP discovery and capture of Ross.

Early in October 2013 Ross Ulbricht was fingered as the main figure behind Silk Road and arrested. Not only did they arrest him on charges of money laundering, hacking and of course dealing drugs, but also for attempted murder. Yes, apparently Ross had paid a huge sum of money to have some people taken care of. Unfortunately for him, Darknet hitmen aren't real. So no murders actually happened. Especially not the one staged by the FBI!

What Was For Sale?

They say that about 70% of all the products on Silk Road were drugs. Which means there were 7000 items for sale under various drug categories.

It’s almost easier to list the things that the Silk Road did not sell. Ulbricht is a Libertarian and this implies that he’d disapprove of items that would let people infringe on the rights and freedoms of others. Whatever their reasons, the founders of Silk Road decided to prohibit any items designed specifically to harm other people. Either through violence or fraud. So this was one of the places on the Dark Web which explicitly did not allow the sale of adult content featuring minors. If you wanted stolen credit card numbers, well that was out too. Weapons? Nope!

Funnily enough, despite being a “black” market, Silk Road also featured plenty of items that weren’t illegal at all. You could buy legal adult material, artwork, books, and even clothes. It operated a lot like any modern online store, with reviews from other buyers helping uncover scammers or bad products.

How Much Money Was Made?

Getting the exact numbers running through Silk Road is a problem, but there are some solid estimates out there. Over the total lifespan of the site, a staggering 1.2 billion Dollars was passed around. Of this, about 80 million was commission taken by Silk Road itself. Not bad for such a short run!

After the original Silk Road bit the dust, it didn't take long for new Darknet markets to pop up and fill the massive vacuum left by this pioneering site.

Silk Road 2.0 quickly appeared and was then also taken down. Alphabay and Hansa are two other markets which had more success than the copycat Silk Roads but were also taken down eventually.

Today there are plenty of Darknet Markets to choose from and it continues to show that taking them down is like fighting a mythical hydra. If you kill off one, two more pop up to replace it.

The Impact of The Silk Road

The main impact of the Silk Road was most definitely the sudden attention of the world on the Dark Web and its related cultures and technologies.

Before Silk Road technologies like Tor and Bitcoin were not the sort of thing you’d expect regular non-tech people to chat about over dinner. These days, however, most people will have at least heard of the terms. Even if they don’t fully understand them. Heck, even my uncle is in the Bitcoin business now and he used to sell farming supplies!

Silk Road also threw the US war on drugs into sharp relief. It showed how willing regular people were to spend money on recreational substances. Another nail in the coffin of the idea that recreational drug use should be criminalized. Since the Silk Road fell marijuana has been legalized for recreational use in many parts of the USA. Social attitudes have changed drastically. While you can’t put that all at Silk Road’s door, it certainly made politicians think twice. Especially since it provided a safe, non-violent way for people to get the drugs that they were going to buy anyway.

Living in a Post-Silk Road World

While Silk Road did big business and Ross Ulbricht is doing a hard time, that's hardly the end of the story.

This market was a pioneer, no doubt, but the very public story of its takedown has made newcomers smarter. Warier. Much more sophisticated.

It's also helped point out privacy flaws in technologies like Bitcoin. Which means better versions of these first-generation technologies have been developed. Global law enforcement is now in an arms race with those who want to run successful black markets on the Dark Web. The problem is that the market owners are numerous and highly-motivated. It's unlikely that Darknet markets will ever be eliminated completely, rather some sort of balance will be struck. Right now, however, nothing is set in stone.

Do you have your own Silk Road story? Do you think Ross Ulbricht got a fair sentence? If you think this article was worth reading, please share it with your friends. Don’t forget that you can follow us on Facebook and Twitter. Thanks for reading!