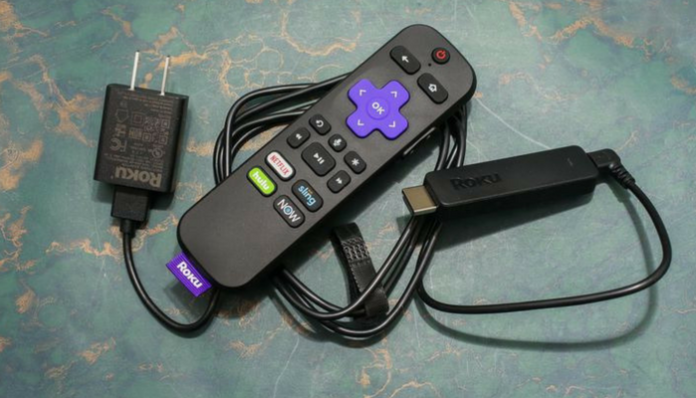 Roku media streaming devices are generally cheaper than its competition. With the Apple TV selling at around $180 and Chromecast Ultra around $70, the basic Roku Streaming Stick comes at a price as low as $47. Now, even that got cut down to $39.99. If anyone has been thinking about cutting the cord, then this will be the ideal purchase. Grab the deal from Amazon for just $39.99.

Despite the price, the Roku Streaming Stick is a powerful device. Just cramped into a small, slick pen drive like casing you get the power of a full-blown home media system. Granted, the Roku Streaming Stick is only limited to streaming videos in full HD, and can’t handle 4K streaming. But if you can deal with that, then everything else is just a plus.

Now, this is new updated Roku Streaming Stick which came out in 2017, early October. It boasts some impressive upgrades over its previous iteration including an updated remote with voice control (something which was not present before) and a couple of extra buttons. Then there are two AA batteries, but you can replace them with rechargeable ones if you don’t like to keep buying new batteries. Also, the processor has been revamped to be 50% faster than before.

It is also super simple to set up with your TV. Simply plug in the device into your TV’s HDMI port, and you are good to go. The Roku stick gives you access to over five hundred thousand movies and TV shows and over five thousand streaming channels, so you will not be out of media content to stream. It also has dedicated mobile apps for Android and iOS users as well.